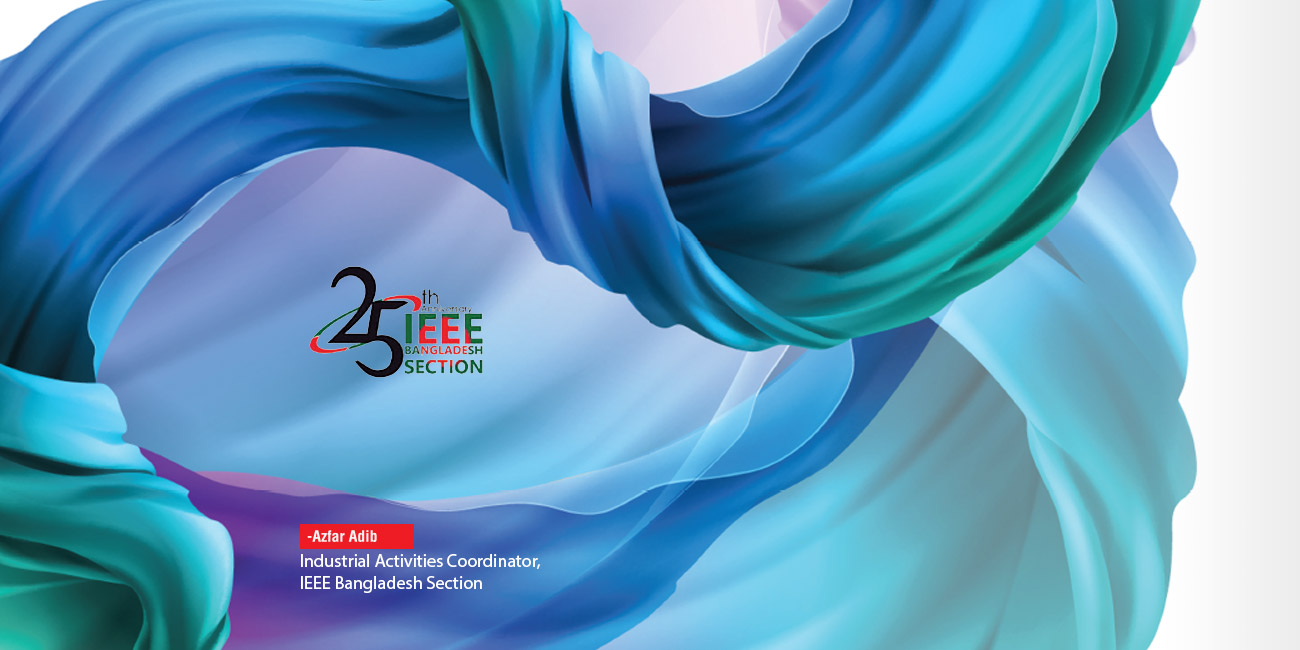 Institute of Electrical and Electronics Engineers (IEEE) is the world’s largest association of technical professionals with more than 423,000 members in over 160 countries around the world. IEEE is dedicated to advance innovation and technological excellence for the benefit of humanity; and designed to serve professionals involved in all aspects of the electrical, electronic, computing fields and related areas of science and technology.

IEEE has a magnificent history. In the spring of 1884, a small group of individuals in the electrical professions met in New York, USA. They formed a new organization named the American Institute of Electrical Engineer- AIEE, to support professionals in their nascent field , with the aim to strengthen their efforts to apply innovation for the betterment of humanity. AIEE held its first technical meeting in Philadelphia, USA in October 1884. Early leaders of AIEE included some legends like: Thomas Edison representing power industry, Alexander Graham Bell representing the telephone industry, Norvin Green (founding President) from telegraphy. At that time electric power based technologies spread rapidly, boosted by innovations such as AC induction motors, long-distance AC transmission, and larger power plants. The AIEE became increasingly focused on electrical power and its ability to change people’s lives through the unprecedented products and services it could deliver. There was a secondary focus on wired communication, both the telegraph and the telephone. Through technical meetings, publications, and promotion of standards, the AIEE led the growth of the electrical engineering profession, while through local sections and student branches, it brought its benefits to engineers in widespread places.

In parallel a new industry arose, beginning with Guglielmo Marconi’s wireless telegraphy experiments in 1895-1896, which ultimately led the inception of wireless communication technologies. With the new industry came a new society in 1912, the Institute of Radio Engineers-IRE. The IRE was modeled like AIEE, but remained devoted to radio, and then broadly to electronics. It also flourished by linking members through publications, standards, and conferences and encouraging them to organize local sections and meetings to exchange information and ideas.

Through extensive activities of both the societies and its members’ innovations in industry, electricity wove its way more deeply into every corner of life with appliances like television, radar, transistors, computers etc. Increasingly, the interests AIEE and IRE overlapped. Membership in both societies continuously grew. Beginning in the 1940s, the IRE grew faster and in 1957 became the larger group.

On 1 January 1963, the AIEE and the IRE merged to form the Institute of Electrical and Electronics Engineers, or IEEE. At its formation, IEEE had 150,000 members, 140,000 of whom resided in the United States. Over the decades that followed, IEEE rapidly expanded across the world, developing lot of members and reaching into more and more areas of people’s lives.. By the early 21st century, IEEE served its members and their interests with 39 Societies; 130 journals, transactions, and magazines; more than 300 conferences annually; and 900 active standards. IEEE operates through 10 regions across the globe. Bangladesh belongs to Region 10, which spreads over 22 countries of Asia and Oceania; and contains 30% of total IEEE members in the world.( www.ieee.org)

As acknowledgment to its extensive contribution, IEEE Bangladesh Section has been receiving numerous recognitions in regional and global level. Most notably, IEEE BDS received the IEEE MGA Outstanding Large Section Award 2018, which is the highest global award to be received by a section. In the recent IEEE Region 10 Congress (which took place in Bali, Indonesia during 30 August- 2 September), IEEE BDS received 13 awards in total in different arenas.

IEEE Bangladesh Section is going to celebrate its 25 years anniversary in October 2018. Also, IEEE Women in Engineering Affinity Group of Bangladesh is organizing “IEEE WIE International Leadership Summit (ILS) 2018” from 12-13 October 2018 with the theme of “Dream| Believe| Achieve |Empower”, a global summit where speakers-participants from around the globe will be joining.

IEEE Bangladesh Section looks forwards to continue its glorious journey making best possible contribution for the people and the country.