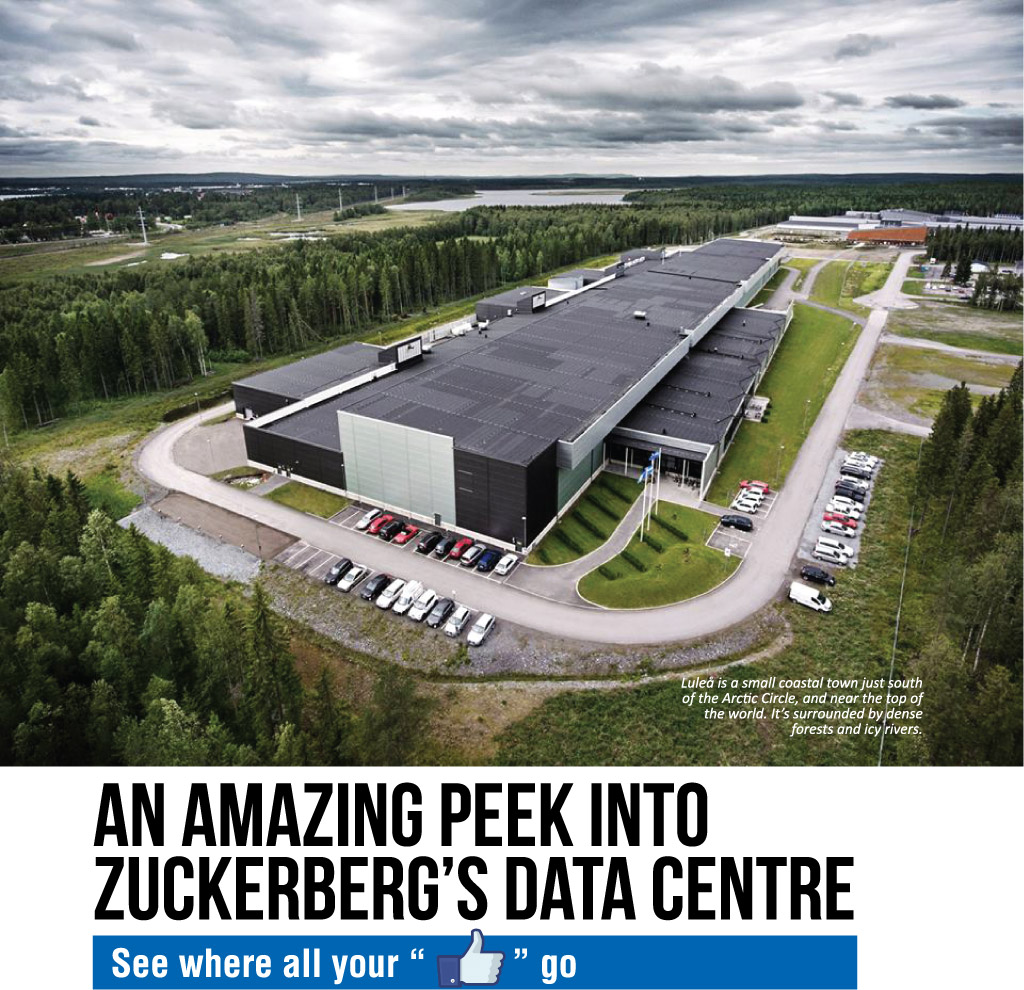 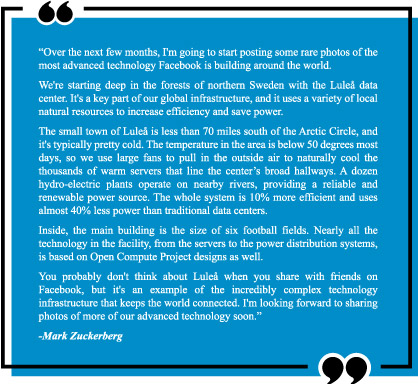 Last year Mark Zuckerberg published a number of fascinating photos of Facebook’s gigantic data center in Sweden. Placed in a location called Luleå, the facility is deep inside a forests area of the northern part of Sweden. The area of the data centre is so big that engineers have to move around using scooters. “Over the next few months, I’m going to start posting some rare photos of the most advanced technology Facebook is building around the world,” Zuckerberg wrote.

The naturally cold environment in the area, being less than 70 miles away from the Arctic Circle, is part of the whole design in achieving one of the main tasks of any data centre: keeping cool. The clever architecture uses the cold outside by sucking in wind through massive hydro-electric powered fans that keep the enormous centre cool, and in the process consumes 40 percent less power than conventional data centres. Interestingly, the process is reversed during the winter when the massive heat generated by tens of thousands of servers are used to preserving the heat in the building. The efficiency is further enhanced by special designs of the data centres drives, which can be repaired under two minutes compared to one-hour time needed for a typical drive. As a result, only one technician is needed per 25 thousand servers.

In light of our theme of data centre in this issue we print the amazing photos Zuckerberg shared from his Facebook page, along with the description he wrote. 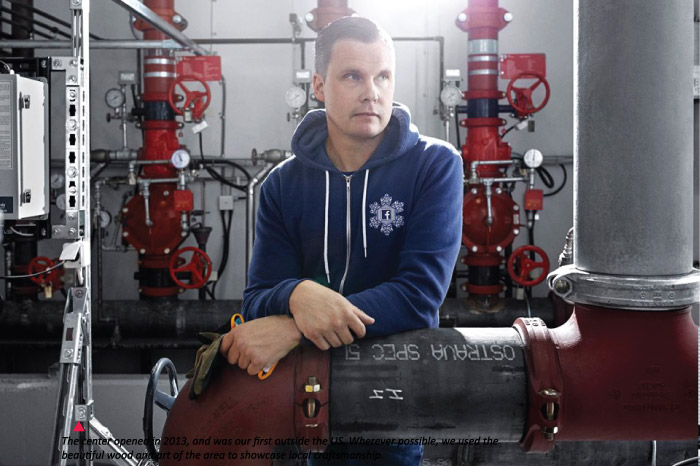