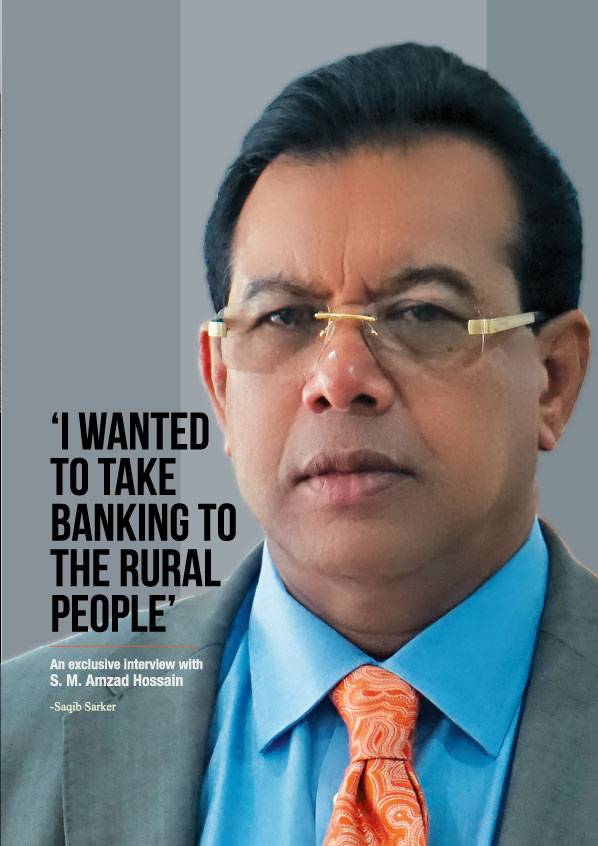 The Chairman and CEO of Lockpur Group of Industries and the Chairman of SBAC Bank Limited, Mr S. M. Amzad Hossain is among the most socially responsible industry owners in the country. His efforts to integrate the rural people into his business empire and advance a forward thinking banking structure have largely went unnoticed in the media. In this intimate interview S. M. Amzad Hossain shares his stories from the past and his vision for the future, as Fintech’s Saqib Sarker asks him questions related to his industries and his bank.

If you travel south of the country, more precisely somewhere toward Khulna, you will come across a strange sight, as I did a few months ago. As you go across the the Rupsha River and on the other side, there is a place that stands out from its surroundings. It is somewhere between the Rupsha Bridge and Mongla Port.

Amid the rural areas with their conventional settings and simplicity there is, what appeared to be, a big jungle of factories. Lockpur, as I later learned, is indeed an anomaly and houses of a whole industrial town. An industry town that stretches five kilometers across and is filled with shrimp processing factories, auto brick fields, printing and packaging factories, jute processing, Agro based factories, among other things. 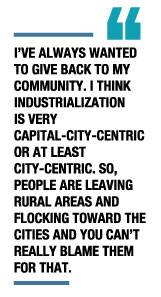 person – S. M. Amzad Hossain. They call it the ‘empire of Mr. Amzad.’ The locals excitedly told us how he was a self-made millionaire, how he never forgot his roots and came back to his home place to help the local economy as well
as the community. They also told us how he eliminated poverty in his village and adjacent areas.

So, when I came back to Dhaka I wanted to interview S. M. Amzad Hossain. I came to know that he is also the Chairman of South Bangla Agriculture and Commerce Bank Ltd, which made it even more appropriate to interview him for FiNTECH.

When I finally met S. M. Amzad Hossain in his personal office, it made sense that he was the kind of man who would go back to his village. He spoke in a simple and plain manner that belies his business tycoon status. Despite his simplicity, his affection for the latest technology was visible, as I saw latest Apple Gadgets and other electronics lying on the big desk behind which he sat.

I started by asking “why did you go back to your village to invest and build up an industry?”

“Well, I am from village,” he simply said. “I’ve always wanted to give back to my community. I think industrialization is very capital-city-centric or at least city-centric. So, people are leaving rural areas and flocking toward the cities and you can’t really blame them for that.”

“I thought that if I bring the machines & set up industry in the villages then they don’t have to go to the cities. People who go to cities spend a vast portion of their income on living expenses in the city. Ultimately there is no substantial change in their lives,” Amzad Hossain said.

“If I bring the industry to them, then he can live in their own houses comfortably, without paying rent and work happily.”

I told him how the area looked like an industry park. “How big is the industry and how many people actually work in those factories?” I asked.

“When I started, I did not think that I would get where it is now. At this moment, all of these industries together employ 18 thousand people, including officers, engineers, technicians etc. The amazing thing is, among our most skilled technical people like engineers, 30 percent are women. The workers and the supervisors at the industry are 70 percent women. But that’s not all. My locality, the Fokirhat Thana, has eight Unions. The 4 Unions among them do not have a single house where at least one person isn’t employed at one of my industries. These workers have proper working conditions. They work in shifts and they run the industry successfully,” said Amzad Hossain.

“Before speaking to you, I spoke with people in your area. They see you as their guardian angel. Why do you think that is?” I asked.

“These people are like my children. The factories provide babysitting services, school etc. I made sure that they get all the benefits of the city. And I made sure their children get the best education.”

When asked why he set up branches of his bank in remote areas, Amzad Hossain explained his philosophy behind it.

“Banks are city centric because they want to make quick profit. But if you look closely, these banks are setting up in business hubs, they are making quick profit, but they are also gaining quick defaulters. Whereas, the amount of resource/money in the villages can potentially gain Banking business and the risk of defaulters will be much less. And in the absence of banks, micro credit companies, MLM companies, loan sharks prey on the poor rural people. The rate of interest they impose start from 25 percent and go up.”

“So, I thought if I set up a branch there and keep the rate of interest in the single digit. This will be good for the people and the bank can also operate risk free,” he added.

So, how are the branches performing, I asked?

“After I opened up these branches in the villages, they are performing no less than city branches. And I have to reiterate, there is no risk,” he assuredly said. 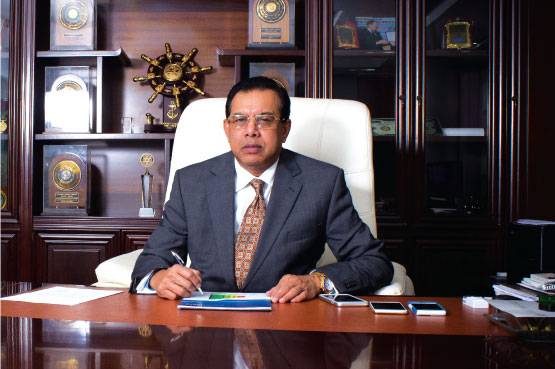 I asked him how is his bank doing well. Is the profit based purely on the villages?

“People are getting engrossed in using technologies very fast. But people still value human contact. It has value and it cannot be ignored. That’s why for SBAC Bank, technology is important, its indispensable, but we decided to always value the human element and give priority to it.”

He also talked about the story behind starting the SBAC Bank.

“In 2012, when I was in the US, our Honorable Prime Minister (Sheikh Hasina) went there to attend a UN session. She asked me why I was there. I told her that I had left the country after the 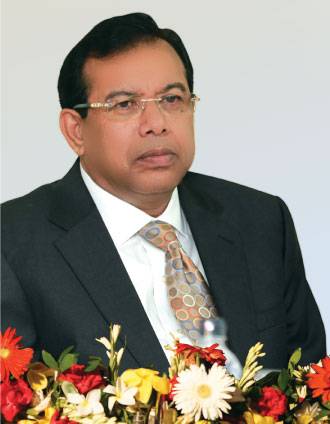 brutal death of my brother (who was an activist of Bangladesh Awami League) on the Khulna Bagerhat highway, just beside our home. Then I was the leader of New York Business Owners’ Association. At that time she told her team ‘please assist them to start a bank they want. This project should not face the hurdle of bureaucracy’. And she instructed one of his Advisors to look after it so the starting of the bank can be smooth. ‘If you see that they are facing problems then you must inform me,’ she told him.”

“Later when (approved) bank names were being declared and our bank was not in the list, the Prime Minister called the people who had been present in that meeting and asked them why this bank wasn’t in the list. The next day, a list of 6 banks were published as the approved banks, with our bank’s name on the top,” Amzad Hossain recollected.

“So, what is your vision for the future?” I asked.
“I have made 4 unions poverty free. I want to extend this to beyond my immediate locality. I feel that there are many places around my locality that could benefit from my contribution. And I want to contribute. I want to make the whole area poverty free,” he said.

“When do you envision this will happen?”

I think in the next 5 to 7 years, I will be able to go near the goal. However, I am often immensely bothered by the bureaucracy that you have to go through; in my case even after direct support from the highest level of the Government. But I will not go into that. What I want to say is this: I think if certain problems are handled strictly by the government, then you can build industries anywhere in Bangladesh. If you have electricity, a strong management and the will to spend some time in the rural areas, then it is possible. I would like to do more. All you need is very strict implementation of the rule of law.