You are here
Home > Tech > Tech Talk > API EXCHANGE OF LOCAL CURRENCY: HOW IT CAN BOOST LOCAL APP DEVELOPMENT 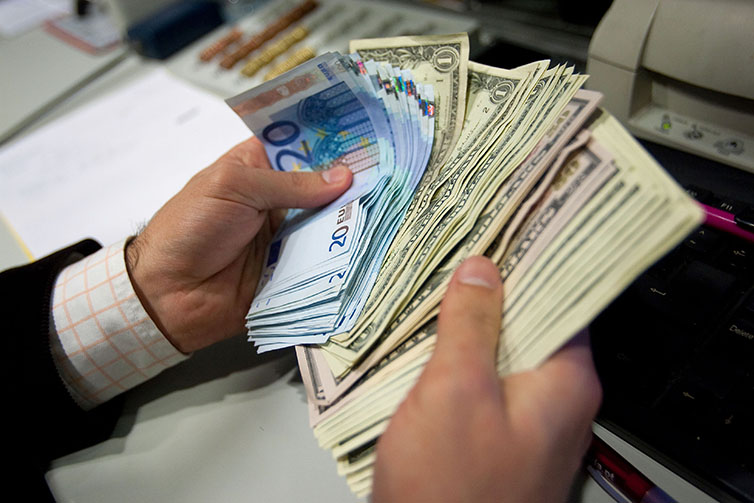 Purchasing an app from mobile appstore is no easy task here in Bangladesh as this provision is strictly confined to some 11.89 lakh credit card holders in this country of 170 million people.

Stakeholders concerned with the IT sector however said that if the provision of buying mobile apps through BDT instead of USD is started, then it would boost up the mobile apps market by manifold as then 3.8 million debit card holders of Bangladesh will be able to purchase apps from the appstore.

Citing reasons, they said that due to regulatory barriers of Bangladesh Bank (BB) in international payment getaway, spending USD in online marketplace is not possible; an API of local currency would have facilitated the whole process.

They also said, as Bangladesh Bank—the central bank and the regulatory body—has already established its National Payment Switch of Bangladesh (NPSB)— there is no problem of validating the local payment through API exchange if it is established.

What is an API exchange?

The API Exchange serves to bridge the gap between application providers’ needs and operators’ capabilities through cross-operator cooperation. Currency Converter API started in year 2014, and has been up ever since. It offers free web services for developers to convert one currency to another.

A consistent, simple and cross-operator offer of network APIs to developers will strengthen mobile operators’ overall portfolio, preserve their foothold as relevant players in the internet economy, and allow them to harvest the opportunities provided by recent developments in the App Economy.

Kaimun Amin, Chief Executive Officer (CEO) and Managing Director of VU Mobile said that as of now, any user, entrepreneur or developer needs to pay in USD if s/he wants to buy any paid app.

Even for conducting digital marketing for the app or facebook page, that user needs to pay in dollar. “Unfortunately, very few people in the country have the capacity or opportunity to buy anything in dollar through credit card as there are restrictions imposed by the central bank.”

For that reason, Bangladesh needs to develop its own API Exchange for local currency, he added. “It’s not just about buying apps or spending money for digital marketing, if an API exchange of local currency is developed, then it will create a digital economy inside the country.

Kaimun said that there is no scope of the looking at digital service in belittling manner. Digital service is not just a part of the economy; it is an economy by itself. He informed that United Kingdom has the largest contribution of digital services in its economy which is around 12.4 percent.

Among the G-20 countries, India is in the lowest position in terms of digital services contribution in the economy. Around 1.5 percent of Indian economy is related with digital services.

Bangladesh meanwhile is ranked as the third-largest mobile gaming market in South Asia and 61st globally in a ranking of 100 countries, thanks to robust growth of internet users and smartphone penetration.

The country’s mobile gaming market is worth about $62.22 million or nearly Tk 500 crore a year, according to Newzoo, a leading provider of market intelligence of global games, e-sports, and mobile markets.

In South Asia, Bangladesh lags behind India and Pakistan but is ahead of Sri Lanka. Nepal, Bhutan and Afghanistan could not grab a place in the top 100.

The report, published for the first time recently, was based on data available up to December last year. Newzoo officials said that they collected information from various sources in respective country as well as global market.

India was ranked 19th with a market size of $521.11 million while Pakistan was placed on 53rd position with its gaming market valuing at $109.05 million. Sri Lanka’s market is valued at $34.52 million.

“Our revenue estimates are calculated in a model using a variety of inputs, such as quarterly results from public and private companies, transactional of different application store’s data, our consumer research outcomes from 27 countries, population data, internet penetration rates and economic data,” said Cleo Sardelis, marketing and communications manager of Newzoo.

Talking with The Independent, Almas Kabir, President of BASIS said that increasing number of developers is getting connected with the app development eco-system. “This number could be multiplied by many times if we have an API exchange for BDT because this will prompt a good number of developers across the country to develop more apps.”

He said, “Just think there is a provision for buying app with BDT, what will happen? The developers will create a whole structured value added app market. You can download Candy Crush for free but there are provisions of buying several incentives inside the game and millions of people are paying for buying those.”

“Now if a local developer here designs a game in Bangladesh and think of keeping the provision for selling several incentives, s/he has to think that there is no point of doing so because very few people will buy those with USD. But if there are provision for buying those in BDT, the developer will feel motivated to create such incentives inside the game,” he said.

The BASIS president said that that will not only increase the skill level of the developers but also will roll the currency inside the country’s market and contribute for the growth of the economy.”

Omar Farooq Khandakar, chief information technology officer of Sonali Bank told The Independent that upon the establishment of the provision of of buying mobile apps through BDT instead of USD, the money draining through foreign network could be thwarted as well.

Explaining, he said, the Bangladesh Bank does not keep category-wise data of how much money payment networks like Visa, Mastercard of American Express are taking but a ballpark estimation by the regulator—based on the quarterly data of all transactions made with cards — revealed that around Tk. 13 crore is being taken away annually by those global payment network giants.

Omar said, payment services charge for online transactions via mobile appstore or in-app purchase platforms is 0.7 percent of the price for the for credit cards using payment networks like Visa, Mastercard or American Express.

“But once API exchange for local currency will be established, this charge will come down to nil and thus will save a lot of money draining ,” he said.