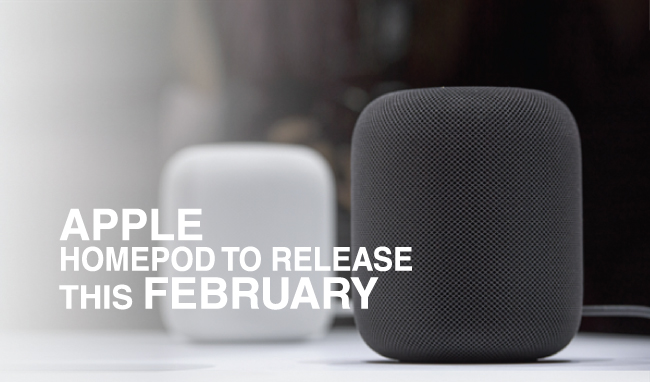 Did you know after first appearing on phones, voice assistants entered the home in a big way with the Amazon Echo, and now Apple’s looking to get into the action? Probably you of course knew it. This New Year perhaps would make you zeal when you get to know Apple HomePod is coming to you this February.

This voice assistant-equipped speaker has been announced to hit the market and the announcement held at the Apple’s World Wide Developer Conference recently. Siri, on its phones for some time now, while Apple has got a voice assistant, has so far been left behind when it comes to smart speakers. So, you definitely want to know more about this new gadget. Just take a look at the features here.

The Apple HomePod was originally slated for release in December 2017. At least that was the plan when the speaker was first announced. But we’ve finally got a fixed release date for the smart speaker. The HomePod release date is now set for February 9, with pre-orders opening on January 26. 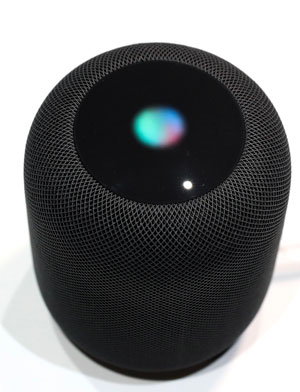 The HomePod you will get is equipped with 7 tweeters on its base, along with a 4-inch upward-facing woofer and can also pair two of the speakers together for a stereo configuration – but no specific mention yet of the ability to use the speakers in a 5.1 home cinema configuration, as is possible with rival Sonos gear. The speaker itself is around 7-inches tall, and Apple has promised that the set of connections will be as easy as it was with the W1 chip-equipped Apple AirPods. You’ll have to have an iPhone 5s or later running iOS 11 if you want it to be compatible with the speaker. Apple has confirmed that the new speaker will be spatially aware, so it should know how to optimize its sound to suit your home. It can detect the space that it’s in, directing channels as appropriate depending on its location. The speaker is set with 6 microphones that it will use to listen for voice commands. You can not only use it to control music, but you can also ask it questions about the music that’s presently playing, such as for the names of participating band members. Amazon has been particularly open with allowing developers to incorporate their services into its smart speakers. It allows the creation of ‘Skills’ which essentially act as apps for the smart speaker, and so far there have been over 10,000 of them created for the speaker.

Another issue with Siri is that it can sometimes be a little stupid. Ask it about the information of painting Mona Lisa and the voice assistant will happily tell you, ‘the answer is one thousand, five hundred and three,’ rather than being intelligent enough to realize that the year should be read aloud as ‘fifteen oh-three’. Apple has a real chance of standing out when it comes to its home automation efforts but it’s not as strong when it comes to integrating with non-Apple services such as Spotify.

But get zeal at heart and you will not be satisfied with the HomePod’s audio technology that will allow it to stand out against the competition.