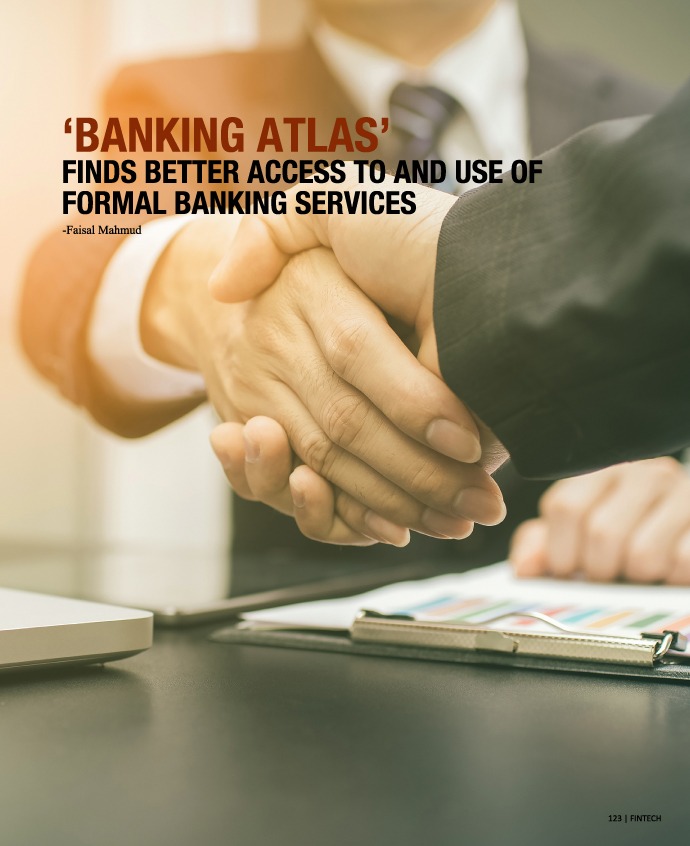 The access to and use of formal banking services in Bangladesh have improved substantially at the sub-district (upazila) level between the 2010 and 2015 calendar years, according to a recent study report titled ‘Banking Atlas’, published by the General Economics Division (GED) of the Planning Commission.

Member of the GED (senior secretary), Prof. Shamsul Alam, said that the extent of the impact of financial development on economic growth and income distribution critically hinges on how inclusive the financial system is. Equitable growth can hardly be achieved if a large part of the people is left outside the formal or semi-for mal financial network, he pointed out.

He further said there is a direct relationship between access to banking and achievement of sustainable development goals (SDG) to ensure inclusive economic activities.

“We need to increase banking services at the rural level to increase economic activities,” he said.

Former Bangladesh Bank (BB) governor Dr Salehuddin Ahmed alleged that private banks do not open their branches in rural areas as they do not provide actual banking services to the people. With reference to the services of the sector, he said that there was a massive dearth of skilled manpower in the banks, which was hindering the sector’s expansion.

He urged the central bank to address the issue to ensure banking services are provided to the rural people with a view to ensuring inclusive economic activities and achieving SDGs.

The former central bank governor also said the expected achievements will not be attained unless banking services are provided to the rural people. 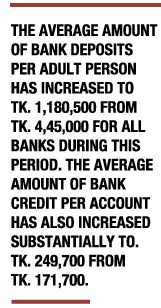 The country has shown a steady upward trend in all eight major banking variables at the sub-district (upazila) level by sending out a strong message of improvement in financial inclusion, a development tool advocated by the United Nations (UN) to help accelerate growth and reduce poverty.

The number of branches of the banks and bank accounts, the amount of deposits and the quantum of credit have all increased during the period between 2010 and 2015, connecting more of the rural poor to the formal financial network.

The average amount of bank deposits and credit in a sub-district also registered a significant increase.

A significant rise was also witnessed in the average amount of bank deposit per adult person (in thousands of Takas) in all three categories. It increased to 118.05 from 44.50 for all banks while going up to 40.59 from 16.68 and to 77.45 from 27.82 for public and private banks respectively

The atlas also shows that while the outreach of branches in terms of their geographical density and number of accounts per adult in a sub-district has increased substantially over the period 2010–15 for the whole country, the rate of increase is much higher for the rural areas. And this growth is largely caused by the growth in branches and accounts of the private banks.

The report also revealed that there are some pockets of high branch density and accounts per adult surrounded by sub-districts with low to moderate the outreach of banks. These pockets are more likely to exist in the eastern part of the country than in the western part. Dinajpur, Rangpur, Bogra and Jessore districts have such pockets.

An interesting observation that emerged is that if the country is divided equally by a horizontal line and the three major growth centres such as Dhaka, Chittagong and Sylhet are disregarded, we observe that the southern part of the country saw much higher proliferation of the number of bank accounts in the period 2010–15. This is interesting because such patterns for the branch density are not seen. It implies that the number of accounts per branch has grown at a much faster rate in the south than in the north during this period.

By providing an opportunity to take stock of the extent of the outreach and use of banking services at the sub-district level, the ‘Banking Atlas’ will help the BB as well as the government identify the regions where greater banking penetration is required. It will also help private sector bankers take informed decisions to open a branch, after identifying the potential untapped markets.

It is also expected that the ‘Banking Atlas’ will help the policymakers and bankers gain greater insight into the financial landscape of the country at a sub-district level and make informed policy decisions to bring financial services closer to the people, especially the unbanked people.