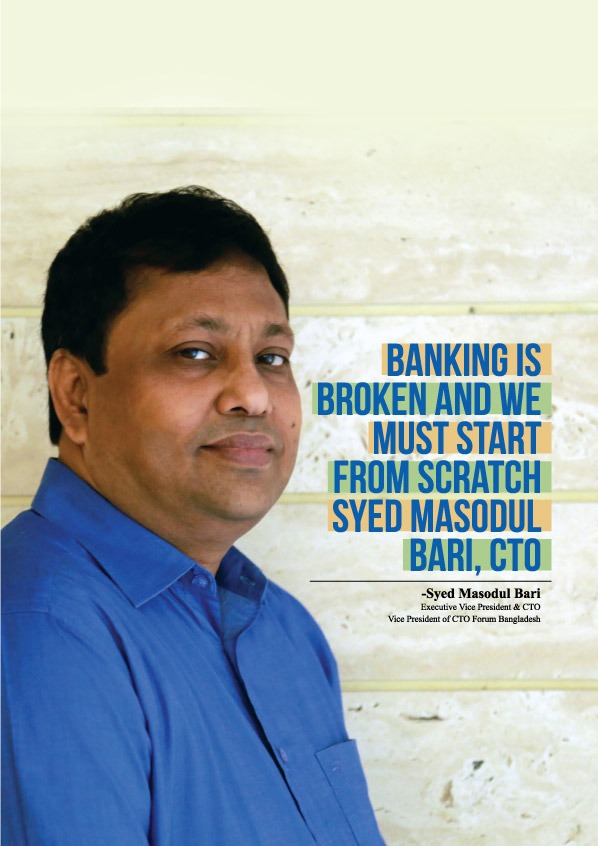 How technology will transform banking: Blockchain, digital challengers and IoT 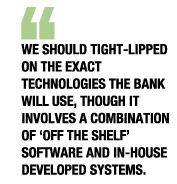 We think people will make their own minds up about where to [buy products] in future, we are going to give the best current account in the world, and when they want the best mortgage in the world we are going to offer it, but through somebody else, not us. We will become the app store of financial services, providing the infrastructure, providing lots of tools around your current account.

We should tight-lipped on the exact technologies the bank will use, though it involves a combination of ‘off the shelf’ software and in-house developed systems. Open source technologies will form the basis of its analytics platform, and public cloud services will be considered for certain purposes.

We will be using the cloud for some of the unstructured data. We cannot use the cloud for banking data, because the regulator doesn’t allow you. But we can use cloud technologies for coming up with scalable solutions. The agility afforded by modern technology offers an advantage over the established lenders. While many banks spend vast sums on IT, much of this is on maintaining ageing systems, rather than supporting innovation.

Blockchain evolution to continue, but real transformation is still years off

Interest in blockchain continued to grow in 2016, with some of the world’s largest banks unveiling pilot projects aimed at streamlining processes. Royal Bank of Scotland, Barclays and Santander are among those currently creating blockchain-based applications in areas such as international payments. At the same time, there was a reining-in of expectations of what can be achieved with the distributed ledger technology in the near future. Many industry commentators predict that it will take the best part of a decade for blockchain-based systems to see widespread, mainstream usage. Nevertheless, IDC analysts expect that the first wave of blockchain systems to move from test stage to production will centre around trade finance, with a number of pilot projects coming to fruition next year. In its ‘Future Scape: Worldwide Financial Services 2017 Predictions’ report, IDC describes trade finance as an area that is “still largely paper based, commoditised, and inefficient” making it a good candidate for blockchain applications.

It is the proverbial low-hanging fruit for the application of blockchain technology as it offers the potential for an immense disruption of an important financial service supporting global trade. 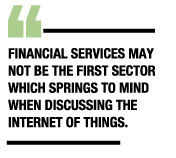 Banks will come under increased pressure from tech giants

It is no secret that a major concern for the big banks is having their lunch eaten by the likes of Apple, Google, Facebook and Amazon. And we can expect these internet behemoths to build on their consumer relationships and make further inroads into payments next year. Apple launched its Apple Pay mobile payments service this year, and others such as Samsung are set to move into the market with similar offerings too. It will be interesting to see if other banks attempt to stake a claim in this market too, or leave it to the big tech firms.

A concern that the banks have is the arrival of big ecosystems that will replace them, so Google, Facebook, Apple, etc, says Alessandro Hatami, former digital payments and innovation director at UK bank Lloyds.

These are customer-based. The customers are already users of these environments. If they start pushing financial services to their own customer bases, these ecosystems can potentially take customers away from the banks. These tech giants are unlikely to ever become banks, but they are best placed to build user friendly front-end tech solutions that answer to consumer demands for seamless payments and financial services.

Finance sector will reap benefits of the internet of things(IOT) 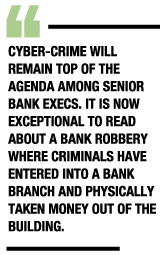 Financial services may not be the first sector which springs to mind when discussing the internet of things. The explosion of internet connected devices will provide better data for decision making. But using sensors monitoring the activity of agricultural or manufacturing industries could help inform investing or lending decisions. This will provide opportunity for new players in the market.

When IoT crosses with finance, we suddenly get an explosion of data. It starts to get interesting when it comes to figuring out how to use that to great effect – and more specifically how to monetize the use of that data is something new fintech entrepreneurs will be looking to figure out in the New Year.

While some banks had tested out wearbles apps on smartwatches before, the launch of the Apple Watch convinced more to get on board. Nevertheless, applications remain limited. Balazs Vinnai, general manager, Digital Channels, Misys, says that it is not a lack of consumer interest that is holding banks back from further investments in this area. Banks continue to face challenges with their digital strategies so it is no surprise only a small percentage currently support wearables.

A recent report from the fintech firm claimed that while 96 percent of banking professionals polled believe that wearable tech will impact their industry, only 15 percent are currently rolling out their own. However, the majority expect to have done so within the next two to three years.

It is critical for banks to consider new digital channels as part of an integrated strategy and evolve from first to second generation digital banking: switching digital from a supporting role, to the primary sales and communication channel for banks, says Vinnai. Reengineering processes around the customer is not easy, but banks must embrace digital banking to remain competitive and relevant. 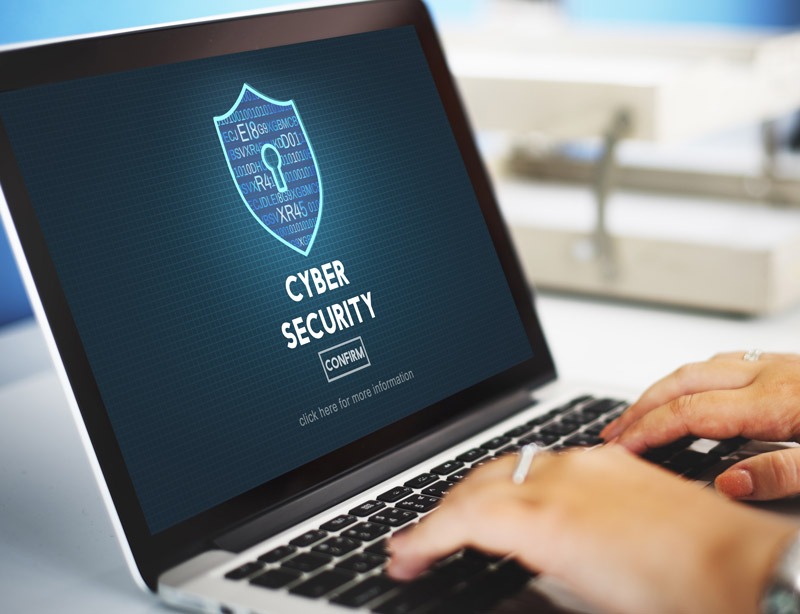 Cyber-crime will remain top of the agenda among senior bank execs. It is now exceptional to read about a bank robbery where criminals have entered into a bank branch and physically taken 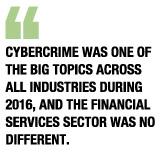 money out of the building. The introduction of more effective security systems, such as bullet proof windows and barriers and closed circuit television, means that only the foolhardy would risk trying to steal from a branch.

Unfortunately, that does not mean that the banking sector is safe. On the contrary, the banking sector is facing a more serious threat where the perpetrators do not even need to physically enter the branch. The IT systems of the banks are now the focus of determined criminals who can transfer millions of taka (or indeed any currency) within seconds to different accounts and move money across jurisdictions and borders with a few strokes of a keyboard. The full extent of the threat of cyber-crime is only emerging and is almost certainly going to hit the headlines in 2017. With IT systems of the larger banks under scrutiny for failures and inadequate controls, it is open to question whether the level of security and infrastructure will be sufficiently robust to withstand the challenge of cyber-crime. Cybercrime was one of the big topics across all industries during 2016, and the financial services sector was no different. One of the highest profile breaches was the theft of $81 million from the Bangladesh central bank through rogue SWIFT transfers, a heist that almost resulted in the theft of $1 billion. Despite increased investment in prevention, the likelihood of more successful attacks next year which will encourage better information-sharing between lenders, as suggested by the global messaging system provider, SWIFT. “Such initiatives would also follow the example already set by eight of the largest American banks, who have agreed to share information with each other about threats, work together to develop and deploy comprehensive responses for when attacks occur and to conduct appropriate ‘war games”.