You are here
Home > Entertainment > Barbarians at the Gate 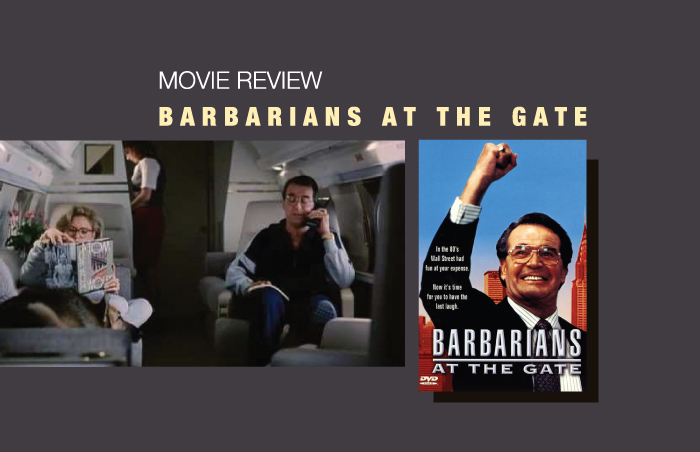 “Barbarians at the Gate” shows the greed on Wall Street that blossomed in the 1980s and has only become worse today. It is based on the true story of the RJR/Nabisco Company takeover.

The RJR Nabisco Company went to the selling block, triggering chaos as Wall Street scrambles to take control of the $25 billion Empire. A sharp, witty script delivered with panache by a perfect cast, this television movie is a must watch for both the big shots and aspiring entrepreneurs in the business world. 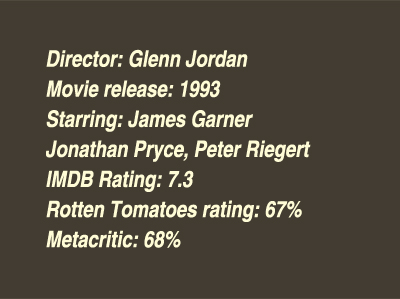 The movie is based upon a book written by two Wall Street Journal reporters. It became the #1 bestseller on New York Times. Later it was made into a movie by the same name for HBO. This movie portrays the nuances of leveraged buyouts (LBO). Private equity buyouts are very common these days. It feels like almost every week there is an announcement that another big company across the world is bought by private equity firms.

This movie depicts what makes LBOs so prevalent and how most of those buyouts are usually being made. It tells that by sketching the story of the fight for RJR Nabisco between its CEO F. Ross Johnson and Kohlberg Kravis Roberts (KKR)’s Henry Kravis. It starts with the decision of F. Ross Johnson to do LBO of RJR Nabisco. RJR Nabisco was a group of very diverse companies- RJ Reynolds Tobacco and Nabisco, makers of the famous Oreo cookies among other iconic brands.

Meanwhile, a firm called Kohlberg Kravis Roberts (KKR) emerges as an alternative buyer. The people of KKR are LBO experts, highly successful and highly professional. KKR sees very high values in the buyout, and knows how to make capital out of its acquisitions, having a long string of successful buyouts behind it. Shearson fights back, hard.

The original LBOs in the 80s were financial obstacle courses. Raising money and managing debt on this scale was neither easy nor necessarily safe. Many of these LBOs were financed with the notorious “junk bonds” which turned into the curse of the 1980s. This deal, which started at $75, soon rose when KKR got involved. Johnson first bid at $75 a share. Kravis topped it at $90. A few more rounds went by. Finally Johnson bid $112 a share and Kravis bid $109. The board of directors took the bid from Kravis because they despised Johnson after they learned that Johnson made secret deals with his bidding partners Shearson Lehman and Solomon which would give a big piece of the ownership to Johnson himself. So at the end KKR won the war.

All the characters’ roles are well written James Garner definitely gets the palm for playing RJR Nabisco CEO “F. Ross Johnson” to perfection, not just for his unforced and vulgar wit but for a breezy disregard for everything except his own wealth, exemplified in his fleet of jet airplanes with their private hangar. Garner keeps denigrating the pursuit of wealth for its own sake — “After all, how many sets of golf clubs can you be buried with?” — but acts all the way through as if that were his one and only priority. In his own defense, he says indignantly, “I don’t plan to be homeless — or planeless either for that matter.”

Jonathan Pryce plays “Henry Kravis,” the egomaniacal, pretentious, nouveau riche financier who challenges Garner for the company. Pryce gives the perfect air to the role and doesn’t under- or over-play the character.

All the scenes in this film, from a Palm Springs golf course to a men’s public restroom to a corporate boardroom, are smooth and segue perfectly to the next; there’s no wasted time in this film. Plus, viewers don’t have to limp through some lame subplot to get to the next good scene.

The R-rating for “Barbarians at the Gate” is simply unfounded by today’s standards. While there is some profane language (yes, a few f-bombs are dropped), it is absolutely no worse than you’ll find in the bleeped-out dreck on MTV. ■