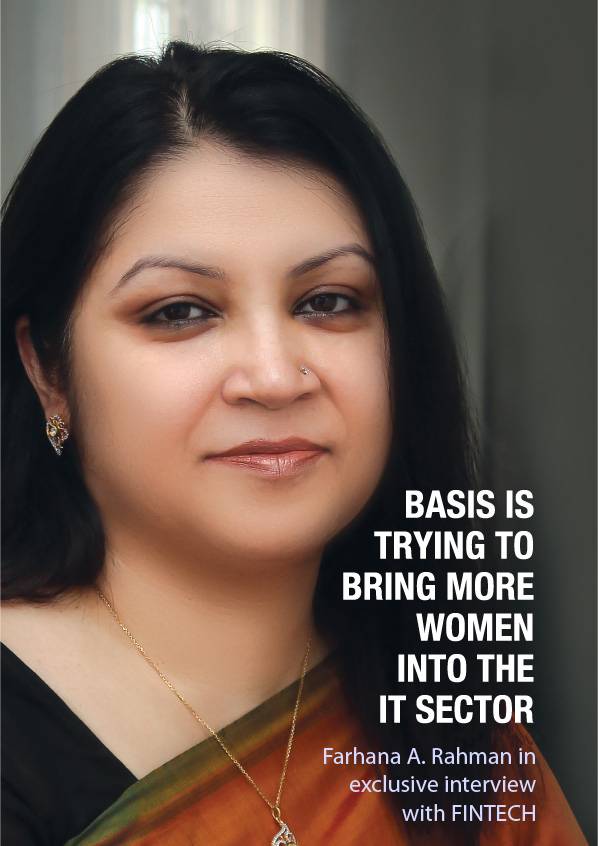 Farhana A. Rahman is currently serving as the Vice President of Bangladesh Association of Software and Information Services (BASIS), the largest national trade body for IT and ITES of this country. She is the Chairperson and CEO of UY Systems Ltd, one of the pioneer organizations in outsourcing business and has been outstanding in the European market for more than a decade.
With its web based software development skill, UY Systems slaking a considerable contribution in earning foreign currencies. She is also the Managing Director of HealthPrior21 and Secretary at Society for the Welfare of Autistic Children. Ms. Rahman has been an example in ICT industry and encouraged a lot of female entrepreneurs over the years. She received the prestigious ‘Women Exporter of the Year’ award by International Center for Trade and Sustainable Development at Trade Development Symposium in Nairobi, Kenya. She was also awarded with the ‘Best Women Entrepreneur’ in ICT Award at Digital World 2015.

Ms. Rahman has made substantial contribution in BASIS in different roles.
She was the first elected Woman Director at BASIS and served the board as Treasurer and Vice President during the term, 2008-2010 and 2010-2012. Currently, she is the Chairman of International Market Development Committee. Her commitments and engagements have been highly praised for engagement in roles such as Secretary General of Autism Foundation and Advisory Committee Member of Shuchona Foundation. Ms. Rahman is a Master Degree holder from the University of Dhaka.

In the male dominated software and IT enabled services industry of the country, Farhana A Rahman, with all of her elegance and talent, appears as a saving grace for the aspiring young female entrepreneurs. This two times elected Vice President of Bangladesh Association of Software and Information Services (BASIS) has shown how to climb up all the rungs of professional ladders and set example for others in doing so. During the BASIS Softexpo, she was as busy as a person could get yet she made time to sit down for an interview with Fintech. Donning in a lemon-yellow Jamdani saree-her trademark style- she sat with Fintech at the Business Lounge inside the expo venue and talked about Softexpo, women in IT and about herself.

FINTECH: We all know that BASIS has started as an export oriented organization but these days it seems like that the organization has shifted its focus to the local market as well. Why this change?

Farhana A Rahman: In 2000, there were very few demands for software in the local markets. So the main focus of BASIS was export oriented. But things have changed now. Bangladesh has entered into a digital era and for a country of over 16 crore people, we believe that there is enough work left to be done.That’s why as the main representative body of the software and IT enabled 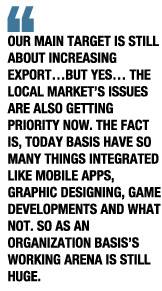 services companies of Bangladesh, we have started giving increased emphasis for the development of the local market.

FINTECH: Is the main motto of being export oriented changed for the BASIS?

Farhana A Rahman: Not really.  Our main target is still about increasing export…but yes… the local market’s issues are also getting priority now. The fact is, today BASIS have so many things integrated like mobile apps, graphic designing, game developments and what not. So as an organization BASIS’s working arena is still huge.

FINTECH: Many of the large corporations as well as bank in Bangladesh still love to rely on foreign software. Do you think the local software developers can change their mindset with their products?

Farhana A Rahman: Sad but true is the fact that we made big purchases on the foreign products. We used to buy software products from the renowned brands because we had the idea that the outside products will fit into our industry. And guess what? A lot of money has been wasted since it could not be implemented in the way they expected. Therefore I would say that time have come for them to put trust on the local software developers. I strongly believe that the local software developers have the capacity to win their trust.

FINTECH: So you want to say that the local markets will get a scope of grabbing the market in the 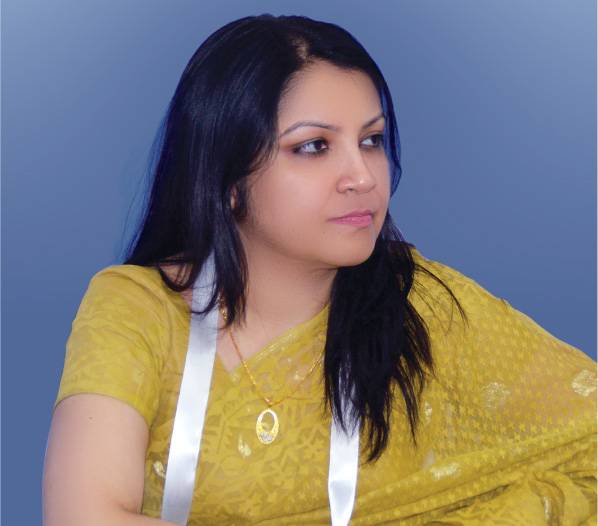 Farhana A Rahman: Absolutely. I am telling you why. Because the local software developers better understand the need of the industry and they are well-equipped to fashion the products as per the need of people here. Besides, by purchasing software from local companies, the industry or the corporation can get access to better after sales service and maintenance service. And lastly the issue of pricing comes. Obviously, the local software developers can provide their services at a cheaper rate. This pricing edge will gradually make the industry to opt for the local products I believe.

FINTECH: We have a common notion that the local software developers are incapable of developing large scale software. Do you think that they can deliver a large scale Enterprise Solution or a core banking software?

Farhana A Rahman: I don’t want to make any generalize comment on this because I don’t want to say that all the local companies have that capability in designing and developing a large scale ERP or CBS.But of course there are a number of capable companies now who have the relavant expertise to develop such large scale software. However, finding those particular companies might be a challenge for the organizations who want to hire them. That’s why eventslike Softexpo has been arranged because here you can find all those companies under one roof.

FINTECH: Aside from arranging events like Softexpo, what other plan BASIS have up its sleeves to encourage the local markets? I mean is there any incentives that BASIS has to offer them?

Farhana A Rahman: We are thinking of a number of initiatives. Nothing has been finalized yet though. For example, we thought of introducing best user award from BASIS. Many companies have deployed software developed by us in their companies. But in many cases, they are not using the full potential of the software and much functionality remains unutilized. That’s why we want to introduce best user award for the organization. That award will be given to the company who utilizes the maximum potential of the software. This will motivate the industry to go for local software.

FINTECH: Your own company-UY Sytems- is mainly involved with outsourcing. Is Bangladesh doing well in the outsourcing sector? To be very specific, is outsourcing, for most of the

Farhana A Rahman: Well. It is not just about website development or content development. In these days, besides these types of works, many companies are providing serious coding services for the international companies. We are also doing it in our companies. I cannot tell you about our clients as we have some non-disclosure agreements with our clients. But I can tell you that from my company, we are providing large scale coding services.

FINTECH: What role BASIS is playing to bring more women into the IT sectors of Bangladesh?

Farhana A Rahman: In 2007, there were only 6-7 women owned companies whereas in 2017 the number has become more than 30. This has been possible because of the hard labour by the female entrepreneurs. Besides, BASIS has been trying its best to make the inner environment of the workplace more and more women friendly which prompts more women to work in the IT sector. But there are still a lot of problems. Most of the Bangladeshi parents do appreciate their daughters’ study progress but they are discouraging them to go into the work places after they complete their study. It’s like getting an academic degree for a woman is nothing but an added credential to marry her off to a better suitor. So there are still a great deal of social taboos and restriction prevailing in the society which bars the women to do well in the job sector. Those are actually keeping them within a certain box…

FINTECH: You are the CEO of a large software company. What is the condition of the female employee in your workplace?

Farhana A Rahman: As the CEO of the company, I have the responsibility of making decision that is better for my business. So I am not really encouraged to give scopes to women more than men just because of their gender. If a we have a better male candidate compared to the female candidate, for example the responsibility of a project manager, I am pressurized to entrust this responsibility to the man; not the woman. This is because women havemore responsibility in the family which sometimes creates hindrances in giving undivided attention to a large scale project.

FINTECH: This must be very harsh for you…being a woman…you cannot give the scope to another one…

Farhana A Rahman: Yes. This is something beyond my abilities even though I am the CEO of the company.  Because of these reasons, women still comprise a very low percentage in the IT sector of the country. Take our company as an example. We have a total of 90 employees but out of those only 4 are women. I am ready to give more scopes to women but they have to earn it through fair competition.