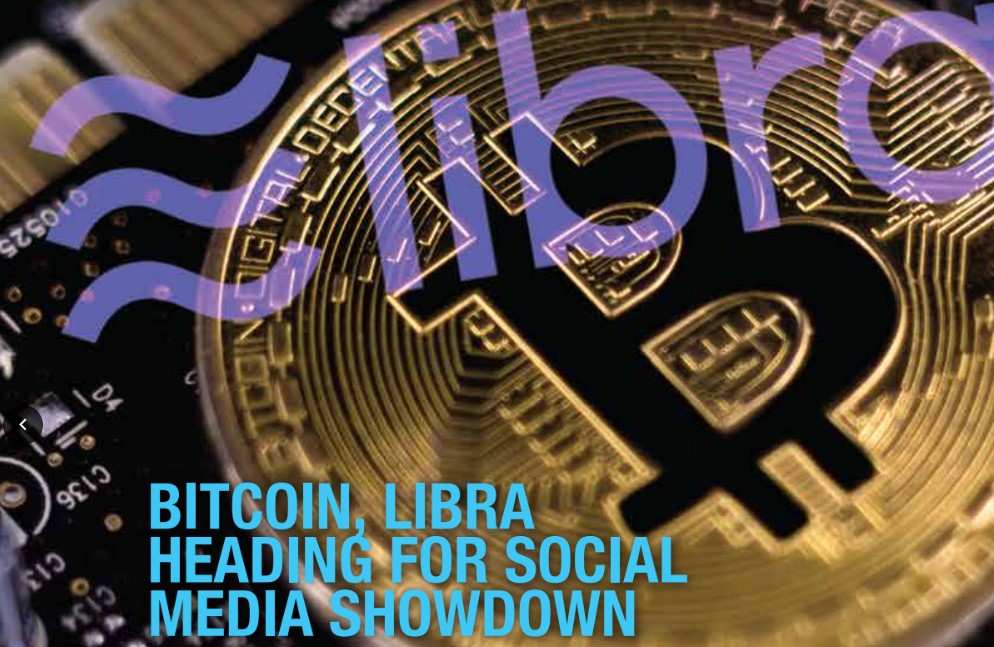 Twitter’s cofounder and chief executive Jack Dorsey and Facebook’s co-founder and chief executive Mark Zuckerberg have emerged as champions of two similar but opposing ideas: the internet needs its own currency, but one sees it as centralized, through Facebook, the other sees it as decentralised, through bitcoin, Billy Bambrough reported in Forbes.

Zuckerberg appears to have lost the first round. His libra project, a cryptocurrency by name only and governed by an independent-but-shrinking group of companies, has run afoul of governments and regulators around the world, many of which were already worried Facebook wielded too much influence before the social media giant thought to take on the central bankers.

“I believe that this is something that needs to get built,” Zuckerberg told US senators last week, defending Facebook’s involvement in the controversial libra project and arguing libra could bring financial maturity to millions, if not billions, of people around the world.

Zuckerberg also warned the US could fall behind other countries if lawmakers moved to block the development of libra and similar digital money projects.

Dorsey will, meanwhile, be counting his blessings, with the bitcoin price staging a somewhat miraculous recovery last week after many feared it was heading to lows not seen since March.

Dorsey has also made headlines this week by joining a group of investors that are putting a combined $10 million into CoinList, a US-based startup that helps other young companies raise money through digital token sales.

However, bitcoin innovation and adoption have failed to live up to expectations with the two primary uses for bitcoin and other similar digital tokens still price speculation and buying illicit substances on the dark web.

Bitcoin trading volume among the top 10 biggest bitcoin and crypto exchanges fell to to under $200 million a day earlier this month, according to bitcoin and crypto data company Messari, down 20-fold from a peak of $4 billion per day just a few months ago.

Dorsey wants to see that change and expects bitcoin to become what he has called “the internet’s first native currency” and is well placed to effect that change through his two companies, micro-blogging platform Twitter and payments company Square.

When asked last week if he’d be open to joining Facebook’s libra project, Dorsey replied with an emphatic: “Hell no,” slamming libra as not based on an open standard.

“It was born out of a company’s intention, and it’s not consistent with what I personally believe and what I want our company to stand for,” Dorsey reportedly said, speaking at a New York Twitter event.

Meanwhile, Bitcoin will likely put on a good show in November with a price-positive event due in six months, Coindesk reported.

The number one cryptocurrency by market value is leaving October on a positive note, having recovered sharply from five-month lows below $7,500 seen a week ago.

The rally could be extended further next month, as the cryptocurrency is set to undergo a mining reward halving in May 2020. The process is aimed at curbing inflation by reducing the bitcoin reward per block mined on the blockchain by 50% every four years.

Currently, miners get 12.5 BTC for every block mined. That will drop to 6.25 BTC after the halving, meaning 50% fewer bitcoins will be generated every 10 minutes. To put it another way, the supply of new coins will drop by half after May.

In the past, the cryptocurrency has picked up a strong bid six months ahead of the reward halving.