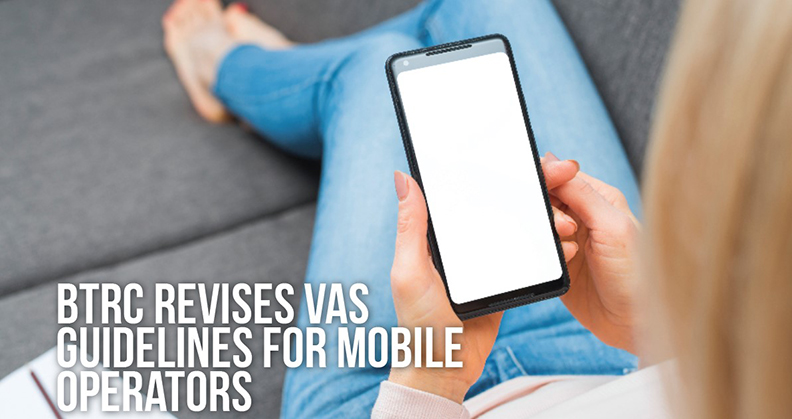 The Bangladesh Telecommunication Regulatory Commission (BTRC) will give permission to mobile phone operators under the proposed unified licence to run telecommunication Value Added Services (VAS) on their own and without entering into any partnership with foreign firms.

All telecom operators will get the opportunity to provide VAS services directly under the draft guidelines on cellular mobile services licensing, which is currently being reviewed by the telecom regulator.

The BTRC included TVAS directives in its draft guideline on cellular mobile service licencing, which was published during a public hearing last month. It initiated the move to unify the licences of mobile phone operators to reduce operational complexities.

Earlier, the BTRC had decided to give licences to foreign firms for VAS, provided they gave at least 30 per cent ownership to local firms. Now, the mobile phone operators under the unified telcos’ licensing guideline will be able to run the VAS with 100 per cent ownership.

Earlier, the BTRC had decided to give licences to foreign firms for TVAS, provided they gave at least 30 per cent ownership to local firms. Now, the mobile phone operators under the unified telcos’ licensing guideline will be able to run the TVAS with 100 per cent ownership.

Under the BTRC guidelines issued in 2017, only the entities that got registration from the regulator could run a VAS business.

VAS refers to those telecommunication services, other than the core services (voice call, SMS, data), that add value to the core. These are electronically consumable and deliverable through any access network service using direct operator billing and/or any payment method approved by the central bank.

BTRC officials say that a mobile phone operator now has to maintain one generic licence for operating as a mobile-phone entity, two licences for running 2G services, two for 3G services and two more licences for rendering 4G services.

“The purpose of the draft guidelines is to reduce the complexity for both the operators and the regulator,” a BTRC official said.

Under the proposed licensing guidelines, mobile phone operators would be allowed to provide nine types of services, including 2G, 3G, and 4G cellular mobile phone services. According to the list published by the BTRC, it registered 56 companies for VAS till March this year.

On July 5 last year, the telecom regulator invited applications from competent organisations to register themselves for running the VAS service. More entities could get VAS registration, no limit has been set on the number of companies willing to register.

The commission formulated the guidelines to streamline the overcrowded value-added service business and bring the service providers under a regulatory framework. Another reason was the remittance of huge amounts of funds from Bangladesh by an Indian entity with a very small investment in the country. Any Bangladeshi entity holding a valid trade licence is eligible to apply for VAS registration.

The guidelines also include the concept of the mobile virtual network operator to support and encourage an open and competitive market in the telecommunications sector.