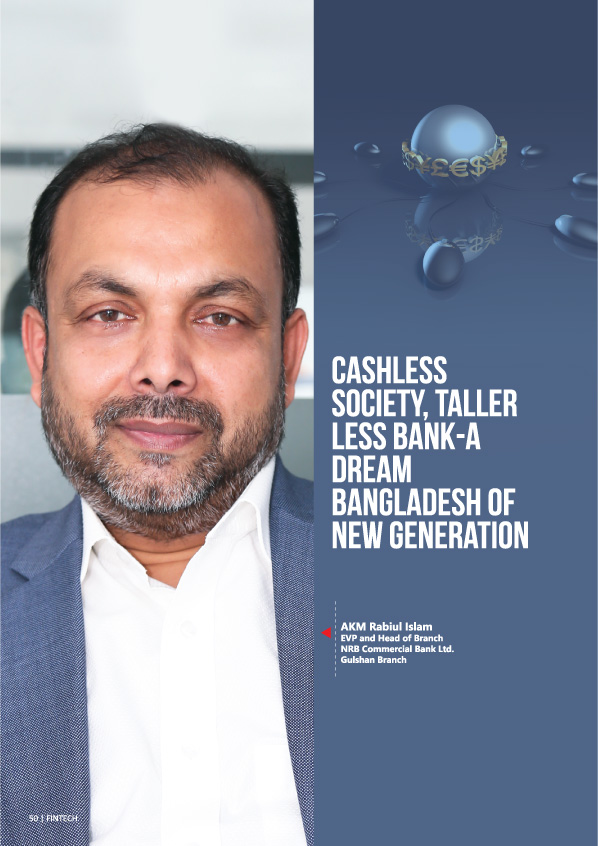 Few years ago, if you ask an average Bangladeshi that money could be stored in some digits in his/her cellphone, that person would have given you a questionable look marred with disbelief. Years down the line, it’s not tech fiction anymore; it’s reality. Even a rural resident at some remote countryside now realizes that money is not just printed banknotes, it’s basically a series of number with some ingrained values agreed upon.

Around the world, the use of cash has been steadily declining, and some experts predict that cash payments will fall by as much as fifty percent over the next ten years. Denmark, Sweden, and Thailand have passed laws that allow businesses to ban cash payments, and in some cases require payments by mobile applications or credit cards. Businesses in the United Kingdom are also jumping on board. In Seattle, Amazon recently introduced its “Just Walk Out” shopping experience; customers simply use the Amazon Go app to enter the store, take the products they want, and go!

Banning cash saves employee time and payroll costs by eliminating cash registers and visits to the bank. There is no need of guards for armored cars.

In the last couple of decades, we were introduced to a new way to conduct business, without using cash or checks. Enter the Credit or Debit card. Convenient, and more secure than cash, the Credit or Debit card quickly gained acceptance with many. Most of the people already habituated with the modern digital communications systems, purchases may be made quickly and conveniently using credit or debit card. We can make purchases from almost any business in the world using a credit or debit card.

The popularity of credit and debit cards is a testimony to the fact that we truly are becoming adapted to the idea of virtual money. Electronic “money” is truly the most portable, secure, and convenient currency yet. The advent of “e–money” has brought us to the place where we are in the midst of a fundamental change in the way we pay for goods and services. We are very near the completion of a transformation from the old system of coins, paper notes and checks, to the new digital electronic cashless monetary system. We are witnessing the birth of a totally new economic system called Cashless Society.

Most of the people have become very comfortable with the new world of electronic commerce and are accustomed to frequent changes in the way we do business, including changes in the design of money. These changes may also serve another not so apparent purpose. I believe that these frequent changes in the appearance of money are being used to make us accustomed to the idea of currency being changed so we will be prepared to accept a change in the very nature of our currency. These changes, I believe, are paving the way for acceptance of the cashless monetary system. While many are taking the next step in the transition voluntarily, the final step into the cashless system will not be voluntary but mandatory. Sweden -the first cashless society Eighty per cent of all transactions in Sweden are made by cards. Digital payments via card or apps are so widely accepted that many Swedes no longer carry cash. Even children pay with debit cards. Ask a Swedes, when they last paid for something in cash. The probable answer is last month or week. Digital payments via card or mobile apps are so common and trusted that many Swedes no longer carry cash. They even let their children pay with cards. The Swedish Trade Federation explains why.

Eighty per cent of all transactions in Sweden are made by cards. Digital payments via card or apps are so widely accepted that many Swedes no longer carry cash. Even children pay with debit cards.

Ask a Swedes, when they last paid for something in cash. The probable answer is last month or week. Digital payments via card or mobile apps are so common and trusted that many Swedes no longer carry cash. They even let their children pay with cards. The Swedish Trade Federation explains why.

Our neighboring Country India’s Prime Minister Nerendra Modi said in New Delhi “Our dream is that there should be cashless society. This is correct that 100% cashless society is never possible. But we can make a start with less-cash society – then cashless society will not be a far-off destination,” Modi said in his monthly ‘Mann Ki Baat’ address, appealing to youth to teach 10 families daily on how they could do cashless transactions through mobile apps, mobile banking and debit/credit cards.

The Digital India program is a flagship program of the Government of India with a vision to transform India into a digitally empowered society and knowledge economy. “Faceless, Paperless, Cashless” is one of professed role of Digital India.

Beckon for Cashless Society – the road map of Digital Bangladesh

“We did it because we had the foresight that e-commerce and online transactions will flourish in the country and for that our payment system will act as the enabler,” said Abul Kashem Md. Shirin, Managing Director and Chief Executive Officer of Dutch-Bangla Bank. At present, Dutch-Bangla has 1,500 merchants out of the total of 2,500 connected to its network. “The market has full of potential but somehow e-commerce vendors are not succeeding in winning the customers’ trust fully,” he said, adding that the status will change if global companies enter the fray.

At present, the country’s e-commerce business is worth about Tk 2,000 crore a year and at best 25 percent of the amount is transacted using either a bank’s digital payment gateway or mobile financial service, said Syed Mohammad Kamal, country manager of MasterCard.

For greater usage, the government needs to give some incentive.

“Without financial sector’s digitization, real digitization will not be possible,” said Kamal. Most of the Banks are trying hard to enter in the digital currency movement by investing more money to established digital payment system. Some Banks already started their operation through mobile apps.

Under Mobile Financial Services(MFS) bKash and DBBL Rocket are the lion shareholders of total individual financial transactions through mobile. In June 2017 there were some 17 providers but the two largest, bKash and Rocket, had a combined market share of over 99%. In this month total MFS transactions were in excess of Tk 1,000 crore ($3.68 billion USD). Their major areas are money transfer, mobile flexi load, small payment to the merchants. bKash and Rocket are the better substitute of Banks transaction. Their transactions help to reduce counter transactions of banks. According to Better Than Cash Alliance, Bangladesh’s total transactions through the digital channels is less than one percent and only 2.5 percent of individual payments and 3 percent of business transactions are made digitally. 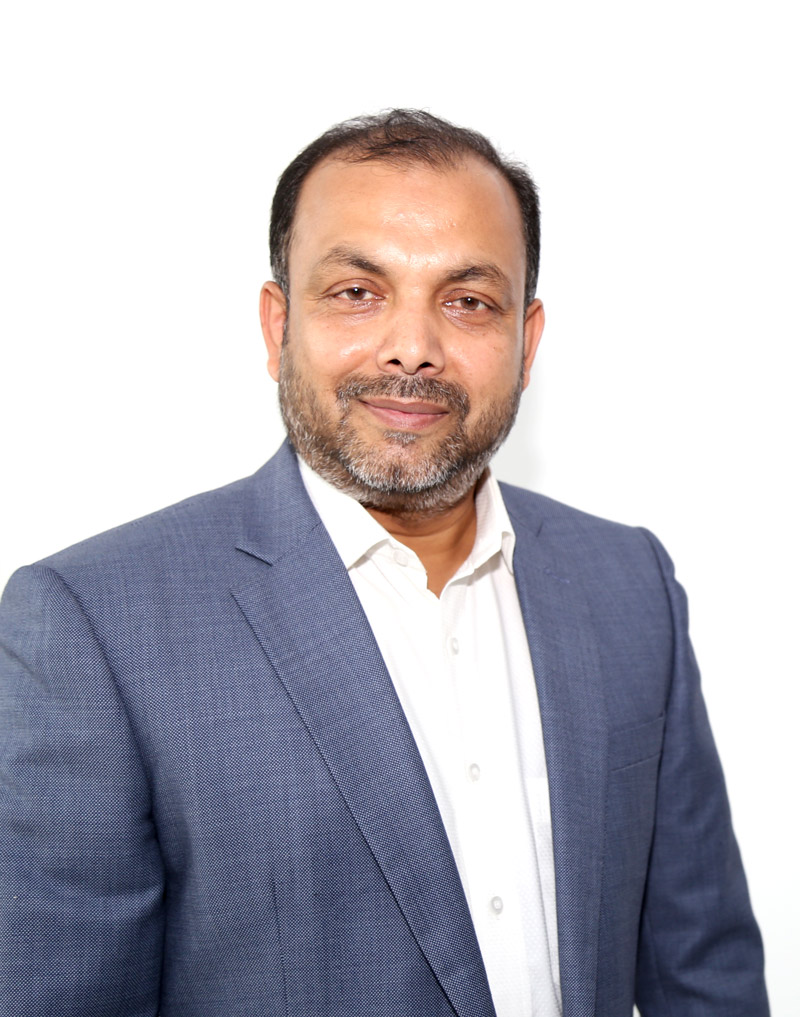 Except Bank transactions merchant point digitization is the most important thing to go ahead towards Cashless Society of Bangladesh. To uphold the slogan “Digital Bangladesh” e-Commerce Association of Bangladesh (e-CAB) is working restlessly from many years. Razib Ahmed, a director of e-Commerce Association of Bangladesh (e-CAB), said they are still struggling to collect their payments. Ahmed said “If the banks take a lead, digital commerce will definitely flourish. This year their target is to expand their market Tk. 2,000 crore to Tk 3,000 crore.

Other than banks, some fintech startups are taking the initiative.

Take, for instance, iPay, a mobile application-based payment system that launched and functions like Paypal, which operates a worldwide online payments system, and Paytm in India.

In alignment with the national slogan of ‘Digital Bangladesh’, United Commercial Bank launched the Upay, a mobile app-based payment solution, last year. UCB customers can use Upay to make payments for goods and services from physical and online merchants. They can also do mobile recharge, bill payment, money transfer, ticketing, inward remittance, insurance premium and so on. The mobile financial service platform is also coming in to good use in this mission for financial digitization. For instance, in February transactions through the platform hit Tk 1,016 crore.

For instance, the Bangladesh Bank has permitted online fund transfer of up to Tk 5 lakh.

As of December, last year, there were 1.64 crore debit cards, 9.08 lakh credit cards and another 1.38 lakh prepaid cards in circulation, according to data from the BB.

The total number of Mobile Phone subscribers has reached 150.283 Million at the end of March, 2018 under the 4(Four) Mobile Operators. Subscriber means the biometric verified subscribers/subscriptions who have any activity (voice, data, sms etc.) at least once in the preceding 90 days. Though the active subscriber is 83% of total population of Bangladesh are using mobile phone. Digitization of financial transactions are depending on mobile apps. So, there is huge scope and potential to build Bangladesh a Cashless Society by educating remote area people.