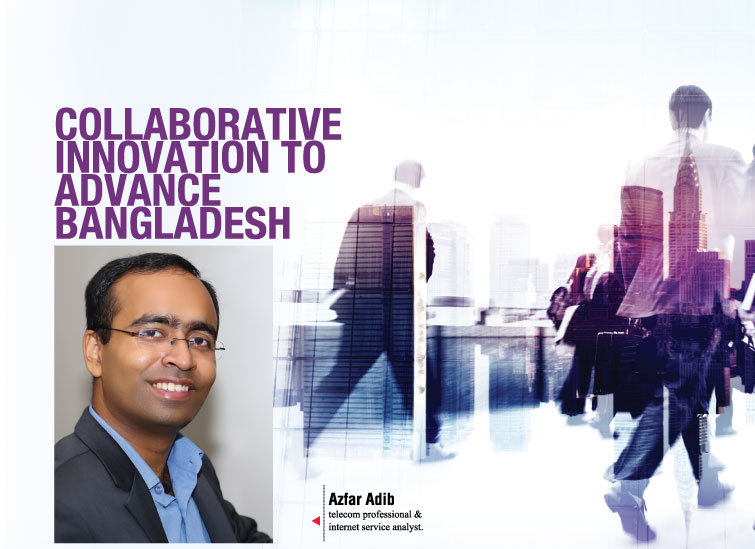 It is an absolute pleasure to write an article in the first anniversary of FINTECH-a magazine which has indeed created a new trend in this arena of Bangladesh. During last one year, FINTECH has been regularly publishing lot of encouraging stories on various remarkable endeavors going across the country.

The brilliant journey of FINTECH somehow represents a similar picture of Bangladesh. The country has been rapidly progressing in various dimensions. In 2017, Bangladesh had a GDP growth of 7.28 percent, which was highest ever in history of the country’s economy and more than what was targeted. It is quite remarkable for a densely populated country (having a population of over 160 million people) which is continuously burdened with variety of issues like: natural disasters or lack of good governance. FINTECH industry has been playing an absolutely crucial role in this journey, both from the perspective of financial and technological contribution.

According to a recent report of the World Bank (The Global Economic Prospect), global economy is experiencing a broad-based cyclical upturn, which is expected to be sustained over the next couple of years, although with downside risks. In contrast, growth in potential output (full-employment output) is flagging, languishing below its longer-term and pre-crisis average both globally and among emerging market and developing economies.

This is indeed an important observation. We all know, temporary growth can provide good statistics for limited period of time, but in the long run a country needs sustainable growth for real progress. To achieve that, uniform advancement for all sectors of the country is required rather than continuous growth of particular segments. In this regard, scenario of Bangladesh need some further look-up. There is no doubt about rapid economic progress of the country (according to the IMF, Bangladesh’s economy is the second fastest growing major economy), but the question is this progress having proper impact across all horizons of the country? Probably not. Disparity or inequality obviously remains in almost every society of the world. But in Bangladesh, it seems more evident. It can be a topic of long discussion that how to improve this scenario. However, very first consideration can be that how we can best utilize one of the most important assets of our country- human resources.

Unemployment has always been a constant problem for countries like us, where there is high population growth with scarce resources. Growth in size of the economy may gradually decrease unemployment rate. But again, providing any sort of employment opportunity does not mean best possible utilization of the skill or capability of a person. Specially, on one side we are seeing lack of competent resources in many sectors while on the other side we are finding that a significant portion of highly skilled people are leaving the country whenever they are finding any suitable chance.

So, how to tackle both these concerns? In one end, there need to be proper scope in local industry where skilled people can contribute at best possible way in accordance with their capabilities. On the other end, it needs to be ensured that our education system (higher educational institutions particularly) produce competent and capable people. In summary, both industry entities and academic institutions need to evolve for betterment of the country. How if it becomes a collaborative journey, through industry- academia collaboration.

While the words “industry-academia collaboration” may be a common term, its effective implementation (particularly suiting the real needs of the country) is a real challenge. However, the motto can be more vivid if one target is focused – innovation. Collaborative innovation between industry and academic sides can play a special role to advance Bangladesh. How to perform that effectively, that will be mentioned in the next part of this article series. ■