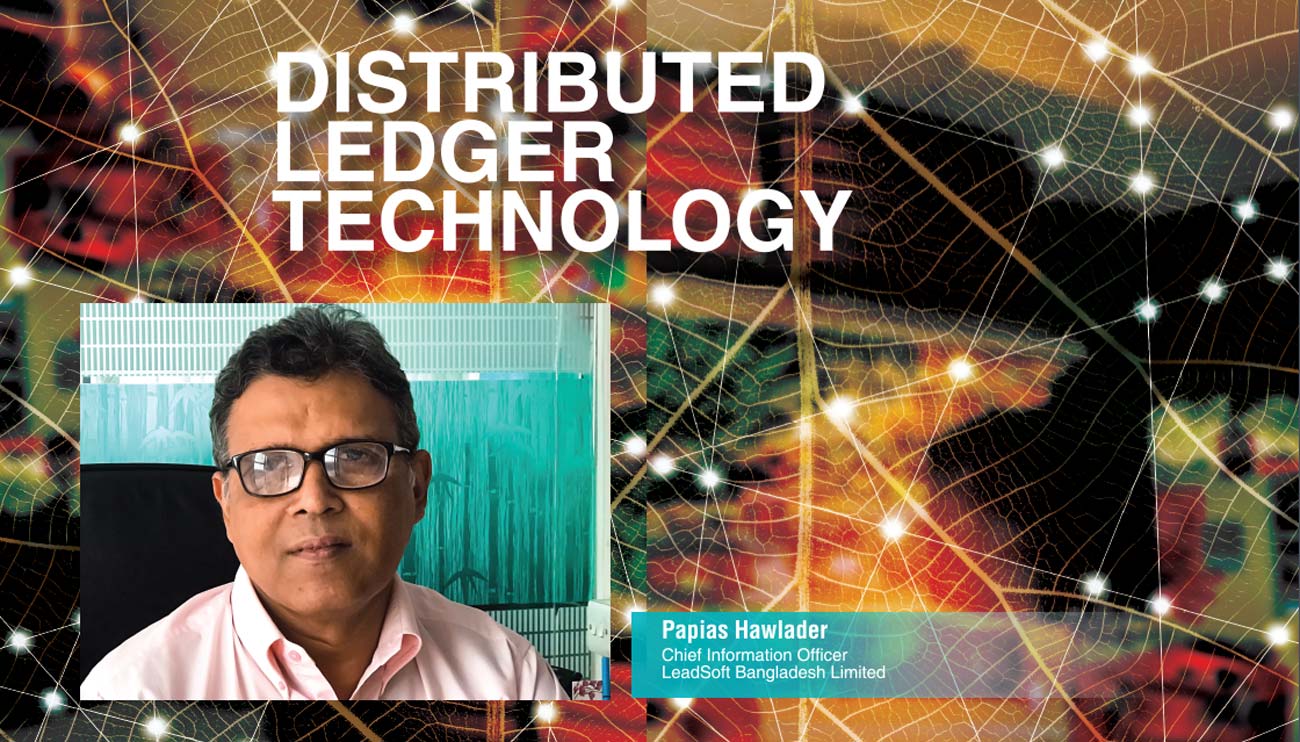 It seems everybody is talking about it, but in reality, it is relatively small. It is generating a huge hype, but few have the underlying fundamentals.

The term “Distributed LedgerTechnology” (DLT) is used to describe a ledger shared across a network.Itallows participants or nodes to write and read transactions to the shared ledger. As the name implies, it is distributed widely in a precisely controlled fashion. DLT allows transactions to be carried out directly withoutintermediaries.DLT enables “peer-to-peer” transactions between the nodes.

A ledger, according to the Oxford Dictionary, is “a book or other collection of financial accounts”. Ledgers first arising when people started trading goods and services and needed to keep records of transactions. Today’s conventional ledger system is often a centralized system. One example of a conventional “ledger” is a bank account record, in which every debit or credit transaction of a bank customer is maintained.

DLT is a protocol for building a replicated and shared record ledger system. Such a system may be used to record a wide range of items, such as asset ownership, asset transfer transactions, and contract agreements. While its ledger function is like that of a conventional paper-based or electronic-based ledger system, its capabilities go much further.

Bitcoin DLT came onto the scene with the introduction of bitcoin. Bitcoin, one of the best-known applications of DLT. Bitcoin is a digital asset that utilizes a peer-to-peer payment system, enabling transactions to take place between users directly without the need of a centralized authority to control and administer the system. All the transactions are verified by network nodes, and recorded in a distributed database.

Over the past several yearsDLT such as blockchain has exploded. Regulators, consultants, technology firms and academia are promoting DLT for financial services. Blockchain technology has moved beyond cryptocurrencies, and its application is now being considered for all parts of the financial system. Capital raising, trading, clearing and settlement, global payments, deposits and lending, property and casualty claims processing, identity management, compliance, risk management, and anti-money laundering have all been identified as significant potential DLT use cases.

Insufficient and inconsistent understandingof technology poses challenges to wideradoption of DLT.The potential highcosts and perceivedrisks associated with early adoption ofDLT and possibility of disruptingexisting practices may stancefurtherchallenges to businesses.Because of the emergingnature of the technology, there is a lackof governance.The current regulatory environment withrespect to DLT isperceived as an obstacle to its widespreadadoption. The emergence ofmultiple, non-interoperable DLTimplementations could also limit widespreadadoption. Safeguarding dataintegrity is perceived as a key challenge too. The distributed nature of DLT and the needfor huge computing power could potentially result in high energy consumption cost. Key obstacles remain with the legal enforceability of DLT.

By removing the need for intermediaries, DLThas the potential to provide significantefficiency gains and cost savingsfor businesses.The adoption of DLT could potentiallyenable new revenue sources forbusinesses with new functionalities and innovations on top of existing services. The growth of the DLT ecosystem could result in thecreation of newcollaboration and engagementmodels.The decentralizednature of DLT could facilitatetransactional systems to become moreresilient.DLT hasthe potential to improve users’trust in carrying out transactions.The immutability of DLTtransactions offers reducing the propensityfor fraud.DLT could enable efficientand effective digital identity management through the use of cryptography. DLTcould be used to implement theunderlying mechanism for smart contractsacross different sectors.

Distributed ledger technology is gaining popularity fast. The opportunitiesarising from DLT are huge.However,there are also many challenges to strugglewith. Steps can be taken tobetter understandthe current realities and future impacts. The technology is currently in its infancy but it is here to stay in the long run. Source: Internet.

DLT challenges the need to trust counterparties to fulfill obligations as agreements are codified and executed in a shared immutable environment.