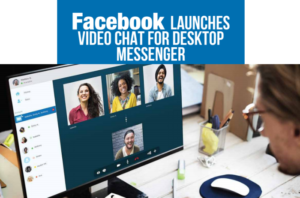 The desktop version of popular app Facebook Messenger has arrived on Mac and Windows computers, letting people communicate via video chat during a time when everyone is using that means of communication.

Video-conferencing apps like Zoom have been doing exceedingly well in this environment, seeing activity from a number of business offices, school districts and simply people looking to keep in contact with other human faces and voices while the virus forces everyone to practice social distancing.

Facebook has been planning to introduce a desktop version of Messenger since last year, as it tries to rebrand itself as more of a social messaging tool. But as the company has seen more than a 100 percent jump in activity of people using desktop browsers to do audio and video calls, it decided now was the time.

Facebook’s traffic has jumped as the coronavirus has ravaged the world, and the company recently reported a 50 percent spike in traffic. Much of that, the social media giant said, came from people who were very active in discussing news on the social media site. In tune with this, the company has been striving more than usual to make sure all news on the site is accurate and not laced with falsehoods.

But many people are also using the site more often to connect with their loved ones and to do work, mainly in fields like education and others where teleworking can be done. The shift has been a big one, considering young people had not been using Facebook as actively as other sites.

In addition to that, 5G capabilities could increase in the coronavirus pandemic, with the need for nimble internet services now at an all-time high.