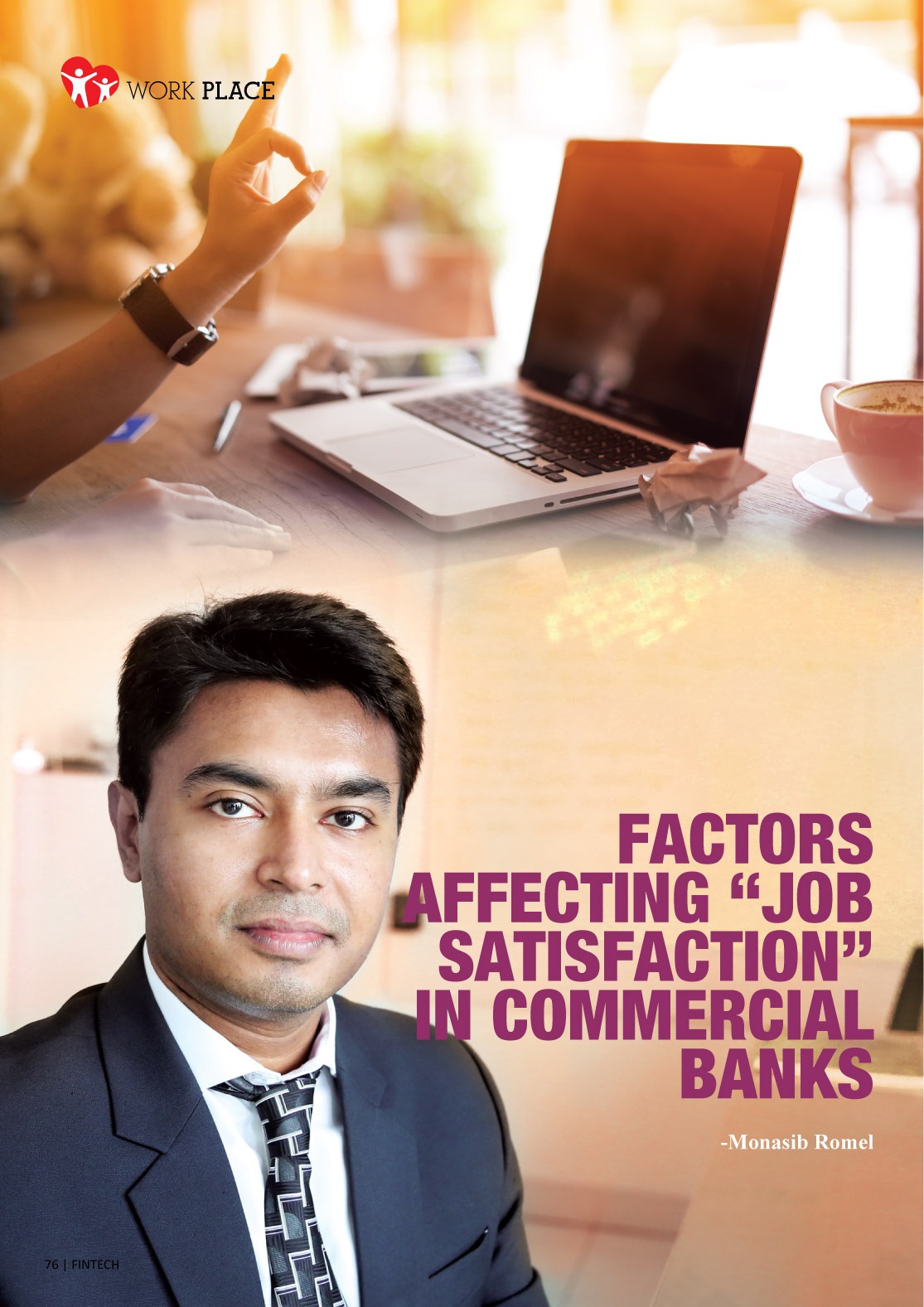 During the last decade of the twentieth century, we have been experiencing a tremendous growth in banking sector of Bangladesh. Private commercial banks play a vital role in the overall development of our economy and to be specific in employment sector of our country. Though it is a challenging profession, job seekers have high priority to choose it as career. Social status, comparatively high job security and healthy pay-package in early stage of career are considered to be the reasons for choosing banking as profession. But after choosing banking as profession there are some crucial factors which work as determinants for Job Satisfaction.

DETERMINANTS OF JOB SATISFACTION AND MORALE:

There are two kinds of actors mostly affect the workers in Banking. Personal factors and factors inherent in the job.

1) Male/female Banker: Though the number of women working in a bank is increasing, but the investigation finds that women are less with banking job. Another reason is that banking is a challenging profession it requires tremendous determination to succeed. Those who are working they are doing for their pleasure or for the support income aspect. Generally tendency is such that unless women feel necessary she will not go for job. Though the scenario is changing very few women are career oriented. Almost all are job oriented, having a little desire for further progress. Male employees are thinking of competition era now, and they are thinking of promotion to the next cadre. But, in a country like Bangladesh the opportunity to have a highly secured job is rare.

2) Age: Age is an important factor to decide about job satisfaction. Maximum age limit for probationary officers/officer to join bank is of 28-30 years. While officers above the age group of 35 seems to be settling somewhere permanent as frequent transfer is not a conducive one for them. So far female employees are concerned, they are highly satisfied as the general duty is related to children bringing up and taking care of beloved ones.

3) Time on Job: Employees who have got higher need for achievement time on the job may become crucial factor if not promoted, hence they are dissatisfied. It has been seen that job satisfaction level among officers level employee is somewhat below par as they wanted to show their competence to the higher level and demand promotion. It is observed that most of the employees put a lot of efforts in their work at the initial stage of their career.

4) Education: As bank is engaged with commercial activities, it requires better aptitude towards figure and calculation. The survey reveals that the employees are from various disciplines

Science, Commerce, Arts etc. It clearly proved by the performance that regardless of educational disciplines they are quite successful in their profession. As banking is a field where more practical implication is required rather than theoretical knowledge. Another, interesting think is that people with less qualification suppose to be satisfied with their job and their satisfaction level is quite static over the period of time and they think that this job suits to their educational background, and hence satisfied.

5) Religion: The factor which should be considered as an important determinant of job satisfaction and morale of employee is religion. Religious belief among the employees resists them to act any unlawful and unethical activities as well as the religious believe motivates them to be satisfied with what they get. 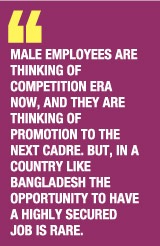 FACTORS INHERENT IN THE JOB:

1) Type of work: The most important factors inherent in the job are type of work. It is clear that employees working in the banks are satisfied with their work. As we know that job market is not expanding in Bangladesh, most of the people who get the job of a bank are initially very satisfied. There are mainly four departments in a bank and study reveal that employees working in the Cash Department suffer stress and their satisfaction level is reduced substantially. Most satisfied employees found in the Investment Department. Banking sector has got a tradition of rotational services especially for entry level officers. It means changing of counter, brings some level of dynamism. While for the rest of the employees repetitive and monotonous task looks boring.

2) Skill required: Skill in relation to job satisfaction has a bearing on several other factors, kind of work, responsibility and others. A study of the relation of skill to job satisfaction concluded that where skill exists to a considerable degree, it tends to become the first source of satisfaction to the workman, satisfaction in condition of work. Research indicates that most of the employees in every department get required skills to perform their job effectively and efficiently. Again, many respondents think they are not appropriately suited to the job that they are specified and ultimately this reduces their job satisfaction and morale towards the organization.

3) Occupation status: Occupation status is related to, but not identical with job satisfaction. Occupational status is always valued in terms of others opinion. It has been seen that employees who are working at the lower position seems to look for other job, where they can have greater job satisfaction. It has been seen that employees are more dissatisfied in jobs that have loss social status and prestige. Study discloses that most of the employees working in the banks seem to be quite satisfied with their occupational status and they are quite happy to say  other about their job in the society.

5) Size of Organization: In a small organization, employees get a greater chance to interact with other employees and can seek co-operation of others very easily. While in a large organization this can be possible but depending upon requirement of the organization and the task which it has assigned to the employees. It is observed in the research on an average there are 27 employees working in each branch which is well above the industry average and considered to be overcrowded. Still many employees blame they have to take too much responsibility because there are not enough workforces to do the job effectively.

6) Present place of work: Employees’ level of job satisfaction varies with the present place of work. Employees working in rural and semi urban branches seem less satisfied than employees with urban and metropolitan branches. As the business is carried in branch wise, this is located in rural, semi-urban, urban and in metropolitan cities. In comparison to metro and urban branches, semi-urban and rural branches are small and the employees of these branches are having a better opportunity to interact with one another, while in big city branches, this seems to be a rare one. Most of the respondents in the research response positively that is, they are quite satisfied with their present place of work.

1) Security: An average employee will think of job security first rather than other factors to get settle in life. It has been seen that employees secured in job are more satisfied in their job. But security is of less importance to the better educated person, perhaps because there is not so much fear of layoff in the kind of jobs that the highly educated obtain, or the highly educated are justifiably more confident of being able to find other jobs if necessary. Research indicates that all the employees are highly secured hence they are satisfied.

2) Pay: The importance of pay as a factor in job satisfaction has been greatly over emphasized by management. Most studies have found that pay ranks well below security, type of work etc. The research exposes that the pay structure is well below the industry average. Though, many employees think they are paid reasonably but most of the top and mid level executive/officers think they are less paid. It is observed that because of low level of pay structure many mid level employees already switched to another bank and it is a potential threat for the bank.

3) Opportunity for advancement/ Promotional Opportunity: In today’s time this factor is of greater importance. Young ones are more interested in advancing because it is possible only in his earlier years. Belief that individual merit is rewarded would appear to be closely related to belief that there is chance to advance even where a person does not believe that he deserves a promotion it is still highly important to him that the best man be prompted. Research finds out that employees are moderately satisfied with their promotional opportunity and most of them believe that the promotional policy handled fairly, though it is observed that few young employees were dissatisfied with promotional policy because they think seniority is given more preference over performance.

4) Working Conditions: Working conditions rank variously from second to eighth in importance, there seems to be a tendency for working conditions to be ranked lower, perhaps because they have been improved in banking sector. The study observed that management ensured a comfortable working condition suitable for employees. All the employees are satisfied with working 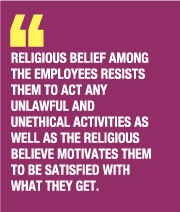 5) Co-Workers: One’s associations have frequently been mentioned as a factor in job satisfaction. Certainly this seems reasonable as people want to be near their friends. Survey finds that co-workers seem to be co-operative one. After working for many years together brings a sense of mutual cooperations, which is there with the bank. But nature of man is such that anything is offered with the expectation of return. Above all, employees are moderately satisfied with their support from colleagues.

6) Supervision: Good supervision ranks about average in importance of the first ten things people want in a job. To the subordinate his supervisor is the company; hence worker’s feelings towards his supervisor are usually similar to his feelings towards the company. Supervision is without question, one of the most important factors related to job satisfaction, which is correlated with factors that also are important in assessing job satisfaction level of bank. Employees are moderately satisfied with supervision they get from their superior. It is necessary to mention that some express their dissatisfaction with superior support and they blame that they are not getting enough support from superior to perform the task effectively and efficiently. 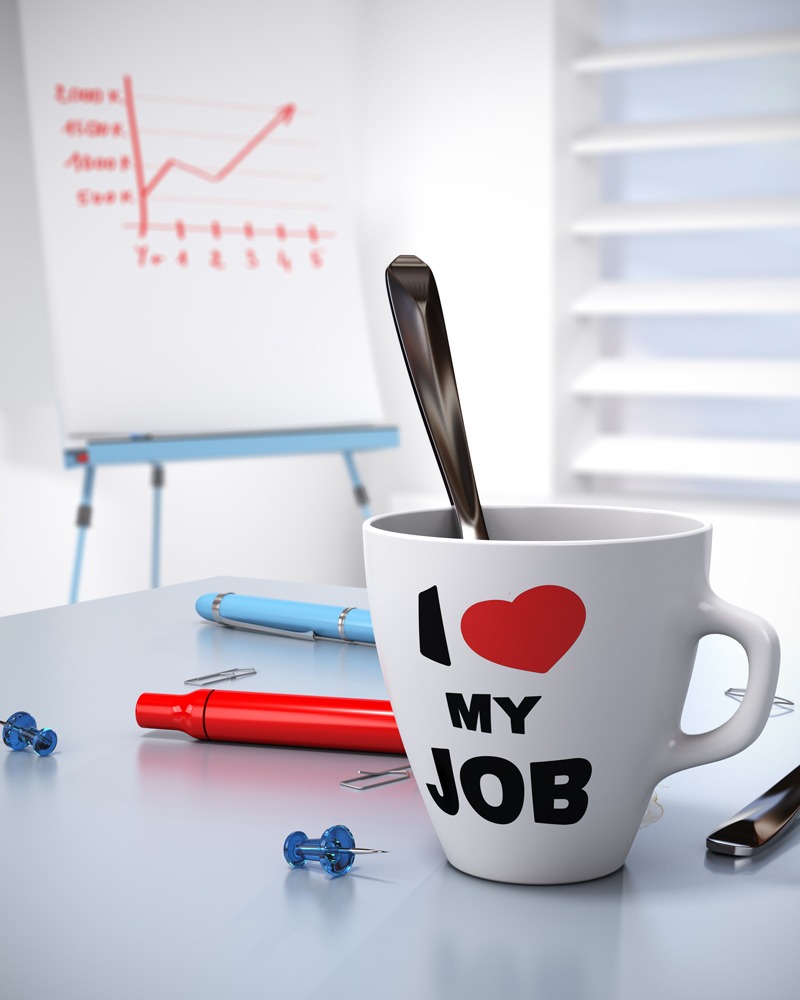 7) Other Factors: Other factors include culture, relationship with peers and subordinates and recognition of work are important determinants of job satisfaction and morale. Whenever any employee in an underdeveloped economy finds a job with higher security and regular return, he/she is satisfied. A tendency of lack of commitment has been noticed among employees.

Some of other important factors associated with “Job Satisfaction” are as follows:

• Feeling comfortable talking to the supervisor about job content.

• Having open communication throughout the workplace.

• Having performance evaluations done by his supervisor be fair and based on clear performance standards.

• Career advancement had a strong association with job satisfaction.

• Working in an environment of cooperation and mutual respect was also important to the employees’ job satisfaction.

• Topics such as talking with senior management about problems with and simple open communication throughout the workforce are among some others associated.

Feeling motivated at work is just as important as having work assignments delegated fairly. It is strongly believed by employees that the work-loads are not equal between colleagues. Satisfied Employees believe they are providing a valuable service to their clients and make contributions to the overall development of the bank. Three best things about working at the Bank include: Reputable job in the society, friendly colleagues/supervisors and feel secure in the job. More training and necessary equipment to perform the job would also be appreciated. Job satisfaction can affect employee morale, turnover, absenteeism, and pro-social behavior, which can be crucial for organizational success. This not only applies to traditional business but also the financial institutions like bank. The bank’s missions as well as motivation and hygiene factors are important for their job satisfaction.