You are here
Home > Editorial > From The Editor July 2018

In the outgoing fiscal of 2017-18, we had a budget that was bigger than any other budget in Bangladesh’s history. Now we are pushing for a bigger one with higher targets in FY 2018-19

Many would agree that an 18.3 percent increase of the proposed budget is neither huge nor ambitious. But then if one considers that we are having one of the lowest annual development programme implementation in the outgoing fiscal, or that the FY’s tax revenue collection has really fallen flat, the new targets may look rosy but inherently posing a lot of fruits for thoughts.

A big budget with higher target is understandable as with a national election scheduled to be held at the yearend, the government obviously need to push for wooing the vote banks both with numbers and words. The ruling Awami League has been staying in power for two complete terms—10 years—more than any other government formed by any parties.

Development in many areas has obviously taken place during its tenure. What now has to be put under scanner is the sustainability of these development works. A big budget would obviously give the government an edge on paper but it has to walk its talk if it wants to come in power for the third consecutive times.

We ran a cover story and some subsequent analysis on this issue to look the national budget for FY 2018-19 from different points of angels. We hope our readers will get an insight about the budget through those. 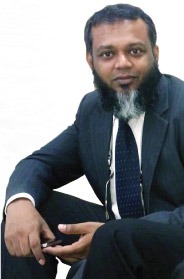 Now, with the FIFA Football World Cup—the greatest show on earth—going on, it’s hard to stay nonchalant about the glitz and blitz it brings. The Fintech team gets on board to provide our readers some interesting aspect of this world cup, obviously from the tech and financial angel.

During the world cup, the TV advertisements (shown before and after the matches) of several mobile financial services caught our eyes. On this issue, we run stories NexusPay, arguably the best and the most complete digital payment solution available in the market. From our side, we believe it will be a game changer and will help making Bangladesh cashless and cardless.