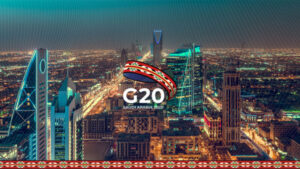 The statement said the Saudi G20 presidency will “build on the success of the extraordinary virtual G20 Leaders’ Summit held in March and on the outcomes of over 100 virtual working groups and ministerial meetings.”

G20, the world’s premier platform for international economic cooperation, is leading the fight against the global COVID-19 pandemic. G20 members have contributed over 21 billion U.S. dollars to support the production, distribution and access to diagnostics, therapeutics and vaccines, according to the statement.

Under the theme of “Realizing Opportunities of the 21st Century for All”, the upcoming Leaders’ Summit will focus on protecting lives and restoring growth, the statement added.

G20 leaders will also address vulnerabilities uncovered during the pandemic and lay down the foundations for a better future, it said.