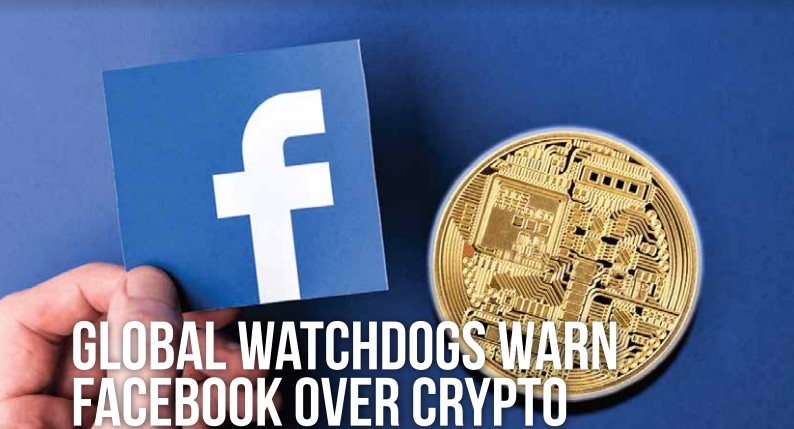 Global privacy regulators have joined forces to demand assurances from Facebook about how it will share and protect the financial data of its users when it launches its planned cryptocurrency, Libra.

Governmental data and privacy commissions from across the world, including those from Australia, Britain, Canada the EU and the US, issued an open letter to Facebook this week, reports AFP. The letter, that calls on the social media giant to respond to more than a dozen concerns about how it will treat private personal information of people using the digital currency, directly asks Facebook to explain “how customers’ personal data will be processed in line with data protection laws.”

Libra, and its digital asset wallet Calibra, were announced in June by a group of companies led by Facebook, and the privacy watchdog letter follows a string of warnings about Facebook’s entry into the often murky world of digital banking. Last month, a meeting of the G7 finance ministers and central bankers warned that digital currencies “such as Libra” are raising serious concerns and must be tightly regulated to stop them destabilizing the global financial system.

The watchdogs, in their open letter, wrote that Facebook and its subsidiaries “have failed to specifically address the information handling practices that will be in place to secure and protect personal information.” Facebook’s previous handling of user data, highlighted by the on-going Cambridge Analytica scandal, has “not met the expectations of regulators or their own users,” they added.

“As representatives of the global community of data protection and privacy enforcement authorities, collectively responsible for promoting the privacy of many millions of people around the world, we are joining together to express our shared concerns about the privacy risks posed by the Libra digital currency and infrastructure.

“Other authorities and democratic lawmakers have expressed concerns about this initiative. These risks are not limited to financial privacy since the involvement of Facebook Inc and its expansive categories of data collection on hundreds of millions of users raises additional concerns.”

The regulators demanded Facebook provide guarantees that user information, such as transaction histories, will not be shared without explicit consent and that all personal data will be adequately secured by all parties in the Libra network.

The “combination of vast reserves of personal information with financial information … amplifies our privacy concerns about the Libra Network’s design and data sharing arrangements,” concluded the watchdogs.

The Facebook currency that aims to provide financial services using blockchain technology and is to be overseen by a Geneva-based Libra Association of companies, has been widely seen as a challenger to Bitcoin that has been, to date, the dominant if controversial global player in the digital asset sector.

Libra was initially slated to launch in the first half of 2020, although this barrage of high-level criticism might see that date delayed.

Libra has also faced direct scrutiny in the US Congress, with US Treasury Secretary Steven Mnuchin and Federal Reserve chairman Jerome Powell both voicing their concerns. President Trump took to twitter to add that he is “not a fan” of Facebook’s planned crypto.

Bank of England Governor Mark Carney, however, said he is cautiously welcoming the digital currency. The Bank of England, said Carney, “approaches Libra with an open mind but not an open door.”