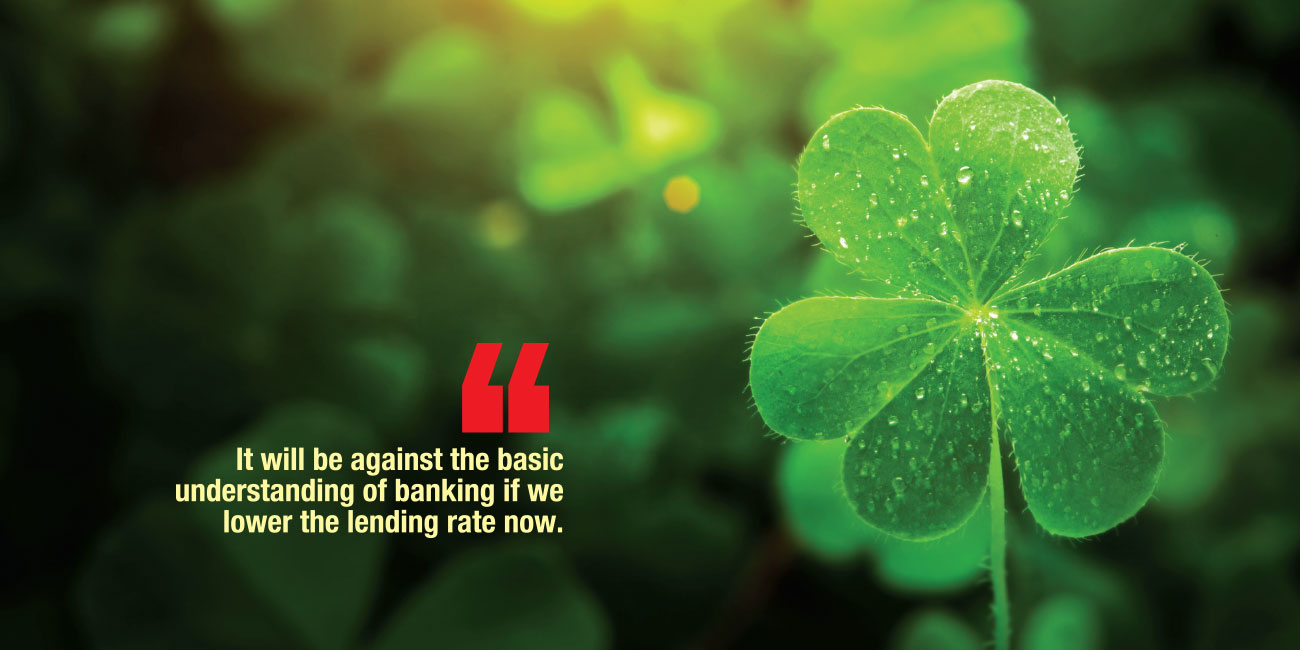 The government has decided to make it mandatory from August 9 for all the scheduled banks to charge a maximum 9 percent interest rate for lending, and 6 percent for deposit.

Finance Minister Abul Maal Abdul Muhith made the announcement while talking with the journalists after a meeting with the bank owners and managing directors (MDs) on August 2.

The bankers meanwhile say bringing it down to single digit will not be a cakework under present circumstances.

Prime Minister Sheikh Hasina herself directed the bankers in April to offer single digit interest rates on loans, in order to boost investment in Bangladesh. “Interest rates have to be slashed and they should be in single digits. Otherwise, investment will not accelerate along with employment generation,” she said.

Arfan Ali, Senior banker and the incumbent Managing Director of Bank Asia said, the credit growth, at this moment, is still higher than deposit growth. “It will be against the basic understanding of banking if we lower the lending rate now.”

Ali said the banking sector still can’t get out of the liquidity crisis. “Without a balanced cash flow, which I would say is still absent, it will be not be able to bring down the interest rate soon.”

To get the banking sector out of liquidity crunch, the government earlier had decided to inject Tk 10,000 by lowering down the Cash Reserve Ratio (CRR) by one percent, which thus would release the aforementioned amount.

The reduction of CRR—the minimum fraction of customer deposits each commercial bank must hold as reserves in the central bank for risk management—is likely to give some cash-starved private banks “much needed” fund for meeting its customer’s needs. Along with this fresh injection of money through the reduction of CRR, the government also decided to allow state agencies to deposit 50 percent of their funds with private banks, up from the existing ceiling of 25 percent, to tackle liquidity crisis.

“They could have taken the decisions after discussions among themselves, but this did not happen. More surprisingly, the decisions were taken following pressure from the banks.”

He said the central bank decisions would send a ‘wrong message’ to the entire financial sector.

“There is no guarantee that the banks with bad performance will not misuse the money if they are given more now,” he said fearing that the failure to punish the loan defaulters due to the central bank’s ‘weak control’ will lead to even more bad loan.

Nazrul Islam Mazumder, Bangladesh Association of Bankers (BAB) Chairman however said, even though the government has taken those measures, Tthe cash flow in the banks haven’t been increased yet.”

Mazumder, who heads association of private bank owners said even the state owned banks don’t bring down their lending rates down to single digit despite having large chunk of ideal money.

What the BB Monetary says?

Bangladesh Bank meanwhile in its latest monetary policy for January-June has created provision for tightening the money supply and curb excessive lending.

The Bangladesh Bank slashed loan-deposit ratio by two percentage points to 83 percent, meaning that the bank’s ability to lend will be further tightened.

In the past few months, a series of loan scams in Farmers and some other banks created a dent in depositors’ confidence in private banks, which subsequently led to the liquidity crisis.

Because of their fund withdrawals, a number of banks have been scuppering for deposits to adjust their loan-deposit ratio, and in so doing, are pushing up the interest rate for deposit.

While it is positive news for depositors, it is also pushing up the interest rate for lending. There is adequate liquidity in the country, as the call money market rate suggests: it is less than 4 percent.

Meanwhile, most of the private commercial banks, which have crossed the loan-deposit ratio (LDR) limit, are chasing after deposits to bring down the ratio within 85 percent as they cannot recover loans overnight. An 85-percent LDR limit means a bank can give a loan of Tk 85 against a deposit of Tk 100.

Of the 57 banks, the loan-deposit ratio of 38 banks is lower than 83 percent already. To adjust to the new ceiling, banks will have to increase the total deposit by Tk 11,000 crore.

Economist Mirza Azizul Islam criticized the government move of injecting money into the banking system by reducing CRR and allowing state owned agencies to deposit money into the commercial banks.

He said instead of ensuring good governance in the country’s crisis-riddled banking sector, the authorities are desperate to save a bad bank.

“At first, the banks should improve their management capacity to recover their bad debts and continue their business with the recovered money. Injecting public money into bad banks can never be a good practice,” he said.