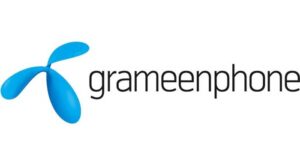 A three-member delegation from Grameenphone led by its Chief Human Resources Officer (CHRO) Syed Tanvir Husain, handed over the cheque to Labor and Employment Secretary KM Abdus Salam at the Secretariat, said a press release.

Grameenphone had been regularly contributing a certain portion of its profits to the Bangladesh Workers Welfare Foundation.

As the highest contributor to this fund, Grameenphone has so far deposited Taka 151.61crore.

During the cheque handover event, Labor and Employment Secretary KM Abdus Salam said: “The fund provides support to the workers in the formal and informal sectors in the treatment of accidental deaths in workplaces, injuries, incurable diseases and also for the higher education of meritorious children of the workers. During the coronavirus crisis this year, around 2,000 workers have been aided with approximately Tk6.25 crore from this fund.”

CHRO of Grameenphone Syed Tanvir Husain said: “Organisations of different sectors need to step up to aid the people as a measure to tackle this situation. In this unprecedented adverse time, this assistance will undoubtedly help the distressed workers.”

Under the Bangladesh labour law, domestic and foreign companies contribute one-tenth of 5 percent of their profits to this fund at the end of the year.

So far, 165 companies, including Grameenphone, have contributed a certain portion of their profits to this fund.

These funds are spent on the welfare of the workers engaged in formal and informal sectors.

Top GP officials, as well as those from the Ministry of Labor and Employment were also present.