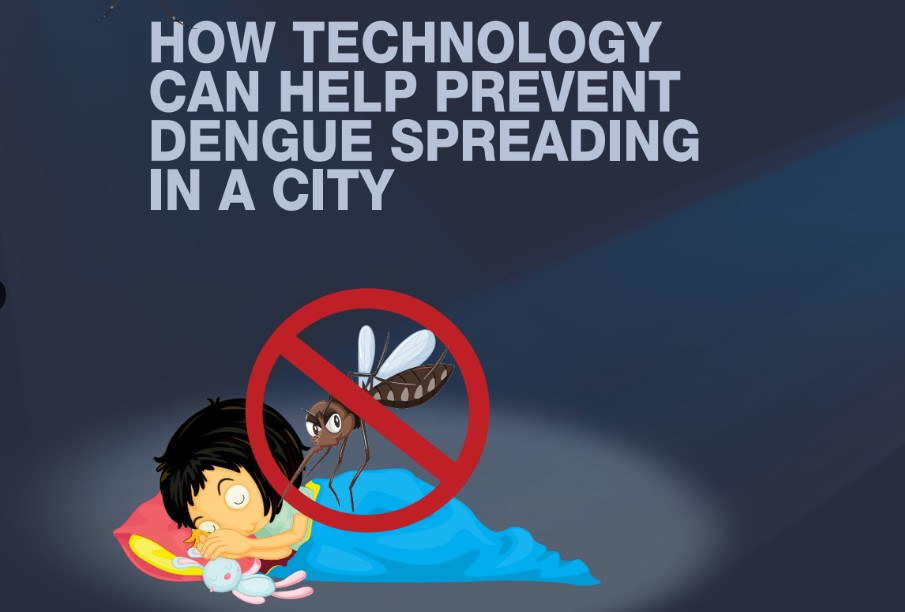 As dengue outbreak is taking its toll on people’s lives here in the country, authorities and experts concerned are looking for every possible option to prevent the prevalence of the mosquito borne disease.

Usage of technology—specifically crowd sourced data on the disease—could be an excellent weapon to find out the root of the Aedes mosquito population, and hence could aid the authorities to take appropriate measures in those specific mosquito breeding grounds, said the experts.

With record dengue outbreaks this year, the usage of crowd sourced data surfaced up for the first time through the initiative by some youth led by Mustakim Ahmed, an IT professional.

In any infectious disease surveillance, data through crowd sourcing offers the opportunity for collection of symptom and related information right from the point of care.

Upon receiving data from different interviewees, a designed algorithm creates the map in where, red marked circles show the area with the most dengue affected persons in the city.

The more data the algorithm is fed, the accurate the result it produces, Mustakim said adding that for larger data input set, the google doc interview form is circulated in social media.

This idea implemented by Mustakim is not a thing. In the last few years, many Southeast Asian cities are researching on how new technologies, including internet tools such as social media or mobile devices coupled with global positioning systems enable a new form of infectious disease information to be garnered directly from citizens.

These crowd sourced data evade potentially constraining infrastructure costs and regulations, can be generated in real time, and can be used to fill in gaps in health information due to barriers in health-seeking behaviors through traditional systems, said the experts.

Furthermore, these tools can now be deployed at scales that enable information to be garnered at a population level, experts added.

Researchers at Nanyang Technological University (NTU) in Singapore have developed a social media-based system called Mo-Buzz that can predict where and when dengue might occur.

It combines a web system that taps into historical data on weather and dengue incidents and swift reports by the public on mosquito bites and breeding sites via smart phones and tablets.

These reports are geo-tagged to the user’s location and shown live on Google Maps in the system.

This real-time information can boost the authorities’ efforts to keep a constant eye on the spread of dengue and, more importantly, help in using resources more accurately and in a more targeted manner.

The system is developed by NTU at the Centre of Social Media Innovations for Communities (COSMIC), which, as its name suggests, aims to develop social media innovations to bring about self help in a more integrated society.

Mo-Buzz is a combination of a public health surveillance web application, integrated with a social media-based mobile app. By leveraging crowd sourcing and advanced computing, Mo-Buzz can potentially predict dengue outbreaks weeks in advance, and enable users to help health authorities monitor the spread of dengue in real-time using their mobile devices.

E-commerce Association of Bangladesh (ECAB), in association with five different ministries of the government have followed the model of Mo-Buzz and developed an app here in Bangladesh called “Stop-dengue”

Explaining the purpose of Stop Dengue, Abdul Wahed, secretary general of ECAB said that what we’re hoping to do with a dynamic system like “Stop-dengue” is to create active channels of communication between citizens and health authorities during the dengue season.”

He said the main advantage is that it helps everyone take preventive action well ahead of time, which is what is important for preventing dengue and saving lives.

“If you download the Stop-dengue app, you will see that there is an option of taking photo and submitting it. If you see a potential breeding ground of Aedes mosquito, just snap a photo and submit it, the central server will detect the location,” he said.