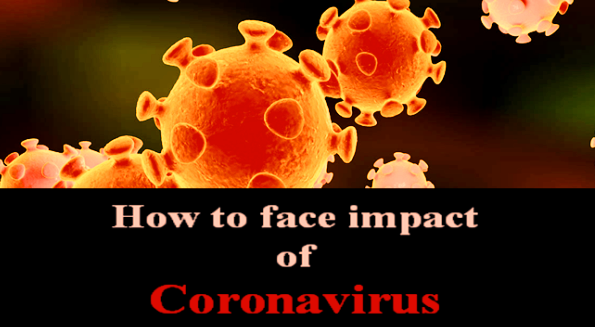 At the initial stage of outbreak of coronavirus in China, all had a fear of disruption of supply chain of raw materials and other domestic supply. Bangladesh’s total merchandise import payments were $56 billion in 2018-19, of which more 28 percent was from China. Nearly 70 percent of the imports from China were textile raw materials, machinery, boilers and electrical and mechanical appliances. The possible impact in disruption of production and export of garments others. There was a prediction of inflation in the economy.

Though the world has faced several pandemics in the 21st century such as Severe Acute Respiratory Syndrome (SARS) in 2002, N1H1 (Bird flu) in 2009, Middle East Respiratory Syndrome (MERS) in 2012 and Ebola in 2013-14, the novel coronavirus or Covid-19 is different due to its exponential growth and attacking powers. The virus now spread throughout the world particularly in the west. Our major export market is the west. Now the whole world entered in to a recession and it will apparently will prolong for few years.

Through the supply chain, global economy has connected through cross-border flows of good, services, people, knowledge, financial capital, foreign direct investment, exchange rates and international banking. Therefore, Bangladesh will experience a slow growth in its economy, as the USA, UK and Germany are the main importers of its products specially clothing and leather products and China is among the main investors for mega development projects.

The novel coronavirus has brought a dramatic slowdown in the overall life style and economy of the world where Bangladesh became a victim too. The exponential spread of the virus and its deadly effect made it clear that it has the potential to wreck the economy. Government must not allow a deflation of the economy, because the cost of deflation will be wholesale bankruptcy or loan defaults, closure of production units and massive job losses.

A possible global economic slowdown due to uncertainty in production, disruption in supply chain and reduction in demand in the global market may severely affect Bangladesh’s export and its overall economy. Actual impact on Bangladesh export is yet to be assessed, as it will depend on the developments surrounding the outbreak. Recently, the Bangladesh Trade and Tariff Commission in its report said that the epidemic could put a huge negative impact on Bangladesh’s export and import. According to the report, 13 sectors, including export-oriented RMG, leather and leather goods, apparel accessories, cosmetics, electrical goods, jute, medical equipment, electronics goods and plastic goods, might face the blow. The leather sector alone may face a loss of Tk 3,000 crore due to the epidemic.

The impact will surface in two channels. Compounding the first round adverse impacts on export and there will be second round impacts on other sectors from the depressed domestic demand. The global recession will come through slow export order of garments and the domestic demand will shrink gradually. It could wipe $3.02 billion off the $300 billion-plus economy. In such a scenario, 894,930 jobs will be lost, according to the ADB. The gross domestic product may contract by as much as 1.1 per cent in the hypothetical worst-case scenario of a significant outbreak of coronavirus in the country. The Bangladesh economy has never seen such a multi-pronged pressure leading potentially to huge compression of domestic demand. If domestic demand is protected close to the recent normal levels, the country would avoid massive economic meltdown. The collapse in the demand for exports will be much beyond the garment sector to include other exports like leather and footwear, jute and jute goods, frozen food, home textiles, light engineering, plastic products and electronic goods.

The government and their central banks in other countries have already taken up various measures. The major central banks, including the US Federal Reserve, have announced extremely large stimulus packages in an effort to dampen the contractionary effect of the economic disruption caused through fighting of the virus. Bank of Japan, European Central Bank (ECB) and the Fed all have announced massive liquidity injection to overcome the liquidity crunch that generally accompanies a massive shock of this proportion. The Fed has announced its readiness to inject fresh liquidity of $700 billion. In addition, despite its hostilities to the Trump administration, the US Congress in recent days has announced a fiscal package of more than $40 billion. Bangladesh does not have the capacity that other industrial countries have.

The impact from international trade in Bangladesh will be in billions of dollars and if not urgently addressed by a comprehensive policy package will lead to massive layoff of industrial sector workers. We need to take lessons from other governments and the central banks. The central banks came forward with package of lower interest rate and influx of money in circulation to meet the short of income and to keep the business running to protect the job of millions of low income workers in private sector. They can go for massive injection of liquidity into the economy. The objective will be to maintain the level of employment at the current level to avoid massive unemployment and potential social unrest.

Dr Ahasn H Mansur suggested that Bangladesh Bank should go for quantitative easing through purchase of Treasury bond and bills. The initial amount of liquidity injection could be around amount of Tk. 25,000 crore. The finance ministry should put in place an emergency economic package of at least Tk. 25,000 crore (about $3 billion or 1 per cent of GDP) and should remain committed to support export and domestic sectors workers and entrepreneurs with more resources if needed. Other than garment and the export sectors, the government should also bring those domestic service sectors significantly impacted by the global and domestic spread of the virus. This class of enterprises include hotels, restaurants, resorts movie theatres, theme parks etc. The employment in such informal sector is significant in number. All workers would protected so that their collective demand is meet and the economy avoids a collapse in domestic demand. The size and range of measures to consider would also change over time, depending on how long the global crisis lasts, how much is the spread of the virus in our own country in the coming months and the depth of demand compression Bangladesh experiences.

Recently Bangladesh Garment Manufacturers and Exporters Association (BGMEA) written to government to support to pay the workers’ wages and bonus. BGMEA also requested the Central Bank to facilitate the extension of all maturing letters of credit due to disruption of supply chain and extend the tenure of back-to-back LCs issued against export development fund (EDF) may be increased from 3 months to 6 months.

Banks should also be encouraged not to create forced loan against overdue back-to-back credit and enhance the credit limit. All exporters with good track records of regular export may face shortage of fund due to cancellation of orders and halt of shipment or no orders from the European and American buyers should be given the option to consolidate the outstanding maturities over the six-month period and the consolidated amount be restructured and payable over a three-year period.

Some governments in other part of the world have frozen payment of house rents and subsidy for food. Government also offer to bear cost of all testing and other medical costs. Authorities in Bangladesh must do what can afford to do under the current circumstances. Unfortunately, the authorities have no records of people working in informal sector and the local government system is very weak and influenced by politics.  It is very difficult to support the deserving people through corrupt administrative channel. Government may evaluate to extend support through joint program of NGOs, local government and administration.

The author is an administrative officer at International Business Forum of Bangladesh (IBFB) and he can be reached at admin@ibfb.org.