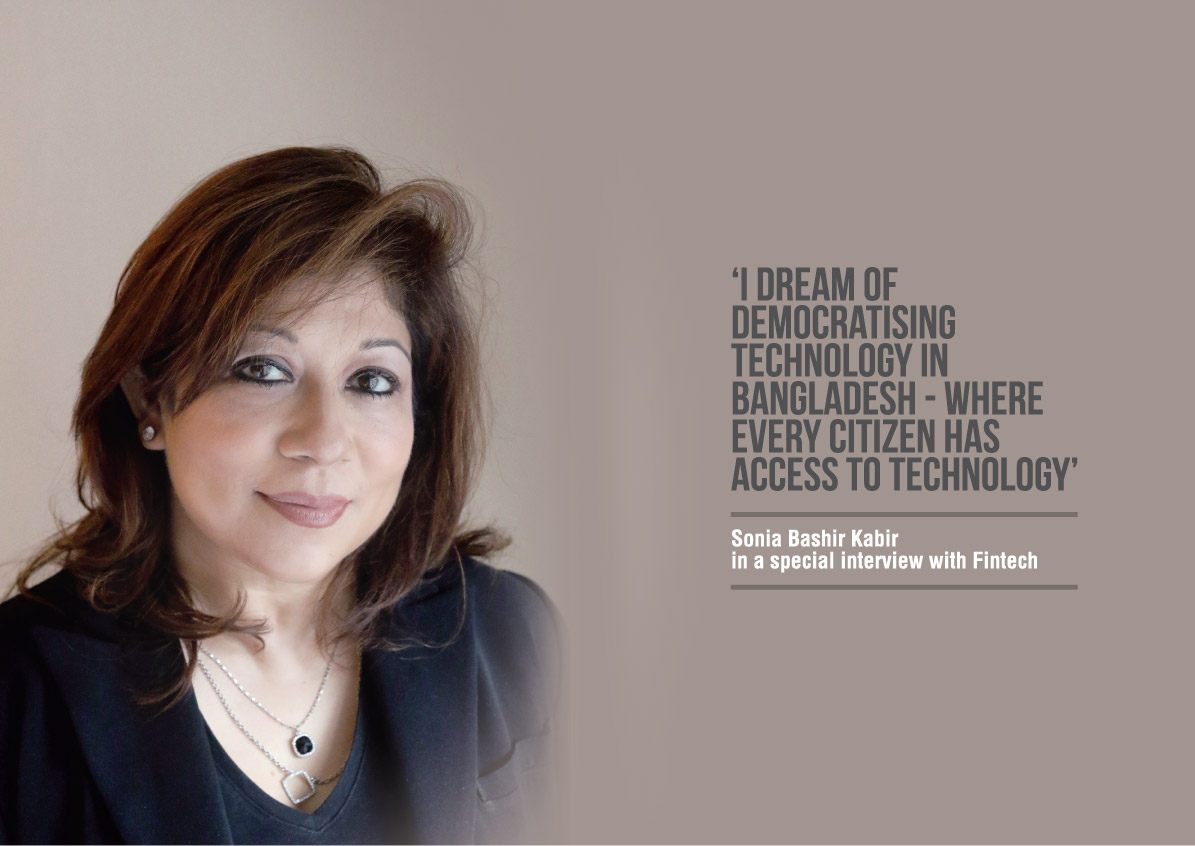 Sonia Bashir Kabir needs no introduction. Although often reduced to just a ‘woman’ role model, which she is, her illustrious career can certainly be an example to follow for both men and women in the tech business or any other business in any profession.

With her past experiences of heading Microsoft’s business development for South East Asia’s New Emerging Markets, Country Manager for Dell Bangladesh, and currently the Managing Director for Microsoft Bangladesh, Nepal, Bhutan and Laos, Ms Kabir is one of the most important people in tech in this country. In person, she is exuberant and exudes positive energy, as we found out when we sat down with her for an interview at her office in Gulshan. She talked to Fintech about a host of pertinent issues including Microsoft’s operations, cloud computing, democratizing technology, reducing the digital divide and attracting Venture Capitals to Bangladesh.Here is the interview for the readers of Fintech.

FINTECH: You were in Silicon Valley for 20 years. What new technologies were introduced at that time and how were the VCs like then, please share your experience.

S B Kabir: My journey was very interesting. I left Dhaka after my Higher Secondary Certificate/12th grade as I got married and moved to Silicon Valley. I did both my Bachelors of Science (BS) degree and MBA in Silicon Valley; plus, worked in the Valley for over a decade. The most memorable experience for me was the rise of the personal computing era. The 1981 launch of the IBM Personal Computer coined both the term Personal Computer and PC. Interestingly enough, Microsoft wrote OS software for IBM – Personal Computer DOS 1.0 After the development of the microprocessor, individual personal computers (PCs) were low enough in cost that they eventually became affordable consumer goods and hugely popular. Personal Computers were the hardware that changed the world. When I reflect on my time at the Valley, it does feel special to have been there at such an interesting time. 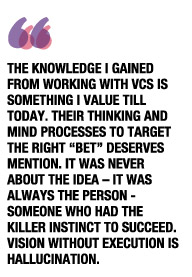 The knowledge I gained from working with VCs is something I value till today. Their thinking and mind processes to target the right “bet” deserves mention. It was never about the idea – it was always the person – someone who had the killer instinct to succeed. Vision without execution is hallucination. VCs would look for CEOs who were not only resilient but also persistent. The CEO who had the ability not just to fail fast but rise higher after every fall.

FINTECH: At Silicon Valley you worked at Sun Microsystem/ Oracle for 7 years. What would be some of the noteworthy memories you would want to share with us from your experience at SUN.

S B Kabir: SUN was the coolest company to work for during late 90s. I enjoyed working there.

If I were to pick memorable learnings I would say: number one was that it was ‘disruptive’ – Sun was a very forward thinking company trying to challenge and change status quo technology Sun Ray model for desktop virtualization was precursor to the current day cloud computing model. And second was that it was innovative. Java, a high-level programming language was developed by Sun Microsystems. It was originally designed for developing programs for set-top boxes and handheld devices, but later became a popular choice for creating web applications.

FINTECH: You are highly educated with degrees from USA but essentially you were a Bangladeshi woman in Silicon Valley. However, you successfully managed to get into the hi tech profession. What was it like from the perspective of a female person from a developing country?

S B Kabir: I had two advantages. One was that I was educated in Silicon Valley and secondly I had access to the right people to network with. My MBA class was taught by adjunct professors who were professionals that worked in hi tech firms. One should not underestimate the power of networking. The problem students face globally is lack of reach to individuals they can network with to land the right job. 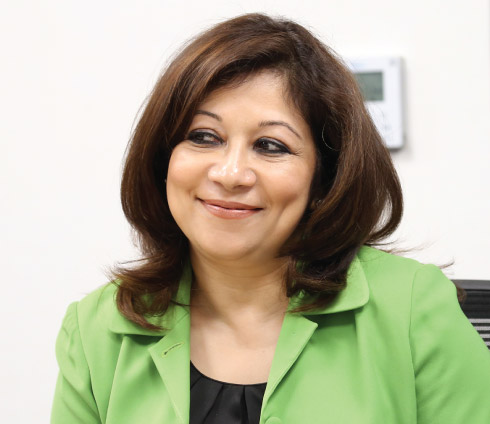 FINTECH: You returned to Bangladesh after 20 years in Silicon Valley. We know where you worked, but please elaborate on a few insightful experiences that helped you pave the way for success and get you to where you are today.

S B Kabir: I learnt about technology, processes and products in the Valley which helped me prepare to move ahead in my career. However, my learning was incomplete till I moved back to Bangladesh. What I have learnt in the last 10 years and continue to learn daily from working in my country is immeasurable. Simple things like gratitude and being accepting have redefined my way of thinking. I have learnt that we as a nation need to look at problems from a non-traditional approach with all the windows in our brain open to accept and adopt disruptive solutions and to embrace technology all the way. A farmer can use technology as much as a rocket scientist.

FINTECH: Tell us about Microsoft’s operation in Bangladesh, Nepal, Bhutan and Laos, for which you are the MD.

S B Kabir: Microsoft has evolved as a company. We aim to “empower every person and every organisation on the planet to achieve more’. My goal for these multi countries is to evangelise technology and enable them to morph to state of the art solutions for their problems with state of the art technologies which range from data platform to artificial intelligence. Least Developed economies have the ability to graduate to middle income by leveraging technology. I am excited about the role I can play in Microsoft to empower these countries.

FINTECH: In what capacity is Microsoft present in Bangladesh?

S B Kabir: We are the only foreign technology company that is registered as a Bangladeshi company. We are Microsoft Bangladesh Private Ltd. We pay taxes to the government of Bangladesh. This is Microsoft’s commitment. We had to invest a lot of dollars to open a Private Limited Company approved by the Board of Investment/BIDA. All the other US tech companies generating revenue from Bangladesh are either a liaison office or have no legal presence.

Despite the fact that countries embrace pirated Microsoft Software, Microsoft as a company does the right thing by establishing legal presence. 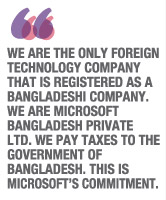 FINTECH: Dell acquired EMC after you had left as the country manager. Had that happened before, would you have decided differently, seeing it’s one of the boldest acquisition and the promise it created?

S B Kabir: That’s an interesting question. Actually I have not stayed in any job for more than three years. This is the first time in my career when I am in a position for more than three years. Microsoft has treated me well. Last year I got the Bill Gates Founders Award. Only 10 people out of Microsoft’s 100,000 employees get this award every year. I got a Rolex watch with my initials SK etched on the back. It reads “SK with thanks BG’, which is Bill Gates. That’s something I will cherish.

This year I was given more responsibilities. I am now responsible for more countries. Microsoft believes in me and I love working for an awesome company like Microsoft. 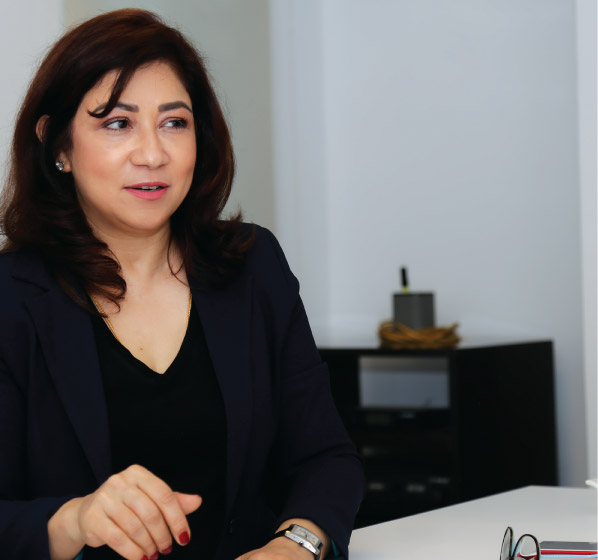 S B Kabir: I believe one should not stay in the same job for too long (more than three years) otherwise it is the law of diminishing returns. We learn the first year, we deliver on expectations the second year and go above and beyond your kind of duty in the third year. It’s boring after that! Microsoft has redefined my role at the end of the 3rd year and is not giving me a chance to get bored.

FINTECH: You are a director of a fintech company, D Money. What innovation are you seeing in this space? 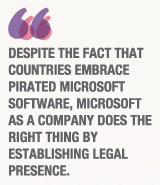 S B Kabir: D Money is a wallet. I believe the fintech disruption is going to give the traditional banks a run for their money. People won’t go to banks – banks will go to people through devices. Transactions will speed up and inclusion will be the name of the game. The 54 banks today not catering to unbanked will be racing to get the unbanked when fintech companies open the flood gates. We are poised for a huge transition and I am excited. Let me save some surprises about D Money for later.

FINTECH: This is two questions rolled into one. You won an SGD pioneer award this year. You were also appointed as the Vice President of the UN Technology Bank for LDCs. Tell us more about this.

S B Kabir: Let me start with the UN Tech Bank. It was started when Mr Ban Ki-moon was the secretary general. It is established for the 47 least developed countries (LDC). The Tech Bank aims to graduate LDCs to middle income country by leveraging technology.

The UN Global Compact recognised me as an SDG pioneer for the work we did with rural women and Technology. We are trying to empower women entrepreneurs by training them on basics and enabling them to do IT businesses.

I am passionate about my country and our Digital Bangladesh initiative. We as a nation are poised for success. The day Bangladesh emerges with technology, the world needs to watch out. ■