You are here
Home > Tech > Is Fintech A Young Man’s Game? 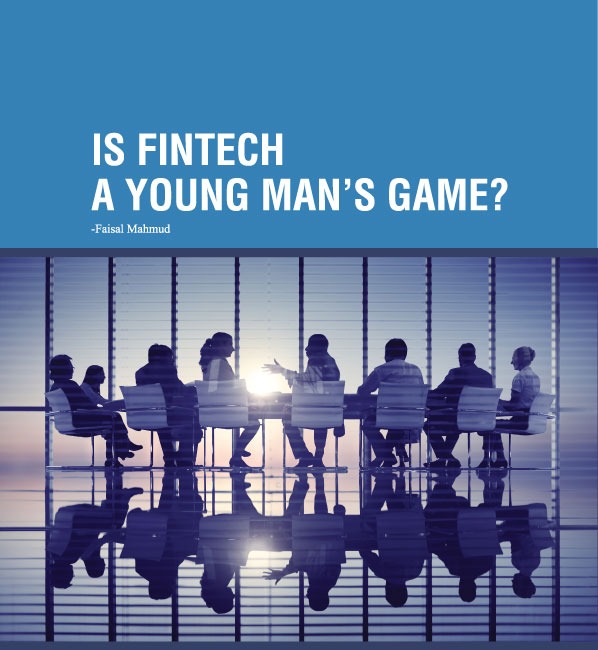 The popular perception of the average tech industry worker varies from the fresh faced, hoodie wearer, pitching an outlandish app or social media idea, to bearded men perpetually hunched at their computers. While both caricatures do exist, the question is which group represents the financial technology (FinTech) industry, especially at the leading positions? 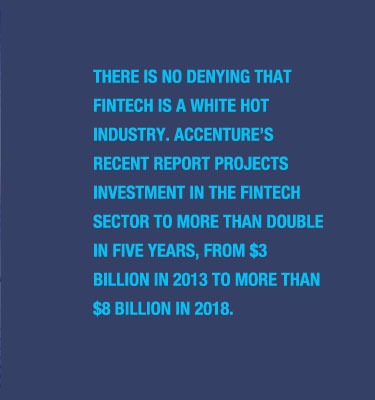 This is because FinTech heralds a financial revolution that is for everyone – not just the top earners. It’s cloud-based, consumer friendly and offers education in a consumable manner. It makes an employer’s life easier, with low-cost tools that enable them to offer better products and greater resources to an audience that is starving for entrée to a financially secure future.

Basically, it’s like taking all aspects of the financial realm, and making them as simple and frictionless as ordering a cab from Uber. Like Uber, FinTech offers simplicity, transparency, mobility and portability. It embraces flat-fee, paper-free, transparent, simple, humanistic service. In other words, especially as it pertains to retirement, FinTech is here and it’s here to stay.

As a result, to recruit and retain top talent, companies have to pay top dollar and provide work environments that in-demand geeks want inside their office space.

PayScale, a company based in Seattle, has determined that the median age of the leading workers or influencers at many of the most successful companies in the technology industry, along with information on gender and years of experience.

Just six of the 32 companies it looked at had a median age greater than 35 years old. Eight of the companies, the study said, had median employee age of 30 or younger. Women were generally less than 30 percent of the work force, and in fields like semiconductors, represented much less than that.

But, incidentally, when it comes to FinTech, was the profile of a FinTech worker in leading position or influencer’s position the same as one who works for Facebook, Google, Amazon or Apple?

The answer is no.

Experiences are more drawn towards FinTech.

To analyze the average age of FinTech influencers, Radu Topliceanu, a retail executive with Raiffeisen Bank (a top Romanian bank) studied the PayScale data and used four source lists of influencers and calculated the age for the top 10.

Since some of the large tech companies have a substantial retail presence (e.g., Apple, Microsoft, etc.), his study eliminated retail workers to keep the data focused on corporate employees. PayScale also didn’t limit the survey to just IT workers, but included workers in job types such as marketing, administration, finance, etc.

While, in some cases, ages were estimated based on graduation years, some were included in the individual’s LinkedIn, Twitter or Facebook profile.

As mentioned by Topliceanu in his initial analysis of FinTech influencers, “Fintech influencers do not fit the idyllic image of the young, fresh college graduate. People like Brett King, Chris Skinner, Ron Shevlin and Bradley Leimer are more senior.” 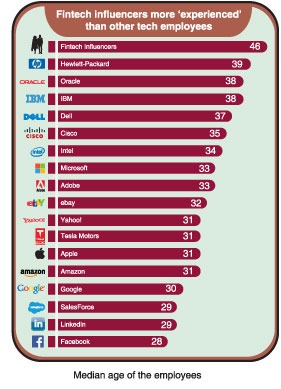 Citing reason behind the trend, he said, part of the age bias is created by the fact that PayScake was using a subset of the entire FinTech community. Most influencers have leveraged their tenure to reach ‘influencer’ status. 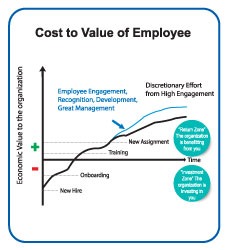 Another component of the equation could be that, like the more established tech firms, FinTech by definition, includes a component of legacy financial services. Many of the influencers work in banking today or used to.

It is to be noted that banking talent at all levels of experience has been drawn to the FinTech industry. For instance, the former head of commodities and ex-CFO of JPMorgan Chase, Blythe Masters, recently took the reins at start-up Digital Asset Holdings, which is currently investigating new ways to extract utility from blockchain.

Topliceanu’s analysis factored those facts and proved that even though the common perception is that a fresh and revolutionary industry like FinTech is mostly represented by the millennials but the facts prove that it still is being ruled by the bearded old man hunched into their computers.