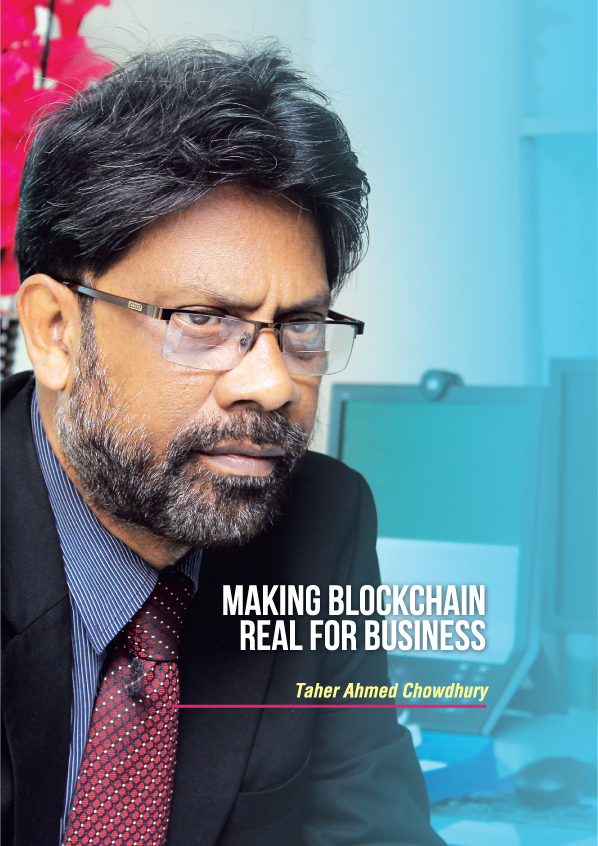 Mr. Taher Ahmed Chowdhury’s resume reveals that apart from completing MBA from IIUC, he have also mastered the International Project Managing from AAPM, USA, after which he finally mastered in Information Technology from Institute of IT from Jahangirnagar university. He, for the quest of knowledge, has also earned professional/global online certifications on MCP, MCSE and CCNA from Microsoft & Cisco, USA. Recently he has received CISSO (Certified information Systems Security Officer) from Miles2 of USA.

With such high qualifications in the field of IT, in 1986, he started his career as the Hardware Engineer of Beximco Computers Ltd. After sometimes, he took a break from Beximco and joined as a Radio Electronic Instructor in the Marine Academy of Chittagong (under Ministry of Shipping) in 1993. However, he joined back Beximco in 2000 as the Senior Network Engineer. Later, after a certain time, he finally shifted his career to banking and joined as the Assistant Vice President of IT division of IFIC Bank. He worked there before he finally became a part of Islami bank.

Before going into details, we need to introduce blockchain first. It is known to all that blockchain is a kind of digital ledger in which transactions made in bitcoin or another cryptocurrency are recorded chronologically and publicly. How blockchain is made real for business is the prominent question nowadays.

Let’s discuss some points on this very topic.

Since it is very much familiar that blockchain is a digital ledger working through the networking system, so for business blockchain has some core ideas. They are shared ledger, privacy, smart contract, and validation. If these four ideas can connect to the business, blockchain will definitely be the real term for the business undoubtedly.

Shared Ledger: Networking in business is its prime norm. It is append-only distributed system of record shared across business network. Terms such as “blockchain”, “mining”, and “consensus” are rapidly making their way out of the closed circle conversations of cryptocurrency pioneers and are entering into the everyday discussions of individuals around the world, regardless of their technical background or involvement in the blockchain ecosystem.

Privacy: Using bitcoin privately is an expert level undertaking, and an uphill battle. Each bitcoin’s history is permanently etched in a transparent ledger. Therefore, even if the tools to de-anonymize don’t exist now, they can be developed and deployed later — publicizing previously thought private activity. However, that doesn’t mean broken fungibility will doom bitcoin as a medium of exchange. It actually ensures appropriate visibility when transactions are secure, authenticated and verifiable.

• Business rules implied by the contract

• Embedded in the Blockchain

• Executed with the transaction • Verifiable, signed • Encoded in programming language

Validation: All parties agree to network verified transaction. Basically blockchain based on proof of work first came up as the backbone of cryptocurrency. After this, several other methods with variety of interesting features have come up. The first thing is verification and commitment. Since participants become anonymous, commitment is expensive. Similarly, bitcoin cryptographic mining provides verification for anonymous participants but at significant compute cost (Proof of work). In case of multiple alternatives, proof of stake where fraudulent transactions cost validators (e.g. transaction bond) and for multi signature three of five participants get agreed to do so. Actually, every computer in the network checks (validate) the transaction against some validation rules are set by the creators of the specific blockchain network and then Validated transactions are stored into a block and are dealt with a lock (hash). Blockchain technology is poised to revolutionize businesses and change how societies interact. It alters the paradigm of how multi-party transactions are performed by enabling a shared, immutable ledger for recording the history of transactions between counter parties in a business network.