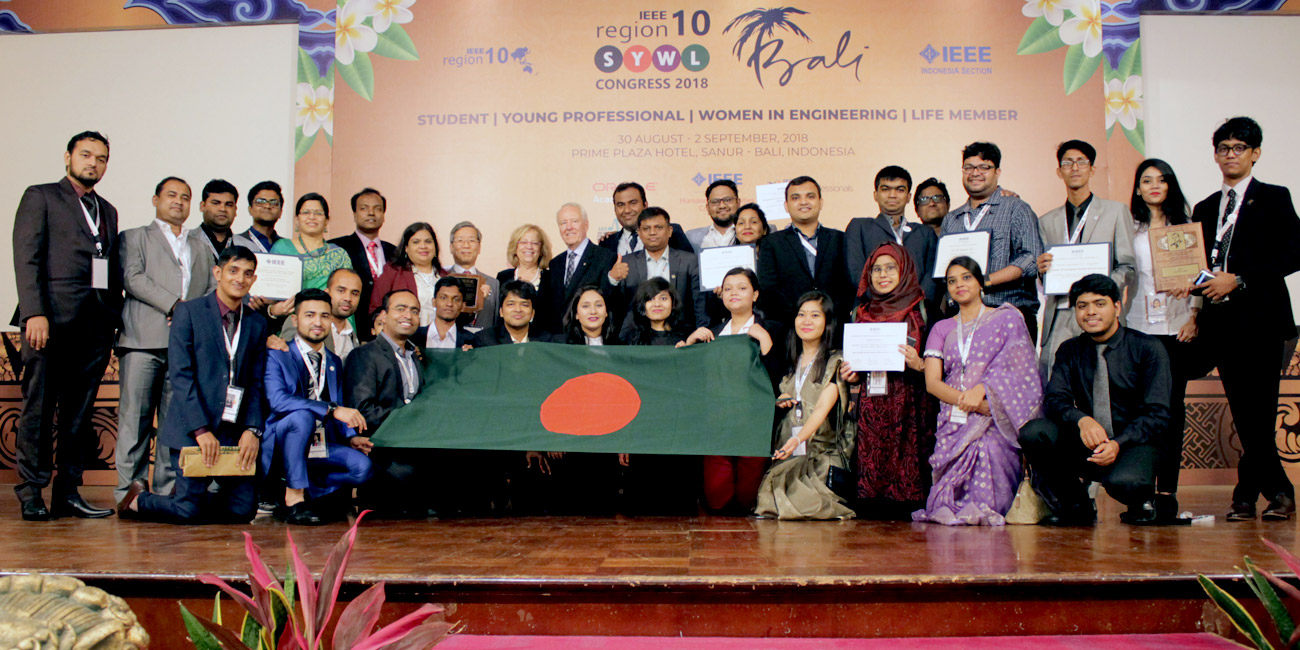 The Congress contained an extensive list of programs including opening ceremony, award night, cultural ceremony, closing ceremony and numerous session in related tracks ( Student/Young Professional/ Women in Engineering/Life Member) and arenas (humanitarian/academic/industry). The Award Night of the Congress eventually became a night of Bangladesh, as IEEE Bangladesh Section received 13 awards in total, significantly higher than any other section.

Most notably, IEEE BDS received the IEEE MGA Outstanding Large Section Award 2018, which is the highest global award to be received by a section. Other awards are and corresponding winners are:

These awards are basically acknowledgements to the selfless efforts being put the leaders and volunteers of IEEE BDS year after year. These indeed carry some special significance as this year IEEE BDS is celebrating its 25 years anniversary.