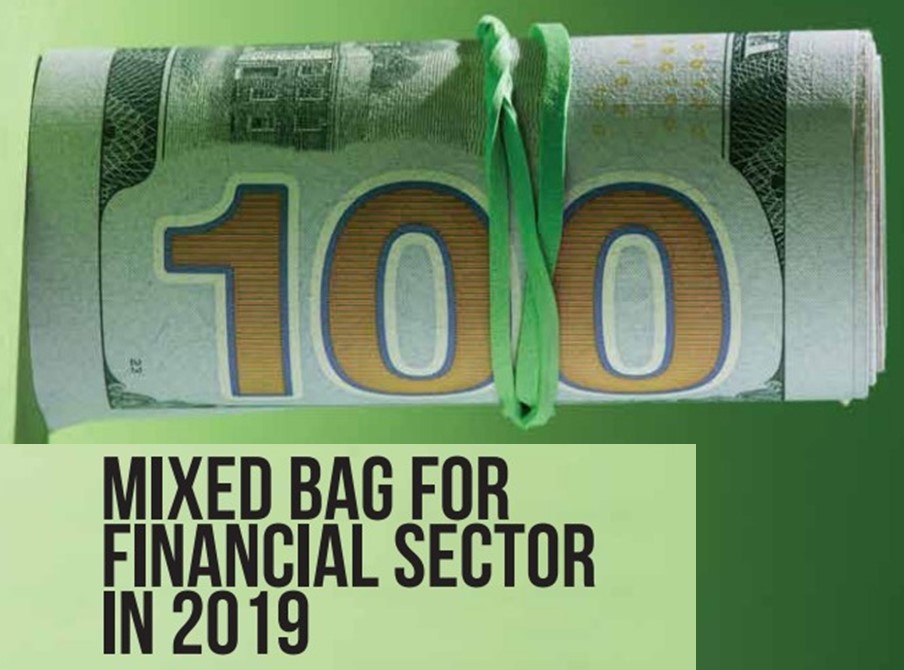 Robust economic reforms, remittances received from expats, boost in exports, and the vision of the leadership are major factors behind the turnaround of Bangladesh’s economy in the last one year.

Even in the face of a global recession, the country has recorded an estimated 8.1 per cent GDP growth in 2019. Bangladesh has also climbed up a spot to 135 among 189 countries in the 2019 Human Development Index, according to a report by the United Nations Development Programme.

The WEF mentions that Bangladesh, once considered one of the world’s poorest nations, has now become the fastest-growing economy in Asia. Bangladesh could lose its “least developed country” status within five years, partly because of its agile economic approach, it adds.

Prime Minister Sheikh Hasina was one of the co-chairs at the Forum’s India Economic Summit 2019 in New Delhi in October, which focused on the theme “Innovating for India: Strengthening South Asia, Impacting the World”.

Meanwhile, in its biennial regional economic update published in October, the World Bank (WB) has made a forecast that Bangladesh’s economy will achieve the second-highest growth rate in South Asia this fiscal year.

The global lender says Bangladesh’s gross domestic product was projected to grow at 7.2 per cent this fiscal year and 7.3 per cent the following year.

However, while all these projects show a sunny side of the economy, there is another side as well.

Dr Debapriya Bhattacharya, distinguished fellow of the Centre for Policy Dialogue (CPD), said the story of Bangladesh’s economic growth was akin to a kite not attached to its string and spool. “The data on GDP growth show no connection with reality,” he said while launching the CPD’s yearly review in a programme.

He also said a lack of good governance and reforms has put the Bangladesh economy under the most severe strain that it has faced last decade. The fault lines in the economy are getting deeper and need to be fixed, otherwise the country’s economic growth cannot be sustained in the coming years, he added.

CPD executive director Dr Fahmida Khatun said there were no visible steps taken by the government to get the country’s banks out of their current difficulties.

In recent times, she said, the number of private loans had dropped, liquidity crisis had deepened, and a cap on the deposit and lending rates had not produced the desired results. She also said the amount of default was increasing alarmingly along with an increasing tendency to write off loans and loan scheduling.

She also said the NPLs stood at Tk. 112,430 crore, which was 11.69 per cent of total loans. Quoting the International Monetary Fund’s recent report, she said such stressed assets of the banking sector would be more than Tk. 2 lakh if written-off loans and the amount pending with the court cases were considered.

Besides, low interest rates are putting off depositors. The interest rate on deposits is almost zero per cent if adjusted for inflation, she said.

Citing research done by the think-tank, Fahmida said there were “serious capital inadequacies” in banks.

Bangladesh Bank’s guideline on a risk-based capital inadequacy states that banks must maintain a minimum total capital ratio of 10 per cent. However, most commercial banks, she pointed out, have failed to maintain the minimum requirements of capital inadequacy.

Fahmida said capital inadequacy would not improve unless non-performing loans were reduced.

Towfiqul Islam Khan, a senior research fellow at the CPD, said revenue mobilisation in Bangladesh had not been commensurate with its rapid economic growth. “Income tax evasion is high in Bangladesh, thus undermining income equality and development finance,” he observed.

He also said neither the revenue collection target nor the expenditure goal would be achieved in the next fiscal year, as both the goals were much higher than those for the current fiscal year.

Towfiqul said that in keeping with the Seventh Five Year Plan target, the government would collect only 14 per cent of the GDP since taxes cannot be implemented. “In a developing country, at least 15 per cent of the GDP is collected through taxes. But that’s only 9.9 per cent here as of last year,” he added.

He also said people did not yet have a clear idea of how the government would implement the new VAT law and how VAT would be calculated. He further said that without the automation process, the NBR would not be able to substantially raise revenue income from value added tax.

“The tax target should be realistic to ensure a fiscal balance,” he added.

Meanwhile, export earnings failed to make a turnaround in November, missing the target by 18 per cent and dropping for the fourth month, leaving businesses and analysts worried.

Entrepreneurs of the apparel sector, which contributes more than 80 per cent to Bangladesh’s export earnings, have called for government help as they fear the “negative trend” will continue.

Rubana Huq, who heads the association of entrepreneurs of the largest exporting sector, described the situation as deteriorating from “very bad” to “truly very bad.” The readymade garments sector took such a big hit that over 60 small and medium factories have been shut, leaving around 30,000 workers jobless, she added.

Economist Ahsan H Mansur thinks a recession in Europe, the key market of Bangladesh’s products, and a rise in production costs against low prices offered by foreign buyers had caused the drop in export.

He advised a devaluation of the taka against the US dollar so that exporters can remain competitive.

On December 18, finance minister AHM Mustafa Kamal said there was no scope of devaluing the taka against the US dollar. The government would give incentives to specific sectors to tide over the situation, he added.

“We’ve given incentives to the readymade garments sector to increase exports. We will give even more, if necessary,” he added.

In 2018–19, Bangladesh earned USD 40.53 billion by exporting goods. The overall exports beat the target by 4 per cent with a 10.55 per cent rise and continued to increase in July. But it started falling in August, with the government targeting USD 45.5 billion exports for FY2019–20.