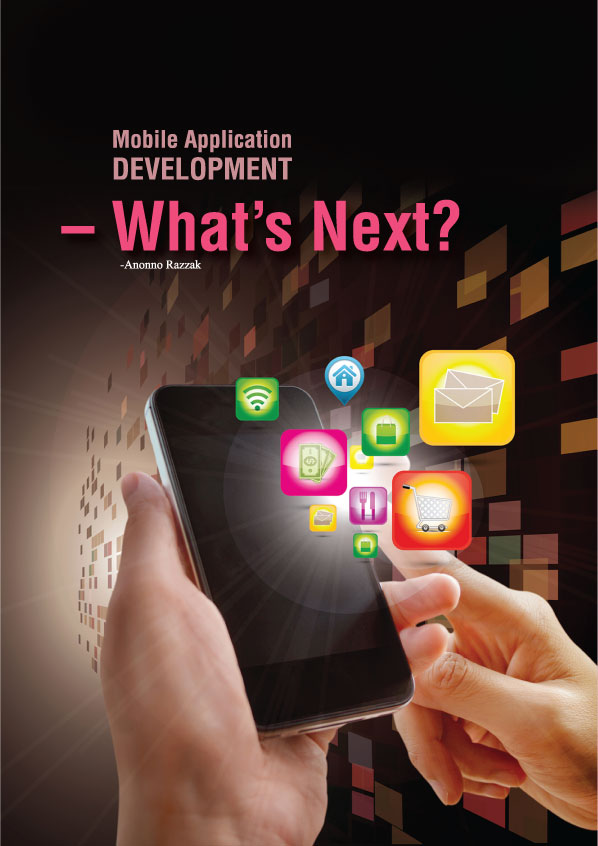 Gone are those days when gadgets were barely accommodated to fit in our pocket. The rise of the smartphone has established a thriving market for mobile applications and today we are standing at the threshold of a mobile apps revolution that has the power to change the way businesses are done and different services are experienced.

There are currently well over 3 million apps on the market, most of which are on Android’s Google Play or Apple’s App Store. In 2016, mobile app usage was up from the previous year by 74% and by the end of 2017, app downloads are forecast to generate $77 billion in revenue.

The rapid pace of mobile app revolution only left us to imagine-what next? The people who were sitting at the podium at a seminar titled “Mobile Application Development: What’s Next?” on the first day of four day long BASIS Softexpo were also pondering about the possible future revolution of mobile apps.

They have collectively decided on one thing that ‘only sky is the limit’ when it comes to the possible services that mobile apps can do.

The need for game changing apps

In a bid to give context to what mobile app revolution actually means, Russell T Ahmed, senior Vice President of Bangladesh Association of Software and Information Services (BASIS) said, “Think of passing a single day without your whatsapp or facebook or Candy Crush apps. You have already been habituated with those like the way you have been habituated to eat and sleep.”

He however said that if businesses want revolutionary apps they must adopt a mobile-centric mind-set. This mind-set teaches enterprises to think of mobile from the outset and with an outside-in approach whenever coming up with a solution to a business challenge.

“With so many apps available, the ones that truly change the game extend beyond the device and change how you experience everyday tasks and activities. Take Uber for example, their app isn’t game-changing, but evolving the experience of taking a cab is powerful enough to disrupt an entire industry.”

Russell said that Bangladeshi developers need to create these game changing apps. “As we are talking of innovation and future, our aim is to take our own country’s ICT Department to the highest peak so that we can come up with the next Whatsapp or Angry Birds,” said Russell T Ahmed.

He also said that people are getting bored by seeing the same segments in gaming. “So, segments or versions should be changed like Angry Birds, Candy Crush, GTA. Furthermore, branding of any games in Bangladesh is few. Branding is necessary for making these games popular”

Why collective efforts are needed to bring app revolution?

Russell said that without collective efforts and measures from relevant professionals, it will not be possible for the programmers and designers to come up with apps that can put impacts on a larger scale. “Consider a mobile game-first you need a story and an idea. Then you need to have good color and graphics sense. It’s not a job of a single programmer. If collective brains are not used, then Bangladeshi developers will not be able to create mobile games with hundreds of thousands of download.”

Stressing on the importance of collective measures, Shyam Shundar Sikdar, Secretary of the ICT Division said, “The relevant experts should be enthusiastic in working and making a good co-operation among the partners because creativity is not a singular activity rather it is a team activity.”

He said that to ignite a true mobile app revolution, there has to be efforts in broader scale both from private and public sectors. Referring to a private sector effort, Sikdar named MassiveStar Studio of Bangladesh which ran an unprecedented nation-wide program titled “We Make Games”. In that program, a total of 100,000 students from 500 schools & college got the elementary knowledge of game development. “

This might enable those students to create a new history for their future and build their own careers in an early age”.

Speaking on the occasion, Rezwana Khan, Director & COO of Star Computer Systems Ltd said, co-operations and collaborations are the prerequisites of any innovations. “The youngsters should come forward with deep enthusiasm in this very segment to make Bangladesh a developed recognition in ICT world.”

She said that the app development industry of the country needs lead assessment and resources. “Population is our resources. We can train our university students in developing apps, especially the gaming apps so that they can enter into the industry with an academic training providing their knowledge in gaming sector. I am requesting our government to include a gaming course in university level.”