You are here
Home > Tech > Tech Advice > MOBILE PHONE RADIATION: THE THINGS THAT WE DONʼT KNOW 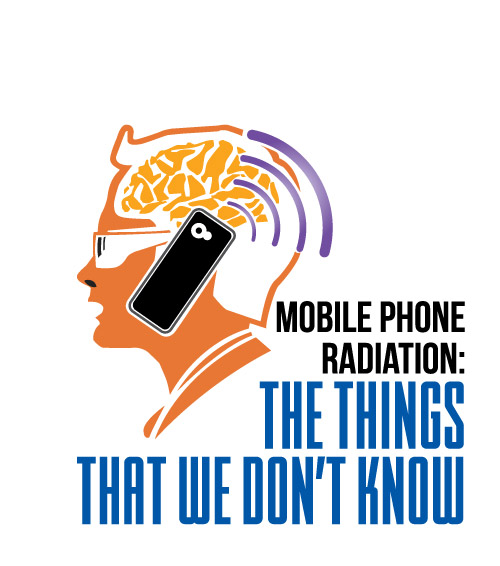 The man was struggling hard to keep his balance inside the crowded city bus. With one hand, he grabbed the bus handle and with another, he tried to display and sell- in his words “the only protection from being exposed to mobile radiation and thus cancer!” 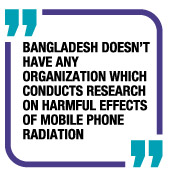 “Almost all of you have been using mobile phones but you don’t know that these phones’ radiation can cause cancer to you. Mobile phone emits radio waves; you can check it by taking your phone near your TV’s, you will hear a buzzing sound. This radio wave is a form of electromagnetic radiation which penetrates your brain and body when you hold the phone close to your ear. Scientists said that this radiation can crate cancer if you use mobile phone excessively”, said the man with panache.

“I am giving you the solution. You see this small plastic sticker; it is coated with ionized silver. If you paste it at the top side (receiver) of your phone, then it will block the radiation. You can check it; just take your phone near to your TV, you will hear no buzzing. Costs-only Tk 100”, the man said.

So does that small sticker sold by that traveling salesman inside the crowded buses of Dhaka really provides solution to a ‘question’ for which researchers have been spending billions of dollars across the globe?

Also does the question-‘whether mobile phone radiation causes cancer and other malignant diseases or not’ has accumulated enough evidences to form a definitive answer? “The problem is the world still doesn’t have that answer. There are numbers of research publications which said that mobile radiation is harmful for health while there are others which denounce such claims.

The problem is all those studies are backed by rigorous scientific evidences so no definitive answer is found yet”, said Prof Dr Sattyaprashad Majumder, professor of telecommunication engineering at BUET.

“And of course that sticker with ionized silver has nothing to do with stopping radiation, it’s just create a small magnetic field so that radio waves from medium couldn’t attenuate the signal (the reason behind not buzzing)”, he said when asked whether such sticker could prevent radiation.

Prof Majumder said, Bangladesh doesn’t have any organization which conducts research on harmful effects of mobile phone radiation. “This sort of research needs huge funding and ultra modern facilities which we don’t have”, he said.

“Also this sort of research is needed to be conducted by a specialist team comprised of experts from different fields including physics, telecommunication and health”, he added.

What is mobile Radiation?

Explaining about the mobile phone radiation, he said a cellular phone is basically a radio that sends or receives signals on waves to or from a base station. The carrier signal generates two types of radiation fields: a near-field radiation and a far-field radiation. 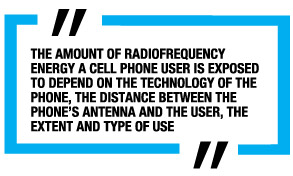 Interestingly, living organisms, too, generate electromagnetic fields at the cellular, tissue, organ, and organism level; this is called the biofield. “Researches said that both the near-field and far-field radiations from cell phones can hamper the human biofield”, he said.

Prof Dr Akram Hossain, founder chairman of the Oncology department of Bangabandhu Sheikh Mujibur Rahman Medical University (BSMMU) said, if biofield is hampered by external radiation then the human cellular energy is being used for body protection rather than body metabolism.

This deviation from regular metabolism can cause serious health hazards including cancer, he said.

Interestingly, the American Cancer Society (ACS) states that the IARC classification means that there could be some risk associated with cancer, but the evidence is not strong enough to be considered causal and needs to be investigated further, Prof Hossain said.

“The problem is, cell phone has become a part of our life and several researches backed by the huge mobile industry have constantly been trying to prove that cell phone radiation is not harmful. It is better to be careful and try to make call with hands-free equipments”, he opined.

Eminent physicist Prof Dr Ali Asgar said, cell phones emit radiofrequency energy, a form of non-ionizing electromagnetic radiation, which can be absorbed by tissues closest to where the phone is held.

The amount of radiofrequency energy a cell phone user is exposed to depend on the technology of the phone, the distance between the phone’s antenna and the user, the extent and type of use, he said.

Does this cause cancer?

About the potential cause of cancer, Dr Asgar said, exposure to ionizing radiation, such as from radiation therapy, is known to increase the risk of cancer but there is currently no consistent evidence that non-ionizing radiation increases cancer risk.

He said that renowned research organizations in Europe, America and Japan have conducted several experiments on mobile radiation and published their results. “Those results however are not conclusive”, he said.

Internet sources said, ‘The Interphone Study’, conducted by a consortium of researchers from 13 countries, is the largest health-related case-control study of use of cell phones and cancers.

The published analyses from this study have shown no statistically significant increases in brain or central nervous system cancers related to higher amounts of cell phone use.

However most scientists were agreed about one thing – that if mobiles are hazardous, children may be more vulnerable than the rest of us to their possible ill-effects.

However, the data from clinical studies in children do not support this theory. The first published analysis came from a large case-control study called CEFALO, which was conducted in Denmark, Sweden, Norway, and Switzerland.

The study included children who were diagnosed with brain tumors between 2004 and 2008, when their ages ranged from 7 to 19. Researchers did not find an association between cell phone use and brain tumor risk in this group of children. ■