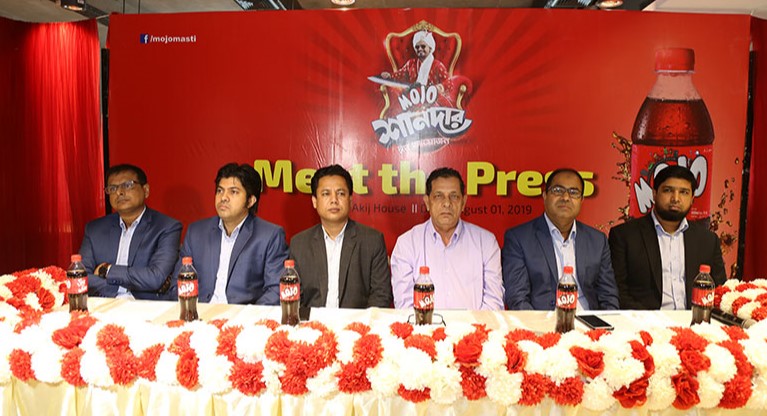 MOJO, a famous cola brand of Akij Food and Beverage Limited in Bangladesh, remains separate completely throughout the whole year with its special and specific gravity by bringing new dimension in its promotional campaign on different occasions including Eid.

Each campaign of the cola brand Mojo owned by Akij Group, one of the largest business conglomerates in Bangladesh, becomes “talk of the country” every year due to the special and specific gravity.

Mojo launched a campaign titled ‘Mojo Shandhar’ that created nationwide stir on the occasion of the Eid-ul-Azha, the second biggest religious festival of the Muslims.

Authorities of the cola brand inaugurated the campaign through a press conference held at the conference room of Akij corporate house in Tejgaon Industrial area of Dhaka on August 1, 2019.

Maintaining similarity with the name of the campaign, Mojo Shandhar, during the campaign, has helped people to sharpen their weapons so that they can process their sacrificial animals smoothly.

There has been a main attraction of the campaign that a man decorated with attractive dresses was kept inside the Mojo Shandhar vehicle in the guise of a king.

The people, who had appeared before the Shandhar offer with intact bottles of one or two litters of Mojo,  were given different types of gift items including meat processing tools, bags to distributes meat of their sacrificial animals among poor people, pen drives, t-shirts, caps and many other things.

The Akij Food and Beverage Limited launched the campaign on the occasion of the Eid-ul-Azha across the country with a view to promote the cola drink Mojo among the people.