You are here
Home > Entertainment > Amelia 2.0 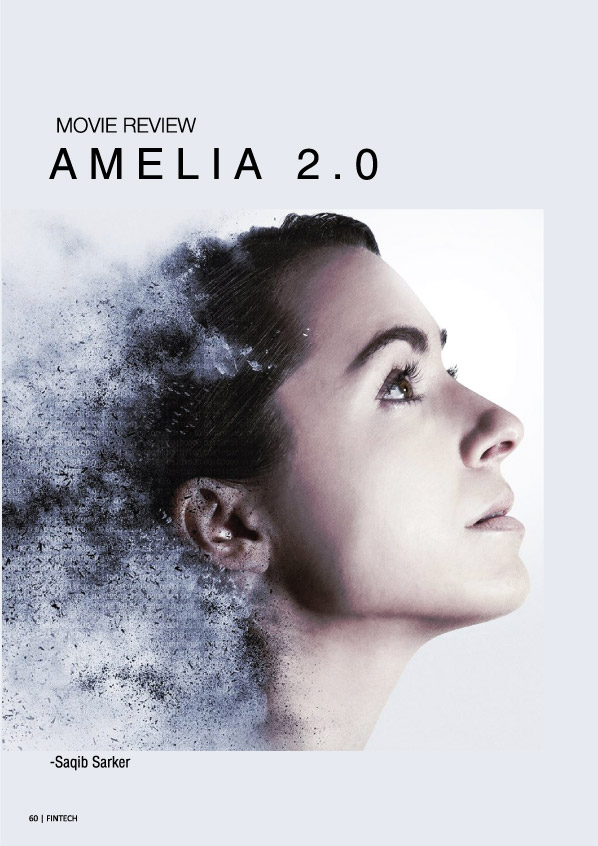 We have grown accustomed to sci-fi films being churned out at the behest of big studios, wanting to tick all the demographic boxes on the genre map. Science fiction, a genre of storytelling that took shape in the hands of great innovative writers like Jules Verne, H G Well and Arthur C Clarke, has become a vehicle for the film industry to present CGI effects as actual works of fiction. But every once in a while a filmmaker appears with a true passion for the genre and a talent for telling a compelling story on the celluloid. Amelia 2.0 is one of those films.

Most sci-fi films now stay clear of what is called ‘hard science fiction.’ Hard science fiction refers to stories where the writer is careful to retain scientific accuracy. After Kubrick’s ground breaking 2001: A Space Odyssey, a precious few Hollywood films followed that route. Robert Zemeckis’s Contact, Terry Gilliam’s 12 Monkeys are among the exceptions. While scientific accuracy is not necessarily a prerequisite for crafting engrossing stories, the complete disregard to it always leaves a bad aftertaste. Typically, the sci-fi films are now just flashy action movies set in the future or in space. With the appropriate amount of marketing, these films lure millions of people into theatres, promising to give them an opportunity to eat pop-corn while they look at famous actors and hear loud sound effects.

Amelia 2.0 is not only powerful in its dramatic presentation, but with the rapid development of AI the subject matter is more relevant than ever. The story of Amelia 2.0, adapted from the stage play The Summerland Project, tells the story of a husband and his dying wife. Set in the near future, Carter Summerland (Ben Whitehair) is a police officer and happily married to Amelia (Angela Billman). As they anticipate a long adventurous life together and look forward to raising a family, Amelia suddenly falls into a permanent coma after suffering a brain aneurysm. As her vegetative state continues for two long years, Carter desperately tries to cling onto non-existing hope, refusing to face the inevitable. 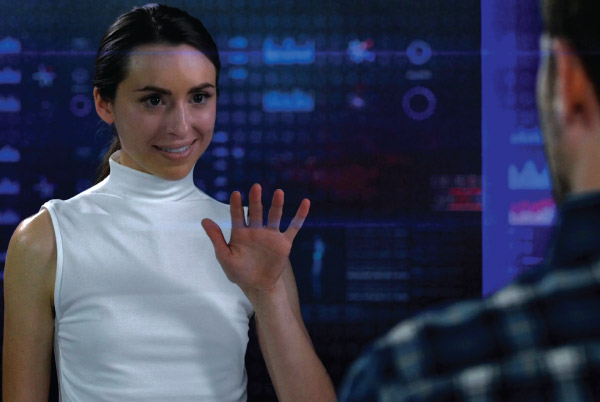 But everything changes when Carter is approached by scientist Paul Wesley (Ed Begley Jr), offering to give Amelia a second chance. Wesley and his team of scientists at Wesley Enterprises are on the verge of achieving brain transplant. After Carter accepts the offer, Wesley and his chief researcher Dr Ellen Beckett (Kate Vernon) put Amelia’s brain into a flawless replica of her body. In real fact the ‘brain transplant’ actually entails creating a copy of the subject’s brain. The story develops from there.

A number of sub plots are introduced including public debate relating to giving artificial life to dead people. Thaddeus (Chris Ellis), a conservative senator, successfully orchestrates massive opposition against the corporation’s use of the technology. 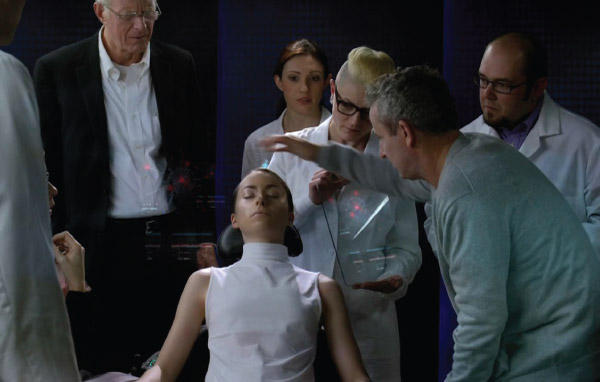 Although the current technology is a long way away from accurately replicating human brains, the general direction of AI nevertheless raises similar issues in the present world. Director Adam Orton, however, chose not to delve too deeply into the technicality. Instead he focused on the characters, drawing the viewers fully into their dilemmas and uncertainties. As the movie develops, we see Carter seriously conflicted as he doubts if the new Amelia is human at all or a mere ‘copy’ of the person he knew and loved. We see the real Amelia slowly emerging into the new body and Carter ultimately succumbing to deeper confusion.

All of the cast members give strong performances, but most noteworthy is Angela Billman’s Amelia, which she delivers with panache and elegance. Ben Whitehair’s portrayal of Summerland provides the necessary fuel to keep a constant tension and he ably makes the character’s anxiety contagious.

Even though Orton’s clever direction poses questions about morality, ethics and the conundrum of dealing with the mystery of what constitutes a human being, it is ultimately Billman’s moving depiction of Amelia’s tortured soul that compels the viewers to care for her deeply, to want for her to get back to Carter and to want to protect her.

But nothing can be taken away from the good story telling. At one point viewers genuinely start to feel how unbelievably monstrous it can be if corporations own a person’s being, as was the case for Amelia. She became the property of Wesley Enterprise. The obvious cautionary tale in the presentation rings true for anyone bothering to keep up with the current state of the world. However, ultimately, the film can be seen simply as a powerful love story. And that is its greatest strength. ■