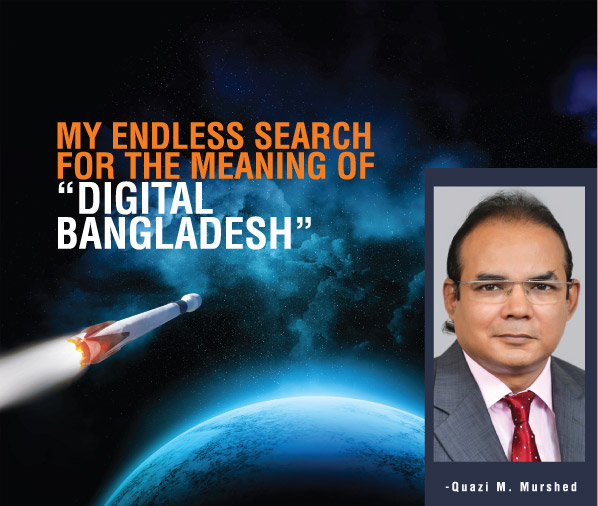 Quazi M. Murshed is an MBA graduate from IBA, Dhaka University with a Major in Finance. And an ex-cadet of Jhenidah Cadet College. He started his career in Sales and Marketing in IBM World Trade Corporation in Aug 1992. He later worked for two largest IT companies, Microsoft Corporation and Oracle Corporation, and closely worked with all major OEM in ICT market place. He is currently serving as the Bangladesh Rep of a Transnational Consortium.

My Sri Lankan guest asked me to mail him a forwarding letter for visa application, I did. A day letter, he texted, “Your High Commission demanded the original hardcopy of the letter.” I breathed a sigh, spent Tk 1,800 and couriered it.

He applied for multiple entries, got a single one. “What the heck,” I thought; I would only need to spent Tk 1,800 and courier the “original hardcopy” again. This is how it goes and has been going on.

Our High Commissions/Embassies in other countries are supposed to work as our lighthouses, guiding and helping us to anchor on foreign shores. Instead, they are functioning with the same red tapes.

High Commissions of Malaysia and Singapore, unlike in Colombo, accept softcopy of invitation without any hassle; so it, the requirement of hardcopy, obviously is not a barrier erected by the Ministry o Foreign Affairs. Our diplomatic mission there has failed to realize that mail from a verified address is as authentic as a signed letter.  I am finding it difficult to gauge how far we really have moved in adopting a “Digital Bangladesh.”

When you go to the United States, they will scan the barcode: it has all the necessary information in bits and bytes. Try the immigration of Singapore; they will just scan your passport. Now land on Bangladesh immigration, they will take your passport and will start typing only “god knows what.”

I can’t say “welcome to Bangladesh,” apparently you are not.

In my opinion, the places which truly need the digitalization most are Home, Land and Law Ministries. There are multiple units in the Home ministry and they work like “individualistic island nation in feud with each other.” No one shares any information with other, though the master database is the same, National ID Database.  I can’t fathom the problem or the effort in forming a uniform platform from where the information could be shared and eventually accessed by everyone. Is it that hard?

Issues related with land are not simple things; lots of complexities are there since the time immemorial. Technologies have emerged to ease things, but it seems the Land Ministry here has strangely stuck onto the old pen and paper system.  Though a Govt. organ is promoting them that the processes are chalked out, that is not in operation or the last 5-6 years.

I don’t even want to get started on the prevailing perils of judiciary. A staggering total of 28 lakh cases were pending, out of which, only four lakh have been disposed off so far. Now the number is even bigger: 34 lakh. It means, in the last nine years, another 10 lakh new cases entered in the spooky court docket.

If a “Digital Bangladesh” can’t untangle these spiders web like legal tangles, then I don’t know what will?

Good news is the Law Ministry now has gotten a healthy budgetary allocation for a digitalization project. Bad news is, like everything else, it still roams around in Secretariat’s infamous “merry go round tables.”

Let me give you a dose of hard truth. Having video conferencing is not a milestone of “Digital Bangladesh.” The sooner we realize it, the better it will be. Many have this notion the Indian Prime Minister had come up with the coinage “Digital India” after his Bangladesh visit. Let me tell you again, “It’s not something which we can call as achievement.”

If you go to India, you will realize that their “Digital India” means business; in Bangladesh, it still means a dream. We are yet to have our wake-up call.

Let’s take Bangabandhu-1 satellite for example. We call it an implementation of a dream; I have no problem with that. In fact I am happy that it finally went to the space.

Satellites are of different types and are designed and sent to orbit for serving different purposes. Some is for broadcasting purpose, some for weather forecasting, some for land surveying and some for spying. Ours one is truly for TV bandwidth and Direct to Home service.

I have heard a number of things about the Bangbandhu-1 satellite which made me to ask the following few things:

1: What other purposes it will serve except working as a broadcasting medium for the TV channels or catering the need of DTH?

2: Will it be able to act as a feasible back up of our two submarine cables SEA-ME-WE-4 and SEA-ME-WE-5?

3: Why we got an orbit so far away from the longitudinal position of our country?

4: How the project would reach break-even point in expert-determined seven years?

5: What will be task of Bangladesh Communication Satellite Company Limited?

6: What is total amount spent on what purposes? 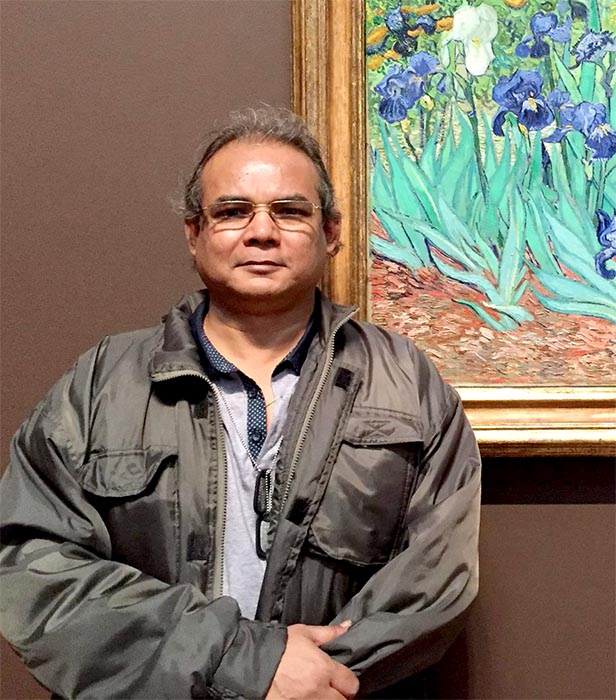 The thumb rule in tech world is the cost of same technology gets reduced down by 5 percent, or it has to come up with 15 percent new improvement for justifying a status quo or increased bill. The satellite we sent doesn’t have any advanced technology than the Thaikom-8 one. So, did we fail to negotiate price properly?

Also the Falcon-9 rocket was used for two to three times in its lifetimes. The newer one aboard which Bangabandhu-1 went to space will be used for ten times. You do the math: shouldn’t the launching bill be less than previous times too?

Russia first launched Sputnik satellite in 1957. After that a total of 56 countries have sent their million dollar kites into the orbit. Everyone needs to pay a lease fee to Russian Intersputnik. We needed to pay USD 26 million. Russia has already bagged a USD 2.2 billion deal for Rooppur Power Plant. Couldn’t we ask for a concession from them for our satellite?

As a company, the purpose of BCSCL is still not clear? What will be their commercial plan? I still haven’t heard of any other than recruiting Engineers for support. To make is commercially viable, need a business plan.

To my understanding, we wanted 90 degree orbital slot, got at 119 degree. Indonesia will get better coverage than we will. May be we should try having some deals with the Zoko Widodo’s government.