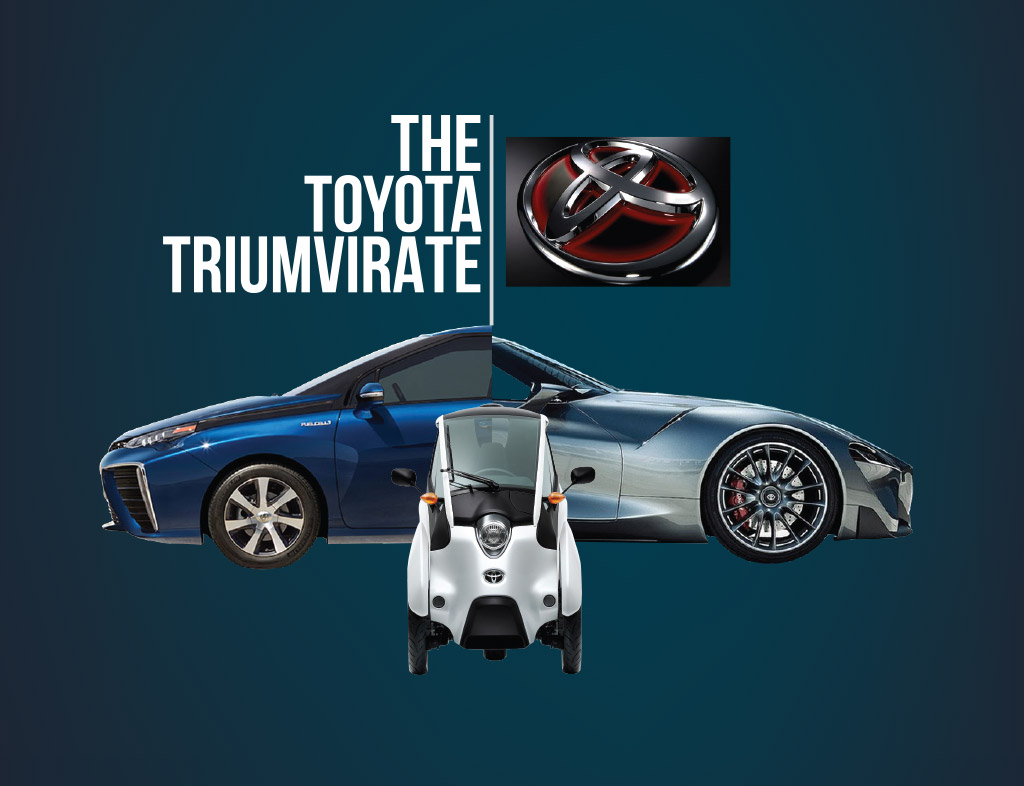 The 13th Dhaka Motor Show 2018, to be held from March 22-24, will host three groundbreaking Toyota vehicles that encapsulate the future of automobile from the leading manufacturer. “We are going to showcase Toyota Mirai, FT1 and – i-Road at the show, because these three cars together show the extent and range of innovation that people have come to expect from us,” Atiqur Rahman Sazib, Senior Assistant Manager, Marketing, Navana Toyota told Fintech.

We take a look at these three special cars and what make them the cars of the future:

This new concept in urban mobility “Toyota i-Road” combines the potential of both cars and motorbikes. Based on the future of urban transport, we have worked to ensure next generation performance in terms of driving, size and environmental performance. 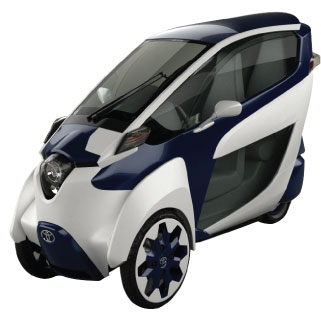 Weighing a featherweight 300kg and a slender 90cm wide, the i-ROAD Personal Mobility Vehicle (PMV) has been designed to offer greater flexibility in mobility in our cities, while reducing inner city congestion and harmful emissions. Taking up road-space not much larger than a motorbike, the i-ROAD concept vehicle comfortably accommodates two people sat in tandem. Climbing inside you are safely cocooned within a weatherproof cockpit that benefits from a car-like interior and all the creature comforts it allows, such as heating, lighting and audio systems.

But the i-ROAD’s real party trick is its unique active lean technology. Steering into a corner this intuitive system, that incorporates rear wheel steering, a lean actuator motor and gearing mounted above the front suspension, automatically moves the front wheels up and down in opposing directions. This process applies lean angle to the PMV, which counteracts the centrifugal force that occurs when cornering.

The i-ROAD’s zero emissions, all electric powertrain features a lithium-ion battery that powers two electric motors mounted within the front wheels. Offering brisk acceleration and near-silent running, the PMV has a driving range of over 50km, and can be fully charged from a conventional household power socket within three hours. 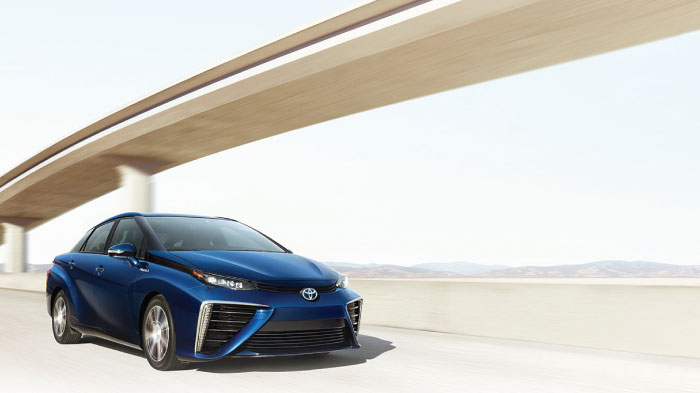 A turning point for the world

Toyota’s Mirai represents a turning point in the automotive industry, introducing a new age where electricity is generated on demand using hydrogen as a fuel.

Mirai – its name is Japanese for “future” – is designed to diminish the world’s dependence on oil and reduce harm to the environment.

Hydrogen can be made from virtually anything, even sewage sludge – and the car’s fuel cells can create enough electricity to power a car or even a house for around a week.

Mirai is also fun to drive, delivering punchy performance while offering the convenience and driving pleasure of a conventional car.

A four-door sedan, the Mirai has a cruising range of about 550km and a commercial hydrogen refuelling time of 3-5 minutes, based on Toyota measurements in Europe. When driven, the only emission is water vapour.

The Toyota Fuel-Cell System, which enables the Mirai to produce its own electricity, incorporates world-first technology and several world-leading systems, including for power density and hydrogen storage density. 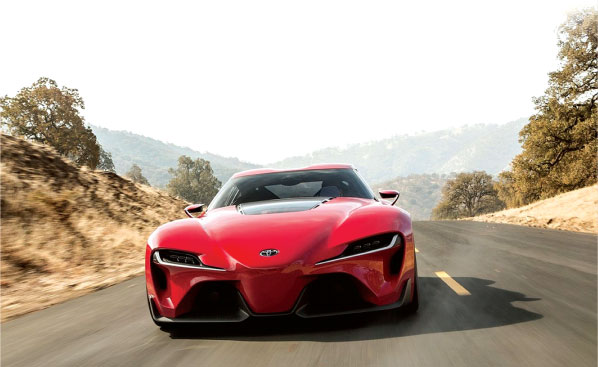 From Virtual to Reality, the FT-1 Concept Sets the pace for Future Design

Toyota virtually blew the doors off the North American International Auto Show with the reveal of the stunning FT-1 sports car concept. First devised by Calty Design Research in the Sony PlayStation Gran Turismo game environment, FT-1 leapt from the screen to the stage in a race-inspired press conference at COBO Hall.

FT-1 stands for “Future Toyota,” and the number “1” represents the ultimate. According to its designers at Calty Design Research, the FT-1 Concept is the ultimate expression of a Toyota coupe design, building upon Toyota’s rich sports coupe heritage dating back to the 2000GT, Celica, Supra, MR2 and most recently Scion FR-S.

The project started nearly two years ago and represents a labor of love by a passionate, dedicated and gifted Calty design team. “The FT-1 is a dream-project for a designer and car enthusiast like myself,” said Alex Shen, Calty’s Studio Chief Designer. “Our team was heavily influenced by Toyota’s sports car past, especially Celica and Supra, and we sought to capture some of that history. It is an aggressive, track-focused sports car concept with a presence that has been amplified for shock and awe.”

For Toyota, this concept embodies the possibilities of the new and exciting design mission ahead. “Sports cars represent the ultimate driving expression in its purest form. As car enthusiasts ourselves, this is the kind of project we dream about working on,” said Calty Design Research president Kevin Hunter. “Beyond its obvious five-alarm visual impact, FT-1 is symbolic of a new chapter for Toyota Global Design. This provocative concept truly captures the passion, excitement, and energy of the Toyota we are evolving into and embodies elements of the emotion and performance that Toyota will imprint upon future production designs.”