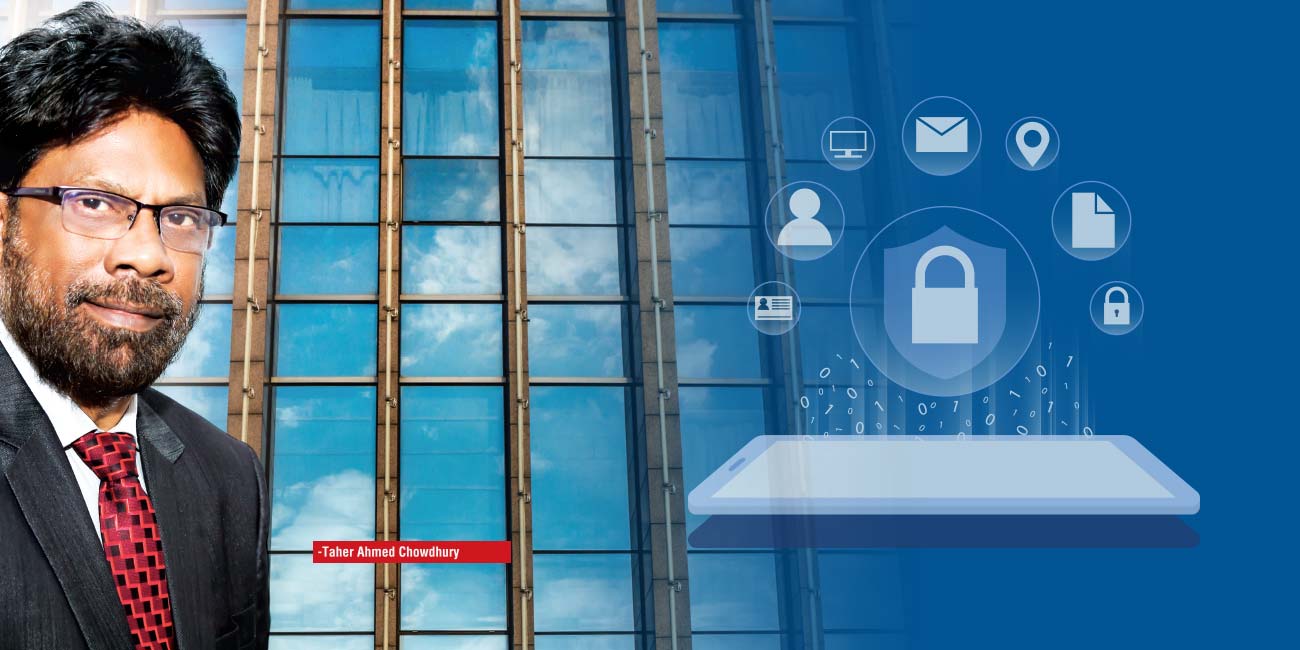 Mr. Taher Ahmed Chowdhury’s resume reveals that apart from completing MBA from IIUC, he have also mastered the International Project Managing from AAPM, USA, after which he finally mastered in Information Technology from Institute of IT from Jahangirnagar university. He, for the quest of knowledge, has also earned professional/global online certifications on MCP, MCSE and CCNA from Microsoft & Cisco, USA. Recently he has received CISSO (Certified information Systems Security Officer) from Miles2 of USA.

With such high qualifications in the field of IT, in 1986, he started his career as the Hardware Engineer of Beximco Computers Ltd. After sometimes, he took a break from Beximco and joined as a Radio Electronic Instructor in the Marine Academy of Chittagong (under Ministry of Shipping) in 1993. However, he joined back Beximco in 2000 as the Senior Network Engineer. Later, after a certain time, he finally shifted his career to banking and joined as the Assistant Vice President of IT division of IFIC Bank. He worked there before he finally became a part of Islami bank.

New technology in banking sector though is not absolute cutting edge trend, it is already transforming the financial sector, and the traditional banking landscape is set to rapidly change in the next five years. New stuffs, upgraded formulas and safety features like advanced cryptography and biometrics will help protect against bank scams, and remote applications will make it easier than ever to do your banking without visiting a branch.

It doesn’t mean new technology will hit the banking but the things that will change data sharing and the way your money is handled.

Blockchain is nowadays very well known figure to all especially in banking sector. It is basically set to transform banking and financial services. It decentralizes monetary management from a central authority to a widespread network of computers. This technology actually works through two phases. Transactions are broken down into encrypted boxes that it may call ‘blocks’ which are then added to the “chain” of computer code and encrypted for enhanced cybersecurity that actually is similar to “email for money”. In fact this technology has the potential to improve numerous facets of banking — and is the basis for other banking technology trends like bitcoin.

Another tech system for banks is ATM and they transformed the bank tech system when they were first introduced in 1967. No industry has been hit by change over the past few years quite like the ATM industry. The next revolution in ATMs is likely to involve contactless payments. Some ATM innovations are already available overseas. For example, biometric authentication is already used in India, and iris recognition is in place at Qatar National Bank ATMs. These technologies can help overall bank security by protecting against ATM hacks. It might take some time to see ATM upgrades in the financial system because of the strict regulations governing some international banks, according to Bayometric, which is a leading global provider of biometric security systems.

Transformation with mobile and digital segment in the banking system has only just started and growth is already explosive. Banks are investing heavily in digital banking technology and customers use mobile, web or digital platforms to use banking services. Artificial intelligence solutions, such as chatbots, often assist customers in simple tasks such as making payments. In a Forbes survey on banking customer engagement from late 2016, 86 percent of banks indicated that these types of services represent their top technology investments.

Technology will allow the banks believed by them to deliver a faster, more transparent experience to consumers. A large portion of their resources perhaps is necessarily dedicated to security, compliance and other industry-specific requirements that might allow non-banks or financial service providers which are not synchronized by the banking industry to flourish, according to a 2016 report from market intelligence firm Greenwich Associates. Since these companies can devote a greater percentage of their assets to radical financial technology, they might innovate more rapidly than traditional banks, attracting tech-savvy customers in the process.

It is true that smart devices and customer behaviour are the trendy focus in advanced banking technology and overall it steers the banking technology advances in the direction of convenience. From the email inbox to visiting a physical branch, you might expect or not, you can get a whole new customer experience even sooner than you ponder over.