Dr. Adnan Firoze is a core-faculty member of the Department of Electrical and Computer Engineering at North South University. He has previously worked for The Huffington Post and holds a Master’s degree in journalism and computer science from Columbia Journalism School and Columbia SEAS, New York.

North South University has attained enormous success in the globally prestigious competitive programming contest – IEEEXtreme 10.0. More specifically, two teams representing the department of Electrical and Computer Engineering (ECE) under the School of Engineering and Physical Sciences (SEPS), toppled all other participating Bangladeshi university teams and several teams from top US engineering schools (including Purdue University, Rice University, UC Irvine, Temple University and many others) to secure spots in the top 100 in the global contest held on February 16, 2017. The first position was secured by Switzerland’s Ecole Polytechnique Federale de Lausanne (EPFL) whereas the better known Monash University placed fourth.

IEEE is the most prestigious community of electrical and computer engineers across the globe. IEEEXtreme is a global challenge in which teams of IEEE Student members, advised and proctored by an IEEE member, and often supported by an IEEE Student Branch compete in a 24-hour time span against each other to solve a set of programming problems. This year in IEEEXtreme 10.0, 2217 teams from all over the world took part that included all ivy league universities from USA including Harvard University and Cornell University. 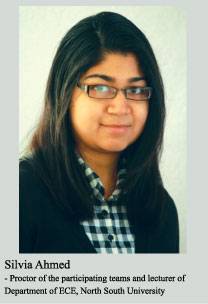 enthralled by the results

.One of the IEEE NSU Student Branch (INSB) student members, Wordh-ul Hasan was selected as the official ambassador for this event in Bangladesh for NSU, and with his initiative four teams were registered. Silvia Ahmed (Core Faculty Member, Department of ECE) was graced as their proctor, who spearheaded the complete endeavor under her strict guidance and encouragement.

“Solving problem with computer programming is much of a creative skill rather than just a tool. With the support provided by NSU to our young minds, they have already set their footsteps in many national and international programming contests over the years. This time we wanted to give them an exposure to other domains of problem solving, and they have excelled in that as well. I hope and believe we will be continuing to pursue this line of contests in the future.”, said Ahmed.

However, this success story was not the fruit of a short span. It involved rigorous grooming of NSU engineering students especially conducted by the NSU Problem Solvers Community (NSUPC). The group is advised by Dr. Shazzad Hosain who is an Associate Professor of Computer Science at the university. He said, “Only great minds can solve complex problems and NSU is committed to bring great minds together to be the center of excellence.” Besides the faculty members, the group receives training almost every weekend by Tarif Ezaz, a former student from the engineering department at NSU, who finds time to mentor and coach students in an hands-on manner, even from their freshman years. This has resulted in great successes in the recent years. He contended, “Pro 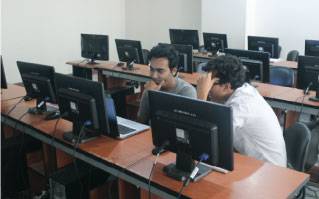 gramming contests are helpful for both academic and professional purposes. Our department should continue to provide moral and financial support to our talented programmers.”

NSU ECE Departmental Chair, Dr. Rezaul Bari commended the achievement. “In events like this, it is our honor of representing not only the classroom environment but also the self motivated nature of our students. As engineers, this kind of events contribute as much, if not more, when they go on to the industry,” he said.

The success of Bangladeshi universities, spearheaded by NSU at this event, serves as a milestone in the success of engineering education at the university and in the country as a whole.