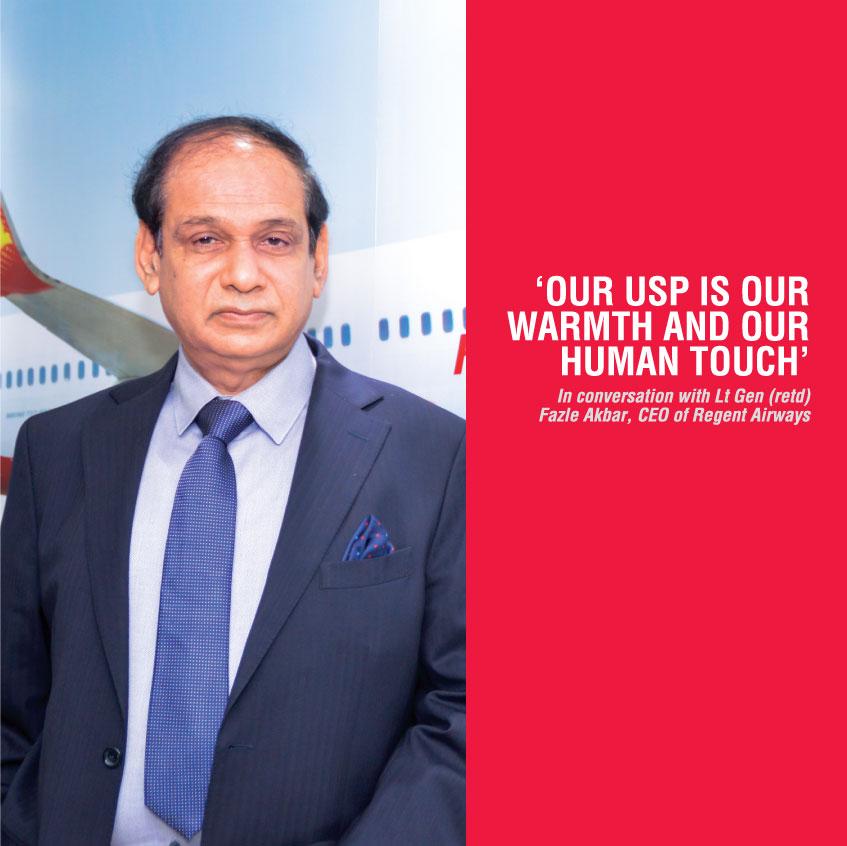 Lieutenant General Mollah Fazle Akbar, ndc, psc was commissioned in the Corps of Artillery, Bangladesh Army on 30 November 1976. His last assignment was Commandant, National Defence College (NDC), Bangladesh prior to going on Retirement on 16 February 2016. He is also The Chairman of Board of Directors of a Financial Institute, Bangladesh Industrial Finance Company Limited (BIFC).

Lieutenant General Akbar commanded an Air Defence Artillery Regiment. He also commanded an Air Defence Artillery Brigade (ADA) of Bangladesh Army and a Field Artillery Brigade. He also commanded a Sector of the then Bangladesh Rifles (BDR) presently known as Border Guard Bangladesh (BGB). He was also the first Sector Commander of Bangladesh Sector in Liberia, UNMIL (United Nations Mission in Liberia) where he inducted and commanded a Brigade Group force. Before his last assignment as Commandant, National Defence College (NDC) he was holding the appointment of the Director General (DG) of Directorate General of Forces Intelligence (DGFI). General Akbar was the ‘Colonel Commandant of the Regiment of Artillery’ of Bangladesh Army from March 2010 to February 2015.

He attended a number of courses both at home and abroad. He completed his Anti Aircraft Firing Drone Course from China and Security Intelligence Administration Course from United Kingdom. He is a graduate of Army Command and Staff College, Quetta, Pakistan. He is also a graduate of National Defence College, Bangladesh. 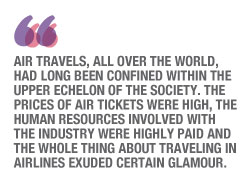 Once a military-man, always a military man’—you would be reminded of that age old adage once you meet Lieutenant General Mollah Fazle Akbar.

A retired army official, Lt Gen Akbar is currently holding the position of Chief Executive Officer (CEO) of Regent Airways, the leading private commercial airlines of the country but the clinical efficiency with which he has been running the airlines in the past one and half years will remind you of what his true passion and profession is.

The Fintech team recently went to the headquarters of Regent Airways in Uttara and had a conversation with this man of personality with a capital ‘P’. Here is an excerpt of that conversation for our readers.

FINTECH: You have a very distinguished career in Bangladesh military. How do you end up in the aviation industry?

F. Akbar: I am basically a military man and my passion is ‘Uniform’ my interest still lies in the defense and security issues. I was commissioned in the Bangladesh Army and served in different assignments in the Army and Armed Forces. I was the Chief of the Intelligence of the Armed Forces known as the Directorate General of Forces Intelligence (DGFI) and also headed the National Defense College (NDC). I retired from the Army in March 2016 as a Lieutenant General. Even then, when I wake up in the morning I still feel that I am a soldier and ready for the call of my Motherland. I believe Security & Defense is still my cup. I have a PhD on ‘Connectivity Issues’ from the Bangladesh University of Professional (BUP). I think the Aviation industry is intricately related with the connectivity and after my retirement, I entered in to this industry.

I had not planned this, the owners of Regent Airways who are known to me asked me to be an Advisor. I became an Advisor in June 2016. After there months as an Advisor I was offered by the owners to take up the position of CEO of the Company. Initially I was reluctant as I did not want to engage myself in any full- time position at that time.But after giving some thoughts I thought Aviation industry is a glamorous and prestigious one so when why not give it a try ? I took the offer on September 2016. 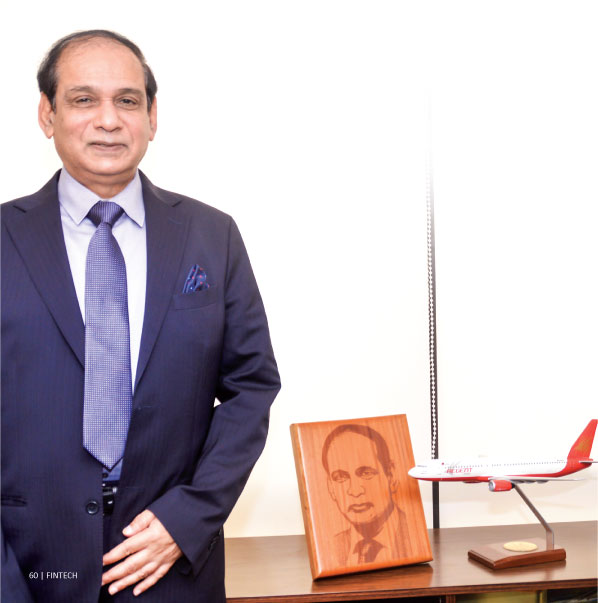 FINTECH: Why do you think the aviation industry is a glamourous industry?

F. Akbar: Air travels, all over the world, had long been confined within the upper echelon of the society. The prices of air tickets were high, the human resources involved with the industry were highly paid and the whole thing about traveling in airlines exuded certain glamour.

This has changed rapidly in the last few decades. The prices of air tickets have reduced and the affordability of people has increased in general across the world. So travelling by air is not something that is beyond the reach of commoner. Despite that the industry still has certain glamour. This is because of the aircrafts, the cabin crews, the airports and above all the charm of going abroad. 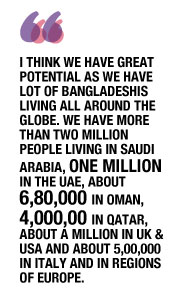 FINTECH: You have been the CEO of this airline for over a year. What improvements does Regent Airways make in this period?

F. Akbar: Uplifting a company or having a growth is not an effort that can be achieved by a single person. It’s a group effort. I believe, I have a wonderful team here in Regent Airways and they are all veterans of aviation business. So it is teamwork that has made my job easy.

In domestic routes, we were only operating on Chittagong and Cox’s Bazaar. From January 22 this year, we have started operating on Dhaka-Saidpur route. We will resume our schedule operations to Jessore from 22 February this year and will be followed by Sylhet most likely from March 2018.

When I joined Regent Airways, we were operating to Calcutta, Singapore, Bangkok, Kula Lumpur and Muscat. During my tenure, we opened up our schedule operations to Doha and Katmandu. Schedule operations to Dammam in Saudi Arabia will commence from the 22 February 2018. The upcoming routes are Abu-Dhabi, Guangzhou, Chennai, Colombo and Male and all this is planned for the year 2018.

F. Akbar: Like-wise Regent Airways began its operations with domestic routes that covered Dhaka-Chittagong, Cox’s Bazar, Sylhet and Jessore. Regent Airways at that had daily 18 flights on round trip basis to all these points and has an average annual carriage of about 250,000 passengers. However, the domestic operations were somewhat shrank mainly due to the grounding of one of the 2 DASH-8Q300 aircraft. We had to cease operations to Jessore and Sylhet but kept up Chittagong and Cox’s Bazar. It may be noted that Regent Airways is operating to Chittagong and Cox’s Bazar with Boeing 737 aircraft which passengers find attractive and comfortable to fly with.

Now our fleet consists of 08 (eight) aircrafts. Among those 02 (two) Dash-8-Q300 aircraft reputed for its exceptional reliability and passenger comfort, which are maintained to European standards, 02 (two) Boeing 737-700 and 04 (four) Boeing 737-800 Next Generation aircraft which was awarded type certification by the FAA, In addition, the newer 737 models offer a modern flight deck using the most advanced navigation technology available today.

FINTECH: What is the unique selling point (USP) of Regent Airways? As a customer why should one go for this airline in this competitive market?

F. Akbar: Any airline would claim that they have one of the better services in the market. I would say we have that and more. In Regent Airways, we try to make you feel special so that you would come back again to travel with us. We do that through our in-house training of airline crews who will ensure that a passenger can enjoy utmost comfort while on board. While on-board, in-flight food is important. We try to provide fresh and top quality food. Our USP is our warmth and our human touch from the passenger contact and selling point to Check-in desks at the airports and on board.

Our tagline is “every little thing counts”, and you will understand the meaning of that once you get onboard with our flights. Regent Airways is the first airline from Bangladesh to have received approval for its Safety Management System Manual from the Civil Aviation Authority of Bangladesh (CAAB) which is an internationally acknowledged standard set forth by the International Civil Aviation Organization (ICAO). 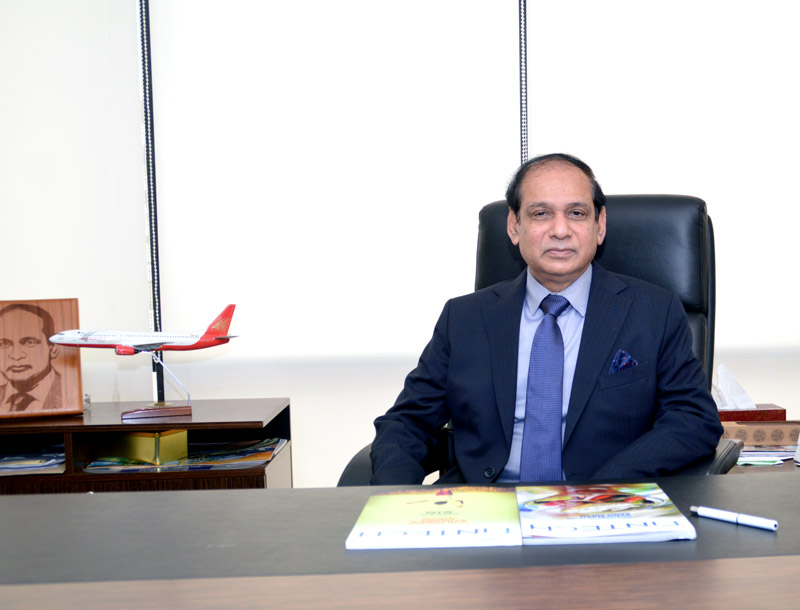 FINTECH: Bangladesh is sitting in a unique position and it has the possibility of becoming a hub. Do you think our aviation industry is capitalizing on that?

F. Akbar: We need to have a lot of infrastructure development. Our airport is not big enough and it doesn’t have enough facilities. We have constraint of parking places at the Dhaka airport. We don’t have enough Jet Bridges for direct access to the aircraft from the terminal. We really need to have a new and a modern airport to cater the increasing number of passengers.

We have to understand that connectivity and backward linkages are very important for the growth of the aviation industry. We have 34 airlines operating here and I can tell you that the current airport facility is not good enough to cater even to this number.

I think we have great potential as we have lot of Bangladeshis living in different parts of the world. We have more than two million people living in Saudi Arabia, one million in the UAE, about 6,80,000 in Oman, 4,000,00 in Qatar, about a million in UK and USA and about 5,00,000 in Italy and elsewhere in Europe. Most of the passengers, especially the Employment traffic prefers the Bangladeshi airlines because they get the Bangali cultures the moment they set foot on board of the aircraft.

Unfortunately, more than 70 percent of our market in Bangladesh is held by the foreign airlines. We only take 30 percent of the passengers including Biman. This will change if we have a modern airport and the aviation industry is made a priority sector of the government.

FINTECH: In the sub-continent, every national career is doing bad business. Do you think this is an opportunity for the private commercial airlines like Regent Airways to grab a share in Biman’s pie?

F.Akbar: Biman is our national carrier and we want it to grow. I am sure Biman will grow in near future. But Biman alone cannot take the load of the all the passengers as I said earlier. We can thrive by ourselves without eating the share of Biman and by competition with the foreign airlines many of which operate indirectly to the destinations we fly to or intend to fly, directly.

FINTECH: What do you think are the main challenges in the aviation industry in Bangladesh?

F.Akbar: Aviation industry is a very costly industry and it is a very capital intensive one. Even a simple oil seal for our aircraft body, we have to import it from USA and the freight charge is very high.

The custom charges are also very high for any parts of the aircrafts but in this industry we cannot compromise the quality because a compromise in quality would have entailed a compromise in safety and security which we cannot afford. So we have to invest a lot.

The airport charges like Ground handling, Fuels price need to be lowered from the present high levels mostly owing to the lack of competition in these areas. There should be private operators in Ground handling and in Aviation Fuel supply that may lead to competition and thereby reduce the costs for the airlines. At present the lone Ground Handler is Biman and the Fuel supplier is Padma oil. ■