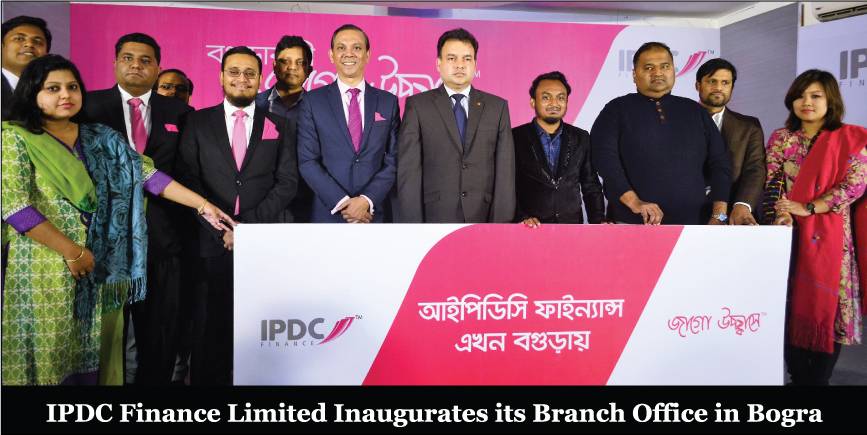 05 January, 2016, Dhaka- IPDC Finance Limited, the first financial institution of Bangladesh established in 1981 has opened its branch in northern district of Bogra to serve the people of Bogra and adjacent areas with financial solutions at an opening ceremony at the Bogra Convention Centre, DC Banglo Road, Malotinogor, Bogra. The new branch is located at Amicus Center, 416-417 Sherpur Road in Bogra Sador, Bogra.

“IPDC has continuously been the major driving force behind the industrial development of Bangladesh since 1981. In 2017 we have plans to open nine branch offices across the country to bring 70% of the total population under our financial hood. We are planning to bring people from remote regions Bangladesh, under our loan schemes.” says Mr. Mominul Islam, MD and CEO, IPDC Finance Limited.

In an effort to serve the ordinary hardworking people of northern region of Bangladesh under the hood of financing and also considering the tremendous demand in the financial sector, IPDC is opening a branch in Bogra. IPDC has recently changed its name from ‘Industrial Promotion and Development Company of Bangladesh Limited’ to IPDC Finance Limited. In a context of transformation IPDC focusing on the youth, women and underserved areas. 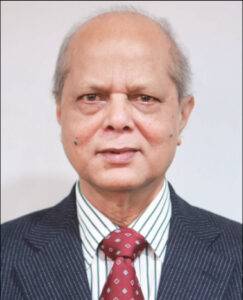 Md. Abdul Hamid Miah took the charge of Managing Director and CEO of Islami Bank Bangladesh Limited. Bangladesh Bank approved his appointment following his nomination by the Board of Directors of the Bank in a meeting held at a city hotel on January 5, 2017. 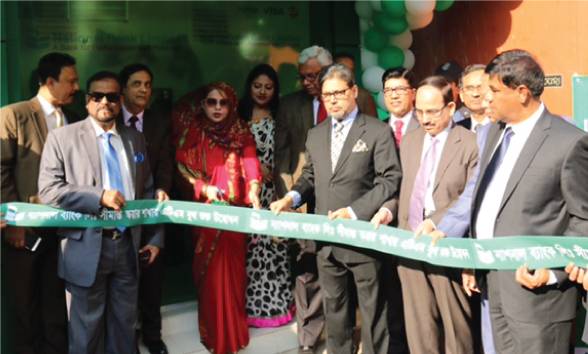 cardholders will be able to use this ATM 24×7 days. Since the ATM is also connected to the National Payment Switch, Bangladesh (NPSB) managed by Bangladesh Bank, all the cardholders of NPSB member banks will also access to this ATM. Visa Debit Cardholders of National Bank Limited will be able to draw cash from this ATM “any time, any day” at free of charge. Towards conveying the benefits Digital Banking service to mass people, National Bank Ltd. is going to launch 9 more ATM booths very soon at Nimtoli, Bhagyakul, Sreenagar, ZH Sikder University of Science & Technology (Shariatpur), Narayangonj, Kadamtali (Dhaka), Sreemangal, Sirajgonj & Bhatiary branches. 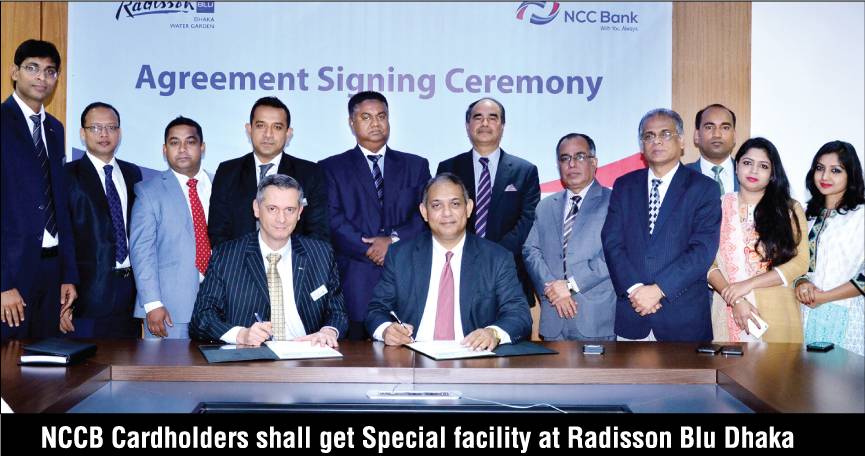 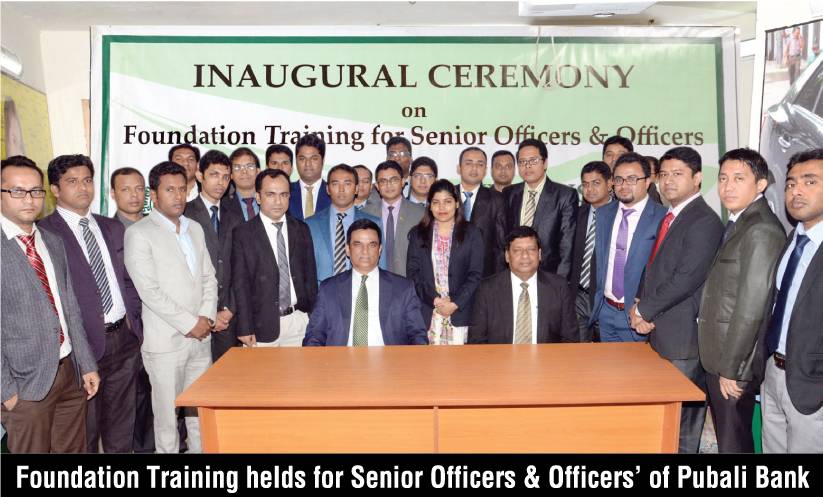 In his speech Md. Abdul Halim Chowdhury made a clarion call on all participants to foster new spirit and enthusiasm for achieving our Bank’s Vision and Mission. He reiterated on the challenging tasks for all for ensuring profitability and strength of the bank. He put forward his views on being Compliant Ethical Bank making our position excellent and envious. He made instruction to them to make all-out efforts to make proper investment of fund, to reduce classification of loan and to arrest mismanagement in the operational activities of the bank with a view to maintaining efficiency and effectiveness in all respects. He urged all Officers to work with honesty and integrity in the workplace.

The Annual Business Conference-2017 of South Bangla Agriculture and Commerce Bank Limited was held at Hotel Purbani international Ltd., Dhaka on Thursday, January 19, 2017. S.M Amzad Hossain, Chairman of the Bank inaugurated the conference as Chief Guest. Abdul Kadir Molla, Chairman of the Executive Committee of the Board, Anwar Hussain, Director, other honorable Directors were present on the occasion as special guests. Md. Rafiqul Islam, Managing Director & CEO of the Bank presided over the conference while Additional Managing Director, Head Office Executives and Branch Managers of the Bank attended the Conference. Chairman of the Bank called upon everybody to increase professional skill along with best customer service so that they can contribute significantly for the growth of the Bank as well as the national economy 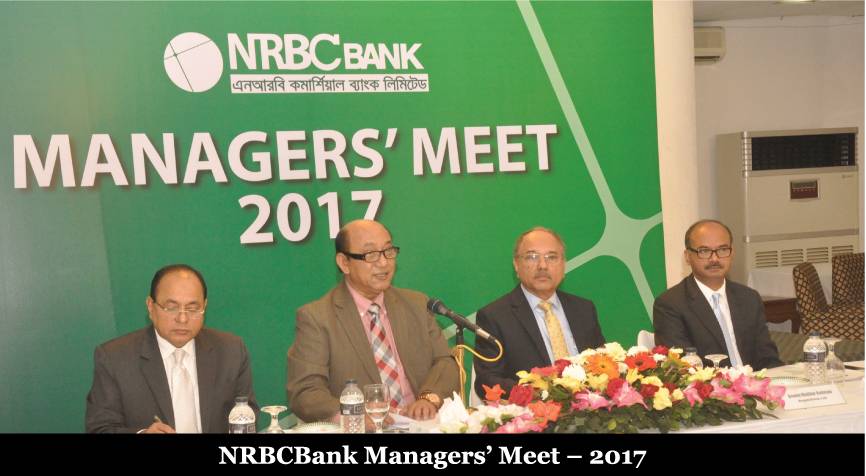 Managers Meet -2017 of NRBCBank was held at a local Hotel in Dhaka on Thursday 12th January 2017. The Conference was inaugurated by Engr. Farasath Ali, Chairman of the Bank. Among others, the inaugural ceremony was attended by the Managing Director & CEO of the Bank Mr. Dewan Mujibur Rahman and Deputy Managing Directors Md. Shafiet Wahed and Kazi Md. Talha. All Divisional Heads and Branch Managers of the Bank were also present on the occasion.

The Managing Director congrats and thanks to all for the overall performance and seeks all out cooperation for better success in the upcoming year. He said that NRBC Bank achieved its targeted Deposit, Loan & Advance and Operating profit in the last year. He noted that the Bank made operating profit of Tk. 172 Crore in the year 2016. 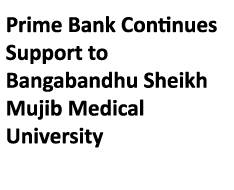 Since 2011, as part of its Corporate Social Responsibility, Prime Bank has been assisting the Faculty of Nursing of Bangabandhu Sheikh Mujib Medical University for capacity building. It is to be noted that Prime Bank has been instrumental in providing two expatriate Clinical Nursing Instructors for the capacity building of both students & Instructors of BSMMU Nursing Faculty. 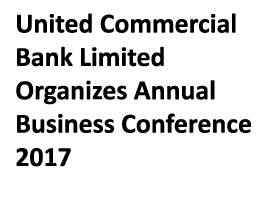 Chairman of the Bank called upon everybody to increase professional skill along with best customer service with the implementation of state of art information technology to keep the zenith position of bank in the ever changing fiscal system.

Earlier, Managing Director of the Bank also explained everybody to create mutual dignified and business friendly environment in aligned with global and local economy to ensure the continuing growth of the Bank.