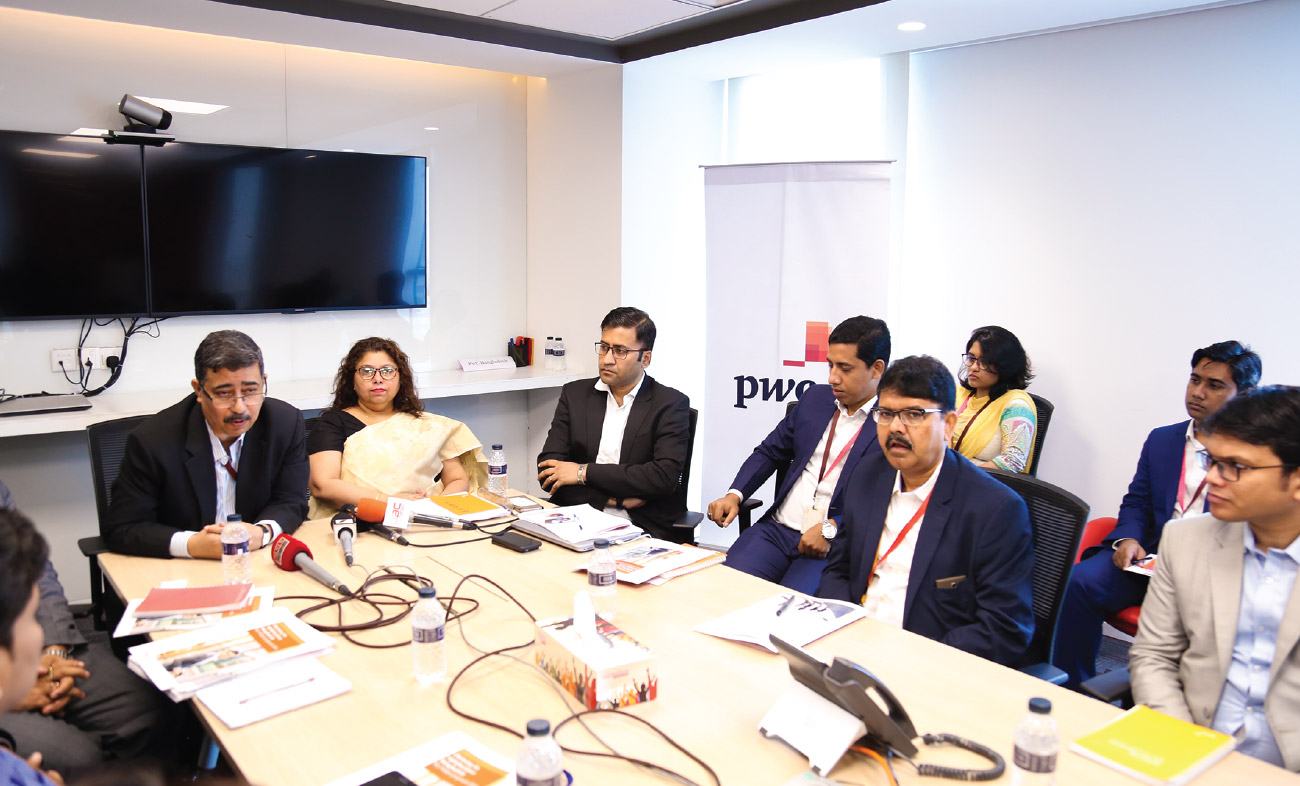 Saying that PwC works closely with the National Board of Revenue (NBR) on how to impose taxes more effectively and in more friendly ways, Mr Rashid told the media that PwC is the only tax audit organisation to have that distinction. “We are particularly pleased for two reasons. First is that the honourable Finance Minister cited PwC in stating that Bangladesh will be 28th biggest economy in the world by 2030 and will reach the 23rd position by 2050. Secondly, the Prime Minister also mentioned this at the World Economic Forum, again based on a PwC projection. Our Leadership Centre UK published the research work where this was reported,” said Mamun Rashid.

Rashid thinks that Bangladesh could potentially have better investments. He opined that to push the growth of the taka beyond 8 percent more investment is essential, and that can only happen through the private sector.

“If more money can be paid through tax incidence to the big organizations, which have influence over the national economic chain and international supply chain, then they will be able to expand their operations. As a result, more jobs will be created and unemployment will come down, at least to some extent,” Rashid explained.

PwC has recently produced a position paper in collaboration with the NBR and Prime Minister Sheikh Hasina’s economic affairs adviser Moshiur Rahman. The paper reviewed the competing countries to Bangladesh’s export such as India, Indonesia, Vietnam, Thailand, the Philippines and recommended that if a big company pay tax once, and given that it was appropriately registered in the record, multi-tax will not be imposed, similar to other competing countries in export.

“We did a seminar on economy in 2015. NBR was part of the seminar. At that time we had worked on the biggest project in the taxatin sector and we wanted to present in that seminar what are the practices in other countries.” In the seminar PwC also presented its findings on why corporate taxation should be relaxed across different sectors, what is the impact in those sectors, why the middle class is growing, etc, Mamun Rashid told reporters. “For the middle class the government should take new initiatives. That is because this segment has the most impact on international economic affairs. According to preliminary report, over 25 percent of people still earn USD6500. This segment will become the heart of the economy like in India, China and Indonesia. It is the right time to work on how this middle class can start to invest in government bonds through tax incidence,” he said.

Rashid said that a lot of people in the country are ready to pay taxes, but they don’t know the right way of doing it. He thinks that educating the people is not possible only through events like the Tax Fair. “Some people suggested that there should be a 24-hour call centre to inform about tax payment. We are working on these issues and hope that people will benefit from this in the future,” he said. Mamun Rashid also stressed on the necessity of employing data mining, data warehousing and other tools to digitize the tax administration.

Observing that revenue collection has increased by 22 to 25 percent, Sushmita Basu said that growth rate is likely to surpass 8 percent soon. “The growth rate this year was 7.6 percent. It will go up to 7.8 percent and later on it will surpass 8 percent. On the other hand, revenue collection is increasing every year. The honourable Finance Minister now wants to collect 50 percent revenue from taxes. Just based on that you can see that revenue collection has gone up by 22 to 25 percent,” said Basu. She further noted that even though there are typically various kinds of tax reductions when revenue increases, this year there were no tax cuts.

Sushmita Basu said that new businesses typically do not come under tax collection. “So far online entrepreneurs did business without paying tax. But this has now changed in 2018. So, overall tax net has expanded,” she added.

Basu also observed that RMG tax rate was not reduced in 2018. “If reduced, there will be more local and international investments,” she said.

Basu also advocated for installing Electronic Fiscal Device (EFD) to widen the tax net and to remove revenue leakage. “Many countries have been able to successfully widen the tax net with EFD and mobile application-based systems which resulted in a rise of revenue,” the PwC partner noted.

Basu stressed that in order to strengthen the tax administration and improve tax compliance online registration and filing tax returns should be ensured.

The PwC director for Tax and Regulatory Services Kapil Basu praised the NBR’s efforts to bring clarity in shipping and airline industries.

“If the government has the record of all expenses, income, liability and excess, then tax evasion will be a very big challenge,” Kapil Basu said.

Baus thinks that incentive is an important factor and prosecution and penalty play big roles in creating these incentives. “For a number of compliance matters prosecution has been tightened and penalties have been made more severe. This clearly indicates that the government wants to put significant importance on compliance,” he said. Basu suggested that if compliance still remains an issue there should be more severe penalty.

Kapil Basu echoed his colleagues and advocated exemption of multi-tier dividend taxation for resident companies. “This would benefit many existing companies and encourage investment in the economy,” he said.