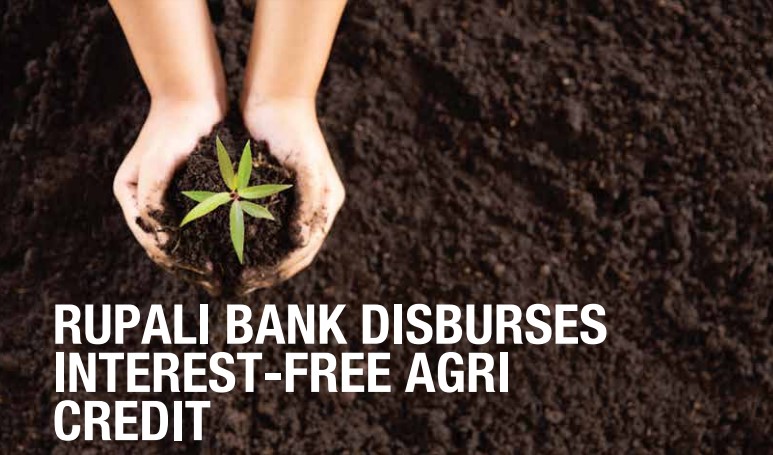 Rupali Bank Limited has been disbursing interest-free credit among the poor farmers marking the birth centenary of Father of the Nation Bangabandhu Sheikh Mujibur Rahman.

The state-owned commercial bank has started disbursing agricultural credit among the marginal tomato farmers from January 1 this year under the ‘Zero Coupon Lending Programme’.

The Bank has already disbursed Tk 50,000 as credit to each of some 500 tomato farmers of Natore as part of a pilot project while such credit will be extended among the turmeric farmers in Khagrachhari, pineapple farmers in Bandarban and among onion farmers in Rajshahi.

Talking to the news agency, Rupali Bank Ltd. managing director and CEO Md Obayed Ullah Al Masud said, “We’re disbursing interest-free agricultural credit in the ‘Mujib Year’ with the expectation of making a positive role in the agri-economy. Credit is being disbursed among the tomato farmers as an initial project while such credit will be gradually extended among the farmers of various agricultural produces’ through its countrywide branches.”

He informed that the Rupali Bank has a plan to disburse some Tk 50 crore among the farmers without any interest.

The Rupali Bank managing director said such special initiative of disbursing interest-free credit has been undertaken to motivate the deprived farmers.

“Interest plays a role on the price of produces starting from the marginal farmers to the consumers. So, we think if the farmers get interest-free credit side-by-side just price of their produces, then they would get extra profit and thus would be self-reliant,” he added.

Masud said a team comprising officials from the credit disbursing branches, representatives from the regional offices and concerned upazila agricultural officers would monitor the entire process from loan disbursing to credit realization.

Rupali Bank officials said under the ‘Zero Coupon lending’ programme, the period of each loan will be six months while the bank would extend such credit twice a year for the summer tomato (February 1 to March 31) and winter tomato cultivation (August 15 to December 31).

As per the guidelines of the Bangladesh Bank for the 2019-20 fiscal year, any farmer can avail this maximum Tk 50,000 interest-free credit for cultivating tomatoes on some 1.29 acres of land.

This credit is collateral-free but, the husband or wife of the loan recipient or any other acceptable person would have to be a guarantor.