As financial services become increasingly deliverable through digital means, the world seems to be moving toward a fintech singularity – at least in theory.

But with rapid development of digital identification technology and security apparatus, a complete digital ecosystem for financial services has ceased to be simply theoretical for a while now. One of the principle ways it manifest is through mobile financial services.

While it’s been happening throughout the developing world, the astounding expansion of such fintech architecture is seen most remarkably in Africa and later in Asia where a vast number of unbanked population continue to exist.

Kazakhstani mobile financial service Beeline at the end of 2018 fiscal year declared its revenues from mobile financial services to have jumped 265 percent from the year before and reached to KZT 68.6 billion (over USD 182 million), reports Profit.kz. Kar-Tel, the brand’s owner mobile operator company, expects the figure to double by the end of 2019.

The e-KYC (know your customer), or digital proof of identity for an individual, enables mobile financial services to deliver services and thereby bring the unbanked population under financial inclusion. It has truly enabled mobile phone devices to become part of lifestyle by making a new type of payment or convergent payment mechanism acceptable in all platforms.

Ever since the tremendous success of M-pesa in Kenya, MFS has continued to spread and flourish. Bangladesh now happens to have the biggest MFS in the world by subscriber number: bKash.

Paytm is a Reserve Bank of India (RBI)-approved e-wallet. Users can simply pay by either scanning a QR code of the shop or by entering the mobile number of the recipient. At the same time e-wallet services like Paytm in India and Wechat and Ali Pay in China are taking the MFS revolution forward.

With extremely immersive features like money transfer through messaging, Wechat emerged as the sign of things to come in the digital financial ecosystem. Both Wechat and Alipay have not just a transformative effect on the entire Chinese economy, but these have brought an actual paradigm shift.

Alipay became the leading online payments service provider in China, claiming more than 50 percent market share and 47 million users by 2007, according to Alibaba Group. Alipay doesn’t only allow for mobile based financial transaction and payment but also has expanded its scope into credit scoring, wealth management, insurance, and lending. With its associated companies, Alipay has 600 million users, which has made it the largest fintech player globally.

In Bangladesh, following the central bank’s permission for MFS for commercial banks in 2011, at least 18 banks have launched their own MFS as of June 2017. However, bKash of Brac continues to be the only successful player that has amassed significant business volume. It even became the world’s largest mobile financial service provider in terms of number of subscribers and number of agents within five years of launch.

The typical environment that help rise MFS like bKash, mainly a large number of unbanked population, existed in Bangladesh, allowing for the service to flourish. The market for MFS has been prepared over the past seven years and MFS, mainly bKash, successfully penetrated the market.

After enhancing reach (first phase), integrating with financial services (second phase), bringing payments, such as utility payments, under its scope (third), merchant and online payment (fourth); it seems MFS is now ready to enter into the fifth phase, which will include developing credit rating, micro-credit scheme and long term credit.

However, the next step in the building of a comprehensive digital financial service ecosystem will only come through MAFS, when access is not limited USSD and QR codes. It will necessarily include the Web, POS, ATM, NFC and other access points.

With over USD 3.8 billion transacted per month through MFS in Bangladesh, it seems the ground is ready for the next step forward, which will be through multiple access platforms or systems. The MFS revolution has already doubled financial inclusion and it can easily snowball into something immense if the next phase is implemented.

As digital wallet starts to take its root through services like Nagad, end users are able to sign up very easily through e-KYC. 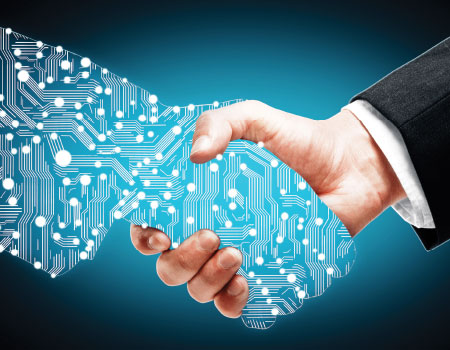 The transformative power of one single wallet is that it can be used to fulfill all the financial needs of individuals and SMEs, because digital wallet can be integrated with an existing bank account, credit card account, loan account and so on.

All types of payment or collection can be made digitally through this wallet. As a result, based on these transactions and other business information from ERP, credit rating can be generated and loan can be offered.

Ultimately, automatic rating system will help to disburse loan and other types of financing. This will in effect play a significant role in digital transformation of the financial institutions.

For this to occur a number of parallel mechanisms need to take place, mainly through significant telecom penetration. Justified revenue sharing with access channel partners (MNO) is required as well to maintain healthy business.

The point of ‘singularity’ will be developing a fully fledged digital financial services ecosystem which will include consumers, enterprises, distribution network, business solutions or ERP, credit rating, financing, disbursement and collection and delivery infrastructure.

In that respect flexible 360 degree ERPs like Ferratum and Kiu could act as both the catalyst and the solution for bringing everything together and truly create a self-contained digital financial ecosystem.