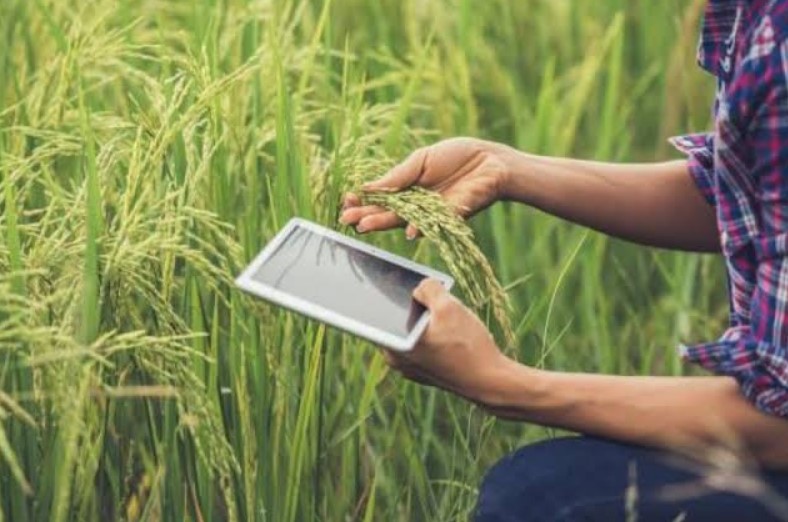 In a country with an internet penetration of 6.7%, the idea of seeing a rural farmer using a computer to decide the best possible fertiliser combination for his crops seems absurd indeed.

It’s happening, though. Iqbal Hossain, a farmer from Dhanua village in Shibpur upazila of Narshingdi, has been reaping the benefits of using the technology. “I had a bad yield of Boro crop in winter last year. Later, I realised that the poor yield was a result of the wrong fertiliser I had used in the field,” he said.

So, he went to the Union Information Service Centre (UISC) to seek help. “I heard from a fellow farmer that the computer in Shibpur UISC can provide advice about the accurate amount of fertiliser,” he said.

Imtiaz Ahmed, the information officer at the Shibpur UISC, said: “It isn’t the computer that gives advice. Rather, it’s software developed by the rice researchers of Bangladesh that gives suggestions on management and yield of crops after analysing certain information.”

The software, named Nutrient Manager for Rice (NM Rice), functions like a decision-making tool. It provides farmers with recommendations on how much and when to apply fertilisers to have a higher yield after some specific information is given as input. “It can be accessed from a smartphone and/or a personal computer,” he added.

The questions seek information on the location, measurements and soil quality of the land. The software also makes point-to-point queries about the rice that is being cultivated in the land. Based on the responses, a fertiliser guideline, with the amount of fertiliser needed during the growth stage of the crop, is provided for a specific rice field or rice-growing area.

The software enables farmers to select the combination of fertiliser sources for their fields, including the organic ones. It also has the option to indicate the total cost of fertilisers in the guideline.

Dr Murshedul Alam, senior consultant at IRRI told Fintch that fertilisers are the most expensive material used in rice cultivation right after labour. Yet, its use by farmers is often inefficient.

He said: “Fertiliser use is often inefficient because the amount and type of the nutrient used may not match the crop’s requirement. This can result in bad harvest and lower profit for the farmers. Moreover, excess use of fertilisers can affect the environment.”

Dr Alam mentioned that the amount of nutrients absorbed by the crop is directly related to the yield. Farmers must tailor their fertiliser management to match the requirements of their crop in order to achieve high and profitable yields. “This requires using the right combination of fertiliser sources, rates, and timing of application for their field-specific conditions,” he added.

He said that scientists at IRRI and organisations across Asia developed an improved site-specific nutrient management (SSNM) approach for rice through research partnerships over the past 15 years. “SSNM provides a scientific approach for effectively supplying nutrients to a crop, as and when needed,” he said.

According to the IRRI website, a version of NM Rice in the Philippines was released in 2010 in five Filipino dialects and English. A similar application was launched in Indonesia the following year. In early 2011, a Chinese software on rice management was released in China’s Guangdong Province.