You are here
Home > Tech > Gadgets > THE BATTLE OF PROCESSORS: IS EXYNOS A LEAP INTO THE FUTURE OF MOBILE CHIPSETS? 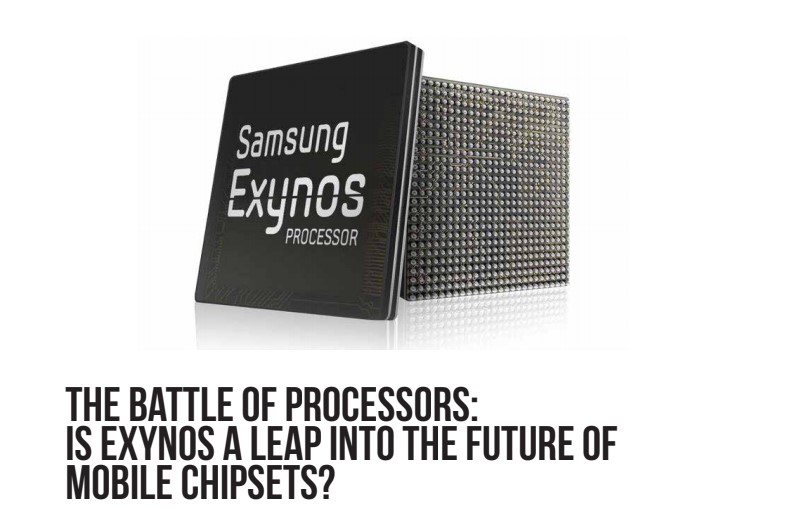 Be it a computer or a super powerful smartphone, the processor sits at the core of every modern computing device defining their value, power and capabilities.

With smartphones evolving faster than any other computing device, mobile processors have gone through many overhauls in the past few years. Apart from independent SoC manufacturers like QUALCOMM, big smartphone manufacturing companies have made significant investments in developing their proprietary SoCs. These in-house processors allow smartphone makers to better integrate their technologies into the device and further integration of the hardware with the OS of a smartphone.

So, in the battle of processors the most sought after SoCs in 2019 are Qualcomm’s Snapdragon 855+ and Samsung Exynos 9825. Both of these will power the soon-to-be launched Samsung Galaxy Note 10.

Both of these processors have recently hit Geekbench, a cross-platform processor benchmark, with a scoring system that separates single-core and multi-core performance, and workloads that with simulated real-world scenarios.

The Note 10+ 5G, powered by Exynos 9825, managed to put up numbers competitive with the new Snapdragon 855+. In the single-core test, the 9825 recorded a score of 4495. That’s about 20% advantage over the Snapdragon 855+. The impressive scores here are likely due to the big, higher-clocked custom Mongoose cores on the Exynos 9825.

There is also a Qualcomm Snapdragon 855 variant of the Galaxy Note 10. According to the Geekbench, it is quite evident that the Exynos version fared better in the single-core test considering the Snapdragon variant which will have a structural backup of 12 GB RAM; though their multi-core scores are almost the same.

Exynos 9825 are also more power-efficient thanks to its 7nm chipset architecture. Furthermore, the Exynos 9825 is also expected to come with full 5G system-on-chip integration, instead of an attached Exynos 5100 modem that is expected to be packed in the Exynos 9820 processor.

So, it can be said that that Exynos 9825 is faster than Snapdragon 855+ and Samsung Note 10 will be the fastest Android phones on the planet.