You are here
Home > Tech > Security > The Cyber Security and its importance . 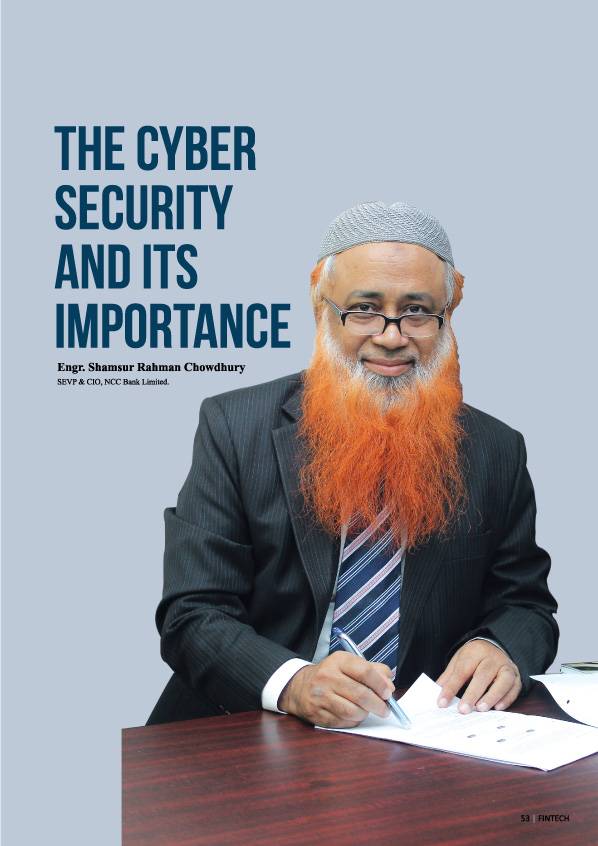 The Internet, World Wide Web (www) and the related technologies have created a virtual world or cyber world which is completely anonymous in nature. We have been heavily dependent on it. Our personal life is wrapped up with social networking medias like Facebook and twitter. Our business is being shifted to eBusiness and eCommerce through the Internet. Internet of Things (IoT) will probably engulf the world in near future. All machineries and equipment around the world are going to be connected with the Internet to have better control in a greater domain. All these technological developments have brought a big change in our culture and hence in the society. All the cities, the towns and even the rural areas are connected with the global network of Internet. In our country, the ICT infrastructure is spreading from the urban area to rural areas to connect more and more people to the Internet. As a result, more and more people are being added to the cyber world and a time will come in near future when all the citizen of this world will become cyber citizen i.e. citizen of the largest community, the Cyber world. Again, a company having offices and factories in different parts of the country are also connected through Internet or Intranet to speed up their communication to bring more efficiency. The supply chain partners located at different parts of the country are using extranet application to cut down their cost of doing business. The large installations of the government of a country are also built in an Intranet. For example, all the Power Stations, the electricity transmission and distribution system, Railway System, Water Purification System and many more may be connected in this network in future to have a better control and monitoring in a coordinated way. As a result, the society, the country and the world as a whole will become heavily dependent on the Internet technology very soon.So far we have depicted the good side of technological development that has given us the ease and comfort in our daily life. But every good thing is accompanied by some bad things that should be properly managed to enhance the impact of good things. We know that the cyber world is totally anonymous. The physical world criminals are capitalizing the opportunity of this anonymousness. They have turned up in the cyber world with greater ease. Their ease of spreading throughout the world and the ease of collaboration among themselves has been enhanced due to cloud computing. The criminals who want to make money have targeted the financial institutions and the organizations having a large customer database like hospitals and large retail shops and others. They directly attack the ICT infrastructure of the banks and steal money by transferring money from the customers’ account to their account. They also attack the health care institutes and steal their sensitive customer database and ask for ransom. In order to realize the ransom, the attacker threatens to disclose the sensitive private information of disease of the sensitive customers. There is another form of attack known as ransomware attack. The attacker somehow injects malware in the victims network and the injected malware identifies the important files in a server and encrypts it asymmetrically and displays a message in the victims computer that if some amount money usually from $5000 to $20000 is not paid through Bitcoin payment system, then the files from the victim’s computer will be erased after a certain period of time. In such case, Bitcoin payment system may be liable for not identifying the attackers. However, customer identification of Bitcoin payment system is difficult so far as we know. Stealing credit card number and making duplicate card is another very easy mechanism being used by the fraudsters to steal money from the credit card account holders’ account. These are the very few ways the attackers 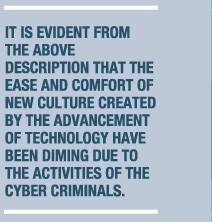 earn money by hiding their identity. There is another most common attack is that a Facebook or twitter user gets cheated by another user who has cracked the password of a victim.

The intention of cyber-attack is not always for money. There are various terrorist groups in the world. They have been formed based on the wrong interpretation of their religious book(s). Some minority groups based on nationality or religious belief or on any other reason may become terrorist due to the deprivation of their right by the majority group who are ruling the minority group. The attack can be initiated by the people of the two countries conflicting each other for any reason. It is evident from the above description that the ease and comfort of new culture created by the advancement of technology have been diming due to the activities of the cyber criminals. We therefore need to deal with the matter with great care so that we can keep the activities of the criminals aside. The objective of this effort is to nullify the effect of the attacker on the life of the genuine users of technology. In order to fight against such a critical issue, there should be a national cyber security policy in commensurate with the International standards.