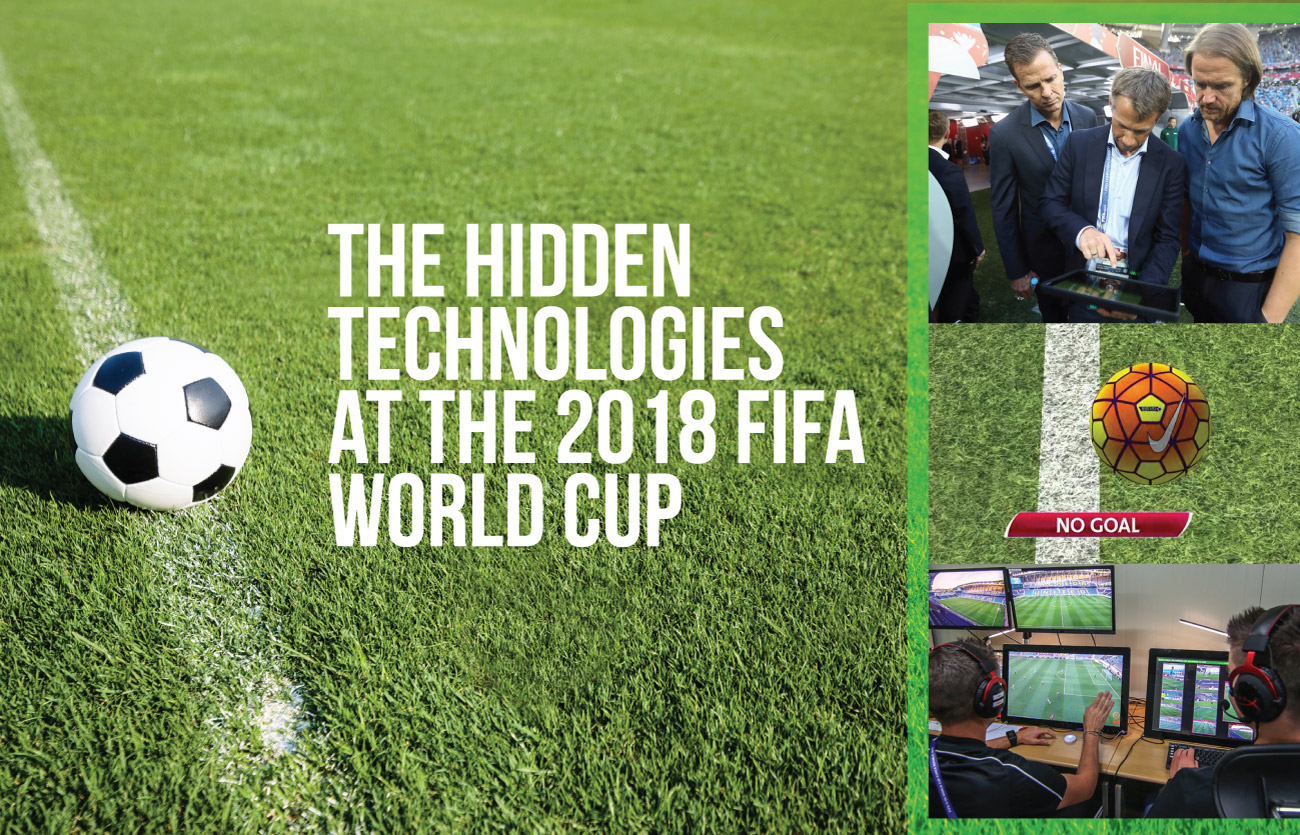 With the 2018 FIFA World Cup in Russia underway, the usage of some new technologies during the match has already grabbed the attention of millions of football fans across the world. The various tools that operate in the background are providing additional support to the referees and important additional information to the participating teams for their decision making process during the 64 matches thus helping to improve the performance on the pitch.

Now, we take a look at some of those technologies.

At the 2014 FIFA World Cup Brazil France’s Karim Benzema was the first player at a World Cup to benefit from goal-line technology for the award of a goal when his header against Honduras crossed the goal line only for a few milliseconds.

The technology supported the referees in three incidents at the last edition of the FIFA World Cup and as many as eight goal situations at the 2015 FIFA Women’s World Cup in Canada. The referees at the 2018 FIFA World Cup can continue to rely on this tool during the tournament in Russia: all competition stadiums will be equipped with goal-line technology that processes information from 14 high-speed cameras and sends a signal within one second to the referee’s watch indicating when the ball has crossed the goal line.

Following the successful introduction of goal-line technology four years ago, the football world asked for more tools to further support the match officials for crucial decisions. After two years of experiments with hundreds of test matches, The International Football Association Board (IFAB) gave the green light in March 2018 for the use of video assistant referee (VAR) in football.

The 21st FIFA World Cup will be the first edition of this tournament that will offer video technology as an additional supportive tool for referees. It will, however, only be used to correct clear and obvious errors and missed incidents in clearly defined match-changing decisions.

The referees at the World Cup can decide to rely on the verbal information from the video assistant referee or to review the video footage of the incident in question themselves on the side of the field of play on a monitor before making their decision.

This new technology, based on broadcast and audio equipment, was customized over the last two years to the specific needs of football in order to best possibly meet the overriding philosophy of VAR “minimum interference, maximum benefit”.

The third major hidden technology FIFA is making available at each match of the 2018 FIFA World Cup Russia consists of a number of tools and communication equipment for both teams. Technical and medical staff of the participating teams will have dedicated workstations on the media tribune and a dedicated line to communicate with the coaching and medical staff on the bench.

Positional data from two optical tracking cameras located on the main tribune that track the players and ball will be available to the analysts in real time alongside live footage from selected tactical cameras. The insights from the technical information and the provided communication link allow for constant real-time interaction that can feed into their decisions during the match.