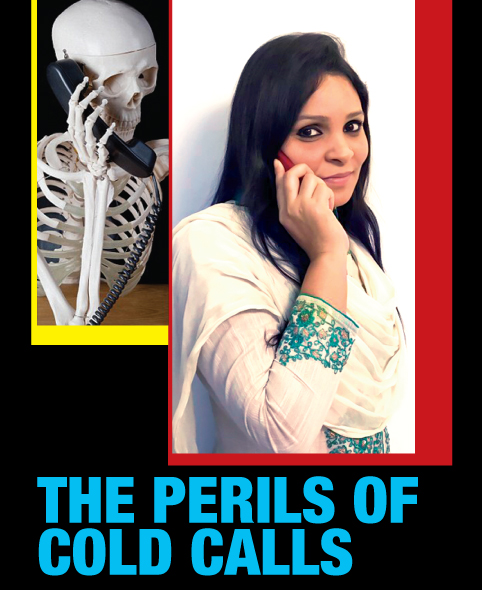 ‘Privacy’ is barely the word they care about as reaching to the customers through ghost calls and SMS are their job description.

Do not get surprised then, if you are a professional living in the capital, or any other cities, to receive calls or messages from dealers offering you a purportedly lucrative deal on any product or service. There is no beating around the bushes; telemarketing- a concept tried, tested, used, misused and globally abused on the customers is gradually finding its feat in Bangladesh.

Meet Sirajum Munir, 29, an employee of a real estate company for instance. “It is really annoying. Two different persons from a leading bank (name withheld) called me several times in  the last few weeks for having their credit card”, he said.

While Munir said that he told them that he already had a credit card of another bank, “But they just did not stop calling”.

Meanwhile, Nasihad Chowdhury, a fashion designer has been receiving SMS from a super shop every day. “The message contains the prices of commodities including the special offer of the grocers shop”, she said.

Nasihad said that she was really annoyed with that sort of marketing. “The worst part is I don’t even know how to stop it”, she added.

Shabnam Munir Tanisha, a celebrity actress informed that she previously used to receive sms from mobile phone comapanies offering their various new packages and deals. “Now I get offers to download songs of the latest hindi movies, to buy vegetables at a cheap rate from the shopping malls, to enroll in the IELTS courses in some coaching centers and more”.

“You can tolerate calls from your mobile phone company, or even from the bank, but anonymous calls from restaurants, offering you their lunch packages at busy hours, are a little too much. They are irritating”, she added.

No records of call calls

Fintech tried to find out any listed telemarketing firms in the country but surprisingly there is none. Several sources said that telemarketing is a side business for a number of call centers who after failing to make any progress in international outbound calls, opted for doing the marketing of various local companies.

Sources said that a number of software companies are also involved in the telemarketing business. An official of a call centre, who did not wish to be named, said banks and insurance companies are the source for telemarketers to get numbers. The official also admitted that the very owners of the call centres make deals with various businesses and ask the centre agents to send random marketing SMS to the selected group of able subscribers.

Another sources said that commercial entities are getting people’s private numbers from their registry books, where the person’s number was entered when he/she dropped their business card in the house.

Telemarketers are also getting contacts from social associations, wealthy peoples clubs or alumni associations. Officials of banks and telecom operators however denied that any contact number is being leaked from them as they said their databases too secured and to be hacked.

Official from the telecom operators meanwhile said that they offer their value added services after taking permission from the commission. “So these SMSes are permissible”, said Ikram Kabir from mobile operator Robi.

What the regulator says?

Interestingly, just across the border, the Telecom Regulatory Authority of India put up stringent methods in 2007 to thwart cold calling by petitioning a law on “Telecom unsolicited commercial communications regulations”.

With this, the authority made a national register of ‘do not call’ and asked all telecom companies to be filed in it. As per law, no telemarketer in India can make a call to any person registered under this. Companies violating this rule are liable to be penalised Rs 500 for the first call, and Rs 1,000 for all subsequent calls they make to persons registered on the ‘do not call’ service.

The authority is also empowered to cancel the licence of the telecom provider for continuous ghost phone calls.

Mahadi Ahmed, a Senior Assistant Director of the BTRC, told Fintech that though there is no guidance, if a subscriber felt his/her privacy is invaded through telemarketing, there is a scope for penalty under regulation 69 of the telecommunication act.

As per the regulation, disturbing a person on the mobile phone is a crime and the law say if a person repeatedly makes telephone calls to another person and cause annoyance or inconvenience without a reasonable excuse, the person shall be sentenced to a fine not exceeding Tk 25,000 and in default of payment of fine, to imprisonment for a term not exceeding three months.

But the BTRC consultant said that the telecom regulator hasn’t yet received any such complain. “If we receive complaints, we can take action upon those. Our website has the ‘hotline’ numbers where a customer can lodge a complaint”, he added. ■