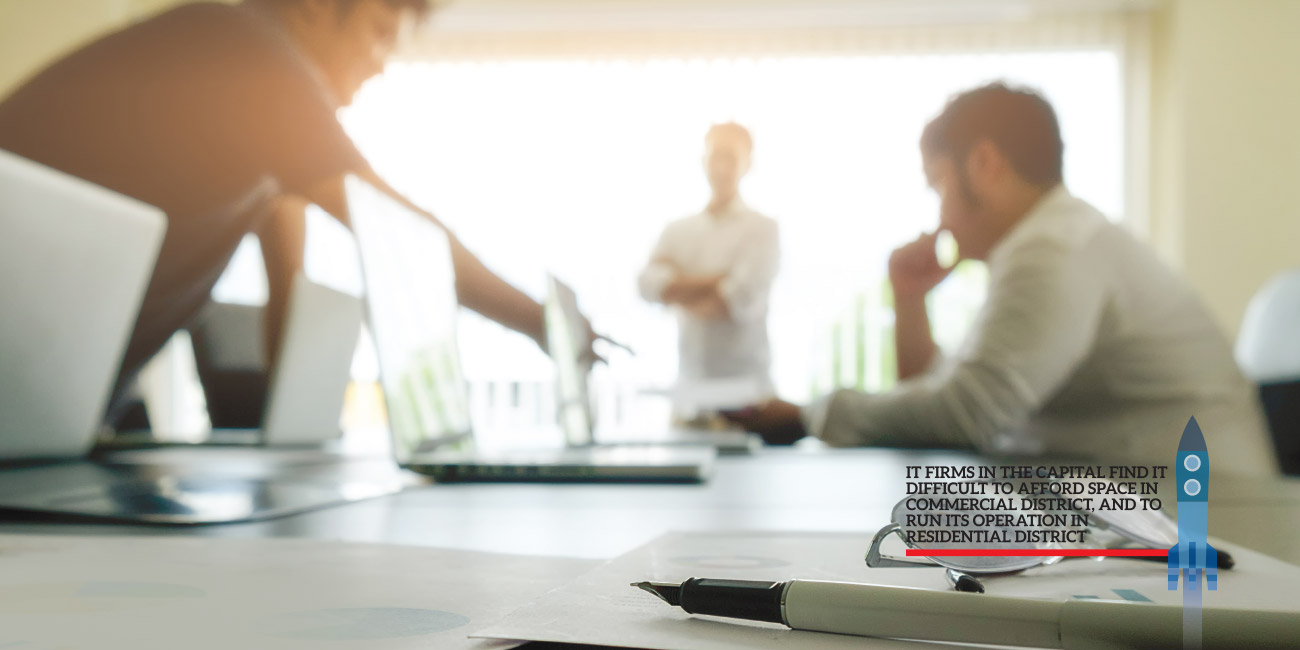 When Mushfiqur Sattik first thought of starting his own software firm, he had three things in his arsenal—his skills and knowledge with Java programming language, a latest model of Lenovo Thinkpad laptop which he bought with his saving from a seven month old job in a software firm, and a spare floor of 800 sq feet in his parent’s house at a sleepy corner of Mirpur residential area of the town.

“That floor space from my parent house gave me the impetus to start my own thing. In a city like Dhaka, it’s nearly impossible for a person with less than one year old job to be owner of any space. Since I had that, I thought of opening my software company.”

It was back in 2009 when he transformed that 800 sq feet space into a software company named Pioneers Tech Inc. About a decade, down the line, the Pioneers Tech hasn’t become anywhere near Google, Apple or for that matter Bangladeshi software giants like Datasoft or Graphicpeople, but it has become a company of over 20 engineers and 3,500 sq floor space of office in the city’s Karwanbazaar.

“If I weren’t able to start my company in our residential house back then, I wouldn’t be able to come this far,” said Sattik.

Like Sattik, Atiul Ehsan, CEO of Boomrang Software too has this notion. “Starting a software company requires ideas and determination and of course laptops. But that doesn’t mean it doesn’t require space.”

Ehsan said as most of the tech startups start with severe fund crunch, it hasn’t always become possible to rent a space in the expensive commercial district of the town. “So we look for apartments in the residential quarter which is less expensive.”

“So if there is any restriction imposed by the government in renting out office space in the residential district, it will definitely hamper the growth of the software industry in the country.”

Lack of space for software companies

Rajdhani Unnayan Kortipokkhon (Rajuk) since September last year has been conducting drives against the commercial establishments in the residential area. After the drive started, a good number of software companies were forced to shut down their office operations. Those, who have the capacities to shift their offices to a commercial location, have done it.

“I know of a company who has been running its operation for nine years in a residential area in Uttara and Rajuk has shut down its operation,” said Md Shafiul Alam, CEO of Blancer, “He even couldn’t take away the computers from his office. Now he is trying to get those back through the court in the last one month.”

Alam said about 70-80 percent software companies are running their operations in the residential area. Interestingly, said Alam, though over 95 percent member companies of Bangladesh Association of Software and Information Services (BASIS) are registered in Dhaka but the leadership never though of opening up a software IT park in the capital.

He said the government has spent over Tk 1,796.40 crore to establish 12 IT parks in the 12 different districts outside of Dhaka. “I am sincerely thanking the government for its initiative like this. But the problem is inside the capital Dhaka, where most of the software firms are located as now; there is only space for 15 companies inside the software technology park in the Janata Tower.”

Alam said he asked the leadership of BASIS to place the demand from the software companies in front of the government policymakers so that right decision could be taken. “I am also urging the government to allow IT companies to establish their office inside the residential areas for some time now.”

Tanim Shahnewaz, a renowned freelancer lauded the government’s initiative of casting their net further afield into Bangladesh’s hinterland. Historically, Bangladesh’s nonmetros and small towns have been a poor place to do business —much less try to seed and catalyze the growth of a startup — but things have slowly begun to change.

He however said the software companies in Dhaka should be given more space to do business. “Software companies are not like other companies. If you look at the Silicon Valley in the United States, you will see that large names like Google, Apple or Microsoft all had a very humble beginning and they all started inside a garage in the residential area. The point I am trying to make here is, if those companies weren’t allowed to flourish, then we wouldn’t have ground-breaking technologies today.”

What BASIS has to say in this regard?

BASIS President Syed Almas Kabir said, “Around 95 percent of IT firms are operating their business from Dhaka. Software companies manage to create the business friendly environment in residential areas because these type of companies need fast-speed internet, uninterrupted electric connection and a quiet location. In addition, the infrastructures needed for IT companies do not have any adverse effect on the environment.”

Thus, for creating young entrepreneurs and professionals in this potential sector, there is no alternative to setting up businesses at home or operating the business in residential areas everywhere including Dhaka city, said Kabir.

“IT and software companies cannot afford to rent space in commercial areas in the beginning. Government has taken the initiative to set up Software Technology Parks around the country. Such parks are yet to grow up in Dhaka.”

“You already know that RAJUK has decided to evict illegal business firms from Gulshan, Banani, Baridhara, Dhanmondi, Mirpur and Uttara shift businesses from residential areas to commercial locations,” he said, “To put a cap on this, a representative group from BASIS led by the ex president and current ICT Minister Mustafa Jabbar met with the then RAJUK Chairman M Bazlul Karim on August 16 2016 and the Housing & Public Works Minister Engineer Mosarraf Hossain on August 21 2016.”

At that time the Public Works Minister and RAJUK Chairman gave their assurance that they will relax their decision on shifting IT companies from residential to commercial areas. However, businesses are being shut down without any prior notice, he added.

Recently, several officials led by a magistrate visited a BASIS Member Company called Solution Nine Limited at Uttara and shut down their office. The company was peacefully operating at the location for many years.

Referring to the shut down, Kabir said, “These shutdowns without any prior notice not only put these firms at harm’s way but also obstruct the activities to build a Digital Bangladesh. Another IT firm in Uttara was shut down for the same reason. We feel these activities are not beneficial for the IT sector of this country and go against the digitalization campaign of the government.”

BASIS Senior Vice President Farhana A Rahman said, “There is a difference in time zones with various countries in Europe, Japan and America. The office needs to be open for 24 hours if you have to work in their time. Most of the people employed in this sector work in a quiet environment with hardly any commotion from outsiders, so residential or non-commercial area is good for them.”

Those who work outside, they can conduct a meeting from home at 2 am in the night. So definitely there will be some problem if it has to be in an office. Neighbors may complain but if the office and the group are small enough, there won’t be any problems for them.

The measures taken to boost up the IT sector

The BASIS President said, apart from various projects of the government’s ICT department, many incentives to encourage entrepreneurship and startups business of the company are being taken. BASIS has continued its private initiative to support the business of these startup companies.

On the other hand, said Kabir, there is no standard for IP valuation of software and ITES in this country which cannot be shown as capital essential for operating business. Commercial banks are also not interested to finance such companies. Many entrepreneurs cannot take a bank loan even if they want to. So it becomes extremely difficult to pay rent at the commercial rate.

“For building Digital Bangladesh, government has already taken initiative to build 28 Software Technology Parks (STP). When these STPs will be in use then we believe BASIS member companies will be accommodated in those STPs. Hence, at that time BASIS members don’t have to rent/use non-commercial office space.

“You are aware of the fact the current government has set its goal to create a Digital Bangladesh by 2021. BASIS is working hand in hand with the government to reach its goal of achieving one billion dollar in this year and 5 billion dollar export receipts by 2021.”