You are here
Home > News & Events > Local Events > ‘THERE IS POTENTIAL, BUT POLICY IS NEEDED TO MAKE BANGLADESH A POWERFUL DATA HUB’ 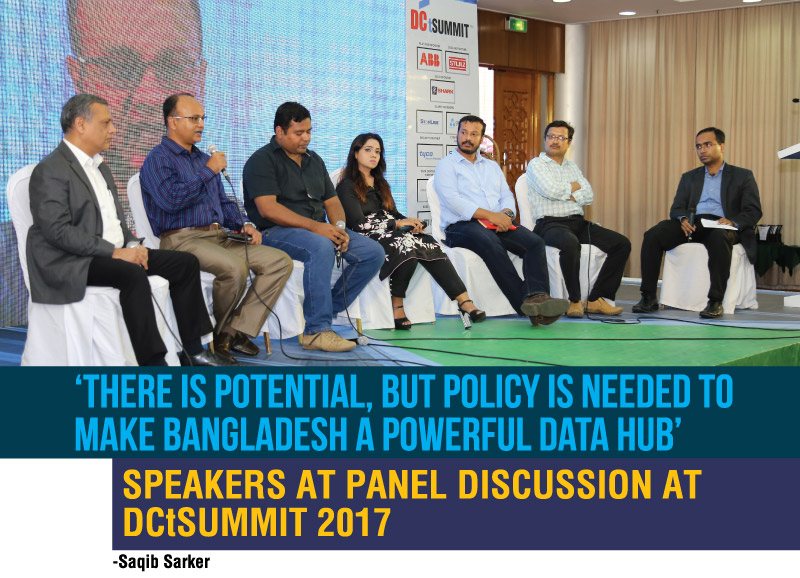 Organised by Data Center Professional Society of Bangladesh (DCPSB) and Data Center Infrastructure Consultancy (DCiCON), the two-day long Data Center Technologies Summit 2017 (DCtSUMMIT) hosted a number of panel discussions. On the second and final day esteemed industry experts got together to talk about Bangladesh’s potential for becoming a data hub in the region, as well as in the world.

“We are providing all kinds of facilities. The infrastructure is already there. We are hosting server sharing and hosting email services. So, you can come to us and have a one-point service,” said Mahreen Nasir, one of the panelist and Director of Mir Telecom and Coloasia. She was describing what kinds of services are available at Coloasia, which is one of the largest data companies in Bangladesh.

Mahreen informed the panel and the audience that Coloasia is on its way to build a second data centre in Dhaka, which will be among four others that Coloasia has across the country.

Moderated by Solution Architect of Internet of Things (IoT) at Grameenphone Ltd, Azfar Adib asked the panelists if Bangladesh has the resources or the expertise to expedite the process of making the country a data hub. “I can’t really claim that we have enough resources. But we want to have the local resources. We have a lot of certifications done every year. But our local entrepreneurs do not have enough confidence in them. If you can get rid of this tendency and allow our engineers to work on our systems and make their mistakes then it is possible for us to grow expertise,” said Lt Col S M Saiful Islam, GSO-1, IT Directorate, Bangladesh Army.

SHARED DATA CENTRE IS THE FUTURE

“World-wide the trend, in terms of cloud computing, people are not building their own data centres. More and more companies who have 10/15 data centres, are reducing them and shifting those loads to Amazon or Azure or Google and players like that,” said Dhruv Singhal, the head of Solution Architecture at Amazon Internet Services.

Singhal said that one of the reasons for this is that it is faster compared to building up your own data centres. It is more efficient to have a big centre shared by many organisations than each of them building their own separate centres, he further said. It requires own power plant among many other requirements and that is a bad use of resources.

Sayeef Rahman of Jadoo Digital humorously drew the equivalence of not having own data centre to keeping one’s food in another person’s fridge. “That’s why we thought we would build our own. We use everything open source. We do not have anything from any of the top tier providers. We are a hundred percent open source. We built everything from the scratch,” he told the audience.

“You will be surprised to know that Bangladesh has 400 GBPS Internet consumption in the peak hours, as per BSCC. That’s what BSCC gets from all the ITC providers and they go through BSCC gateway. We cater to almost 60 percent of our entire countries traffic from our data centre,” Sayeef Rahman informed. He further added that with 160 million population Bangladesh has every opportunity and reason to become a data hub.

Speaking about the importance of connectivity Md Zobair Khan of Fiber@Home Global Ltd said that Bangladesh is completely ready with the infrastructure, network connectivity and reachability. “Our whole industry is working to achieve that goal. If you look back 10 years ago, we had a very limited amount of Google cache in Bangladesh. In last 10 years we have [had] around 50 Google cache placed all around Bangladesh to different ISP operators,” Zobair Khan said.

Bangladesh also have around 10 to 15 Akamai cache in addition to other caches being sent out to the country by other organisations. “This means that the amount of data has increased at a very high level that now they are facing trouble sending all this data from remote locations,” Khan added. That’s why these companies are placing their cache nodes in Bangladesh, he concluded.

When asked by the moderator what Amazon will be looking to achieve if they want to come to Bangladesh in the future Dhruv Singhal said that there are multiple factors that Amazon look at when building a data centre. India has just one so far, he informed, which was only built last year. “Typically the way it works is that there is a business demand part of it; and from our perspective there are certain elements that need to be present. And these are present now. Connectivity is there,” he said. 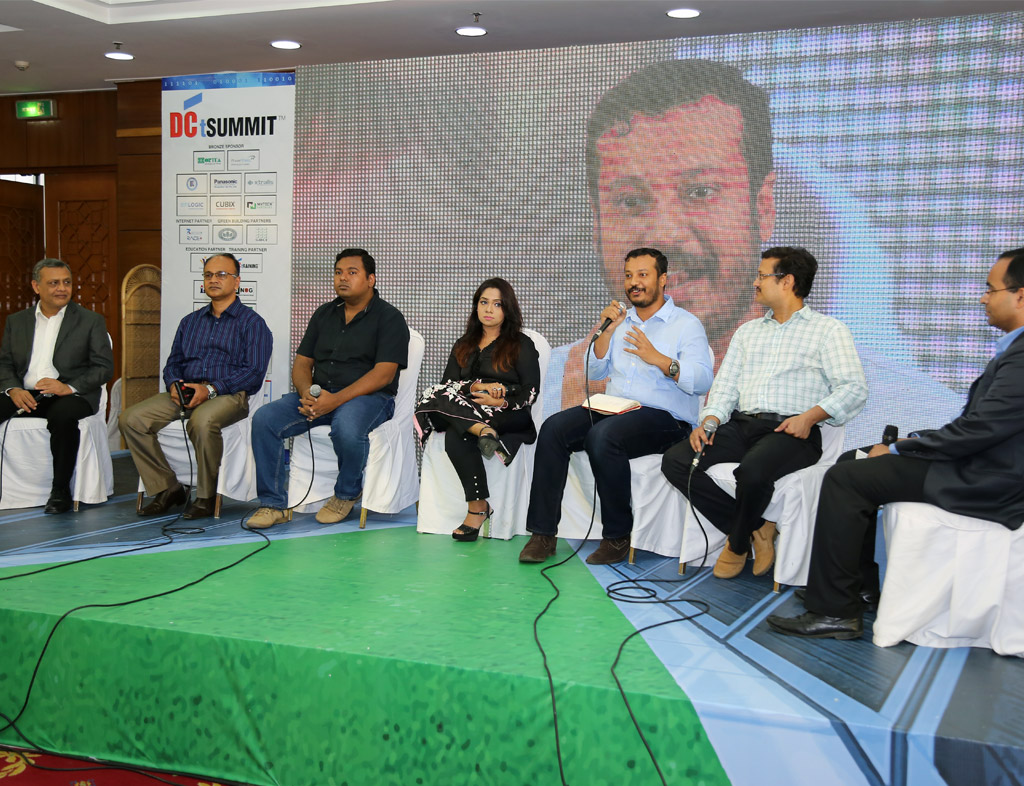 Dhruv Singhal said that another crucial part of the equation is whether the local business need data centres. “For that I think Bangladesh is in a very very good position. The intellectual capital is there. There are lot of people who can launch startups. I think if that part grows then Amazon and other companies like Google will build data centres here,” Singhal explained.

Talking about policy and regulations concerns the panelists agreed that fleshing out clear and detailed policies is a must. “We had already talked to Google and everything was finalized. They were ready to have us host their data. But then they ask for security by legislation. They require that their data will be protected by the law so that no one can access that. So, we can’t provide that yet. That’s what we are lacking,” said Mahreen Nasir.

“From policy aspect government can play a role by initiating some helpful policies for the industry. If we need to avail a cache node we need a written no-objection certificate from BTRC, which is supposed to be submitted to the customs to release your hardware. If we have to go to BTRC or other bodies every time we get a cache from a CDN then that is a challenge,” Md Zobair Khan, Manager, IIG & ITC, Fiber@Home Global Ltd said.