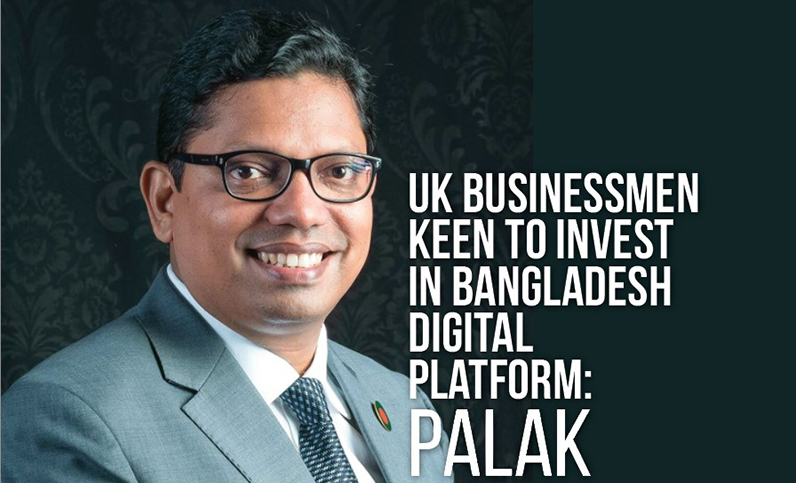 The state minister said this at a press conference after his meeting with a 24-member UK delegation, including some businessmen, at his Bangladesh Secretariat office in the capital.

Palak said the British delegation wanted to know about the facilities being provided for the foreign investors here.

“During the meeting, I highlighted before them about the advancement of ‘Digital Bangladesh’ in last 10 years and different initiatives and facilities for the foreign investors,” he added.

Palak informed that some British companies in the meantime have invested in Kaliakoir Hi-tech Park, the first ever hi-tech park at in Gazipur district.

Referring to the ‘Digital Bangladesh Vision’ of Prime Minister Sheikh Hasina, he said IT industry promotion is one of the efforts under the vision.

“In last 10 years, we held several meetings with British prime minister, business representatives concerned and in continuation of it, British investment is increasing gradually,” the state minister said.

Bangladesh has earned Tk 1 million US dollars by exporting ICT to 60 countries and 10 lakh people have got employments in this sector.

Palak hoped that the ICT export income would be five billion US dollars in next four years.