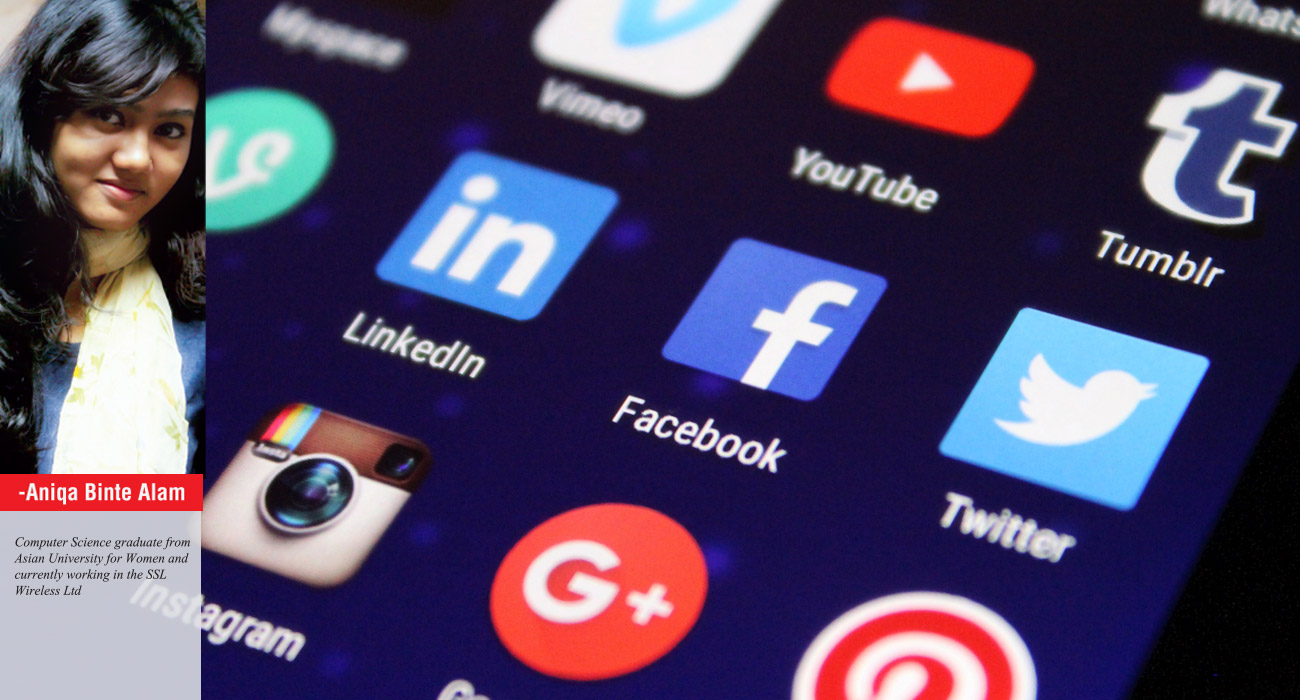 December 16, 2012. An Indian student got violently raped on a moving bus in Delhi and succumbed to an excruciating death.

Social media, especially Twitter and Facebook worked as a storytelling and discussion platforms where these articles were disseminated and discussed prodigiously. The collaborative role of traditional media and social media for igniting widespread outrage and arranging an unprecedented protest scheme was remarkable and highly appreciated worldwide. 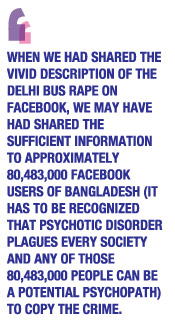 21 May, 2015. Reported for the first time in Bangladesh, A 22 year old woman was gang raped on a moving microbus in Dhaka. Media described this incident as “chilling echo/reminder” of Delhi rape case of 2012. Since then, there have been a number of similar gang rape cases in different parts of Bangladesh in a quick frequency. It has been reported by Dhaka Tribune (A leading online news portal of Bangladesh) on 15 February’18 that at least 21 women were either raped or gang raped on public transports across the country only in the last 13 months.

All these above-mentioned incidents may seem discrete; however, one may argue that one incident may have led to another one. It is high time for us to rethink whether the extensive media coverage as well as the detailed and sensational reporting of the gruesome Delhi bus rape case that we had shared widely over social media had produced a vicious cycle of copycat effects in Bangladesh or not.

According to Oxford Research Encyclopedia of Criminology, the term “copycat crime” implies that the occurrence of the crimes is influenced by prior exposure to media content and/or live criminal models. When we had shared the vivid description of the Delhi bus rape on Facebook, we may have had shared the sufficient information to approximately 80,483,000 Facebook users of Bangladesh (it has to be recognized that psychotic disorder plagues every society and any of those 80,483,000 people can be a potential psychopath) to copy the crime.

Besides, we may have had given these crimes and criminals a platform for fame by creating moral panic—the more the panic is, hypothetically, the more media coverage and social discomfort it will produce. We need to find a way to figure out how to strike a balance between the importance of sharing any criminal incident to inspire an organized protest and the greater interest of preventing copycat crimes. First of all, traditional media may take cautionary approach while reporting by not getting into every detail of the crime.

This is not a new concept. As stated in an article published in The Atlantic, the mass media coverage on suicides is very “careful, understated and dampened” in the USA since the wave of teen suicides in 1980s. The media has been voluntarily following the guidelines endorsed by the Centers for Disease Control and National Institutes of Mental Health ever since to reduce copycat suicides among teenagers. Similar guidelines may be implemented as well to prevent the rise of copycat rape cases in Bangladesh.

The above mentioned guidelines may not be implemented overnight. But in social media, we are in control of which posts to be shared and to get the attention.We generally share the crime news posts on our social media to raise awareness and to spark protests against these heinous actions. While sharing a news post, we usually do not carefully evaluate the content, authenticity of the news and its wider range of implications when shared with the mass.

Besides, we sometimes become Facebook journalists and unknowingly circulate information that may potentially invite troubles due to lack of our adequate knowledge about journalistic etiquettes. As a result, we may end up fueling copycat crimes by feeding potential psychopaths with sufficient information when our ultimate intension was just to raise awareness.

We can start considering these factors from now, soon before we share the next post on social media. If a post is a complete narrative of a criminal action and one can visualize every step of the crime reading the narrative, let’s refrain ourselves from further circulating it.